I’m excited about Arts+Culture going statewide for several reasons, one of which is that it gives me an excuse to combine two of my favorite activities – road tripping and looking at art – on the boss’s dime. I’m such an art/road-trip nerd I spent my summer getaway touring museums across the Midwest – not on the boss’ dime, alas – only to head up I-45 to attend a panel discussion at the Dallas Museum of Art the day after returning to Houston. A few days later, I was off to Austin and San Antonio.

Another reason is that the expansion gives me a broader platform from which to urge my city’s culture writers, for the love of God, to make the why-Houston-is-better-than-Dallas stories stop. Websites run these kinds of inane lists all the time, and Houstonia magazine revolved its August issue around the theme. The greater wealth of our universities and arts institutions was a key motif, as was what John Nova Lomax called the “egalitarian/elitist divide” between the two cities, which, he conceded, “are more alike than different” – but only on “the surface.”

“You don’t have to deck yourself out in designer gear just to grab a carton of eggs here, even at Central Market,” Lomax wrote. “We like to knock back beers in ice houses—they tipple themed martinis in ‘ultralounges.’” (Way to dig beneath the surface, Houstonia.) 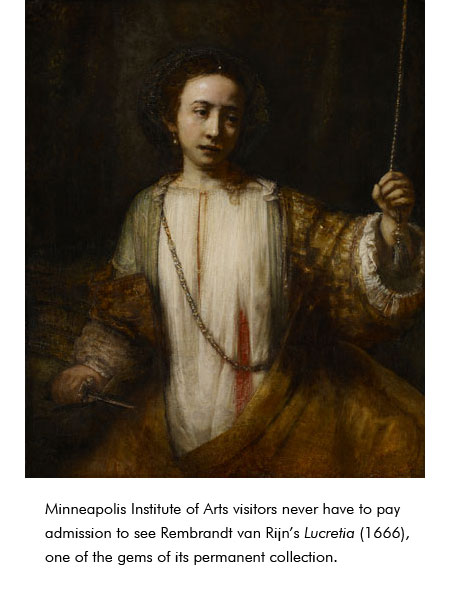 Straw-man comparisons aside, if Dallas really is that much snobbier than Houston, then the DMA deserves all the more kudos for welcoming every visitor with free general admission, while the much better-endowed Museum of Fine Arts, Houston recently doubled its admission with two fee hikes in rapid succession.

Initiated by DMA director Maxwell Anderson, the return to free general admission, along with free memberships to anyone who signs up, follows efforts by his predecessor, Bonnie Pitman, to ramp up visitor engagement. I found a similar combination of approaches in some of the museums I visited on my grand Midwestern tour, most notably at the Minneapolis Institute of Arts, which has both free general admission and a strong emphasis on engagement.

Examples of the latter include training docents to use iPads to get visitors to look more closely at artworks and employing a curatorial “content strategist” and a “chief audience engagement officer.” The MIA logged a record-setting 679,753 visits for the 2012-2013 fiscal year in a metro area about half the size of the Metroplex. (The DMA’s attendance has been stuck below half a million visitors for years, the Dallas Morning News reported last fall when Anderson announced the museum was going free.)

Perhaps, but Anderson couches the return to free admission as a bottom line-friendly move. “I would say it’s working better than we had forecast it in financial terms, which just goes to show you make more money by going free,” he says. “We’re a charity, and by acting like a charity, people step up and salute you. If you act like a business, you’re a lousy business as an art museum.”

By coupling free general admission with DMA Friends – a free membership program that lets enrollees earn “points” redeemable for free entry to ticketed exhibitions and other benefits – the museum is also learning more about its audience.  DMA Friends also earn “badges” signifying areas of expertise, “so if you come to the pre-Columbian gallery enough, you earn a badge,” Anderson says, citing a DMA collection strength on which he’s focusing renewed attention. (DMA Friends record gallery visits at kiosks or by scanning their smartphones, or, if they have flip phones, by entering codes into them.) 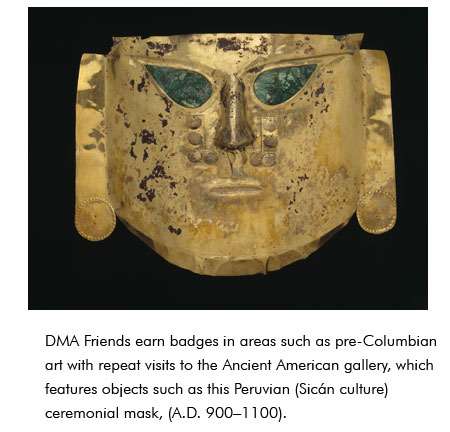 “Once we hit 25,000 friends, which we should do in a few weeks, we’re going to begin a more robust interaction with those friends,” Anderson says. “We’ll have a strong database of where they live, ZIP codes, ethnicity and income. We’re going to know a lot about who these very engaged people are and start to make that community feel connected to us in new ways experientially.” (The museum plans to include its findings when a website redesign is unveiled next spring.)

For now, Anderson says the museum is drawing “a much more diverse audience than we had before” without seeing a decline in the number of paid members, who are now called DMA Partners and hailed as philanthropists.

It’s a model I hope not only the MFAH but the Blanton Museum of Art and the San Antonio Museum of Art – as well as any museum concerned that going free will lead to austerity measures and undermine paid membership – will study carefully.

Museums stopped segregating by race decades ago; the MFAH, for example, discontinued the practice after John Biggers won a purchase prize in 1950, only to learn that the award ceremony was held on a whites-only day at the museum. Shouldn’t they stop segregating by class, too? Sorry, Houstonia, but this is one area where our encyclopedic museum ought to follow “elitist” Dallas’s lead.