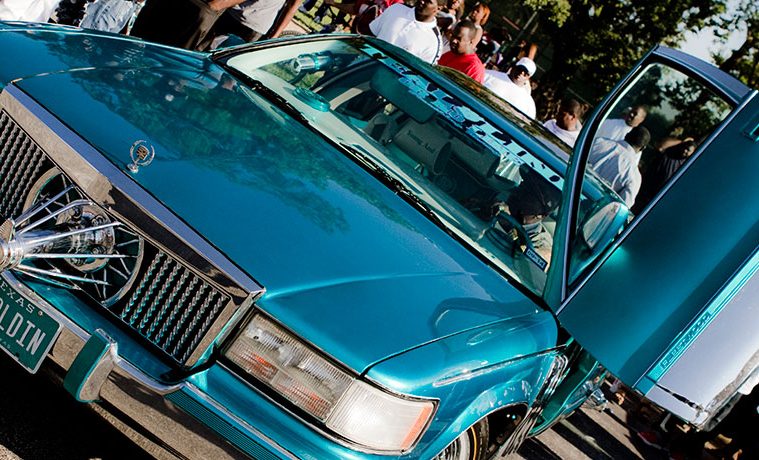 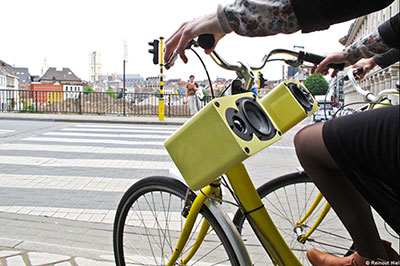 Kaffe Matthews, The Swamp that was, a bicycle opera, 2012. Photo by Reinout Hiel.

For three months this fall, Houston Arts Alliance, local artists and community partners call attention to Houston’s “love affair” with movement, transformation and reinvention through Transported + Renewed, a mix of community-based and contemporary art projects through the city’s East End. As love affairs go, this one is exciting but complicated.

HAA asked Pat Jasper, director of Folklife + Traditional Arts, to consider taking on the development of a “creative placemaking” proposal to the National Endowment for the Arts for an “Our Town” grant. These grants focus on communities or sectors of communities that are under-resourced and/or under-appreciated.

“I am a folklorist and that is my portfolio at HAA,” says Jasper, “but my knowledge of the arts is broad and my respect for communities and the importance of collaboration is central to all the work I do.”

And so Transported + Renewed was born, a project that celebrates the centennial of the Port of Houston and the inauguration of the Houston METRO East End Light Rail Line by presenting a bold mix of community-based and contemporary art projects in the city’s historic East End.

So what is it exactly about a community, neighborhood or specific location that makes it a good fit for creative placemaking? “In the early days, the new ‘placemaking’ movement was a sort of top down effort: Bring on the architects, urban planners, designers, etc., to identify what neighborhoods needed,” says Jasper. “The organization of Transported + Renewed has focused on existing, on-the-ground neighborhood assets, networks, sites and settings and has worked to infuse them with programming that is intended to further animate and invigorate.”

Jasper considers the East End as a place rich with opportunity, primarily because of its significant history, economy and demographics, representative of “Houston’s burgeoning Latino community and the growing crew of new young urbanists,” she says. “It hugs the urban core, yet is walled off by 59 and 45. There is real activism and energy that is invested in both retaining its identity and re-imaging its future. They grow out of the East End, as the city’s pathways to the Port, and as a sector that is changing along with all the changes in Houston neighborhoods.” She goes on to point out that Fall 2014 is the centennial of the Port and, if all goes well, the launch date of the East End light rail. For her and her collaborators, these were bookends to a three-month celebration.

The themes for Transported + Renewed are multivalent, but they are decidedly characteristic to Houston. Jasper explains, “The city and its residents obsess over how to get from one place to another, in all kinds of inventive and artful ways. Art cars, sure. But what about trail rides and bicyclists and low riders and marching bands and dragon boats and skate punks and matachines and SLABs and food trucks and paleteros? It’s a distinctly Houston phenom.” 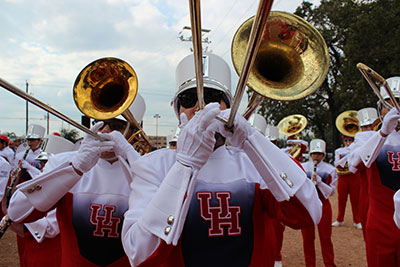 The programming is an intentional mix of projects at various locations ranging from folk to contemporary. For example, East End Bicycle Opera is “a sonic experience traveling on two wheels” from British sound artist Kaffe Matthews in collaboration with Nameless Sound and a host of East End residents. The bikes are equipped with speakers that react to GPS coordinates; cyclists create compositions based on where they go and how they pedal. The bikes will be available to the public, indefinitely, at Ripley House.

The three-month schedule of events also includes appearances of Bayou buoyant sculptures, public art works and performances, video installations, writing workshops and more. And a placemaking event like this wouldn’t be complete without East End Tours from Hear Our Houston, a hub of public-generated audio walking tours around the city created by Carrie Schneider.

Transported + Renewed doesn’t directly address the more disturbing and problematic issues of transportation in Houston, though it’s clear the proliferation of gas-guzzling SUVs, and trucks, the lack of bike lanes, and accidents involving both pedestrians and cyclists in the city cannot be overlooked. But when considering these issues in terms of creative placemaking, the goal is to make visible, tangible, and audible the distinct characteristics of a place—indeed, to see the “livability” of a place. Jasper believes that instead of focusing on the negative, it’s more effective to focus on the positive, thinking in terms of renewal.

“This project will serve to bracket and forward an awareness of alternatives and the value of artful interventions that direct our attention to such,” says Jasper. “Renewal is reinvention, transformation, re-imagining. Houston is doing that all the time.”