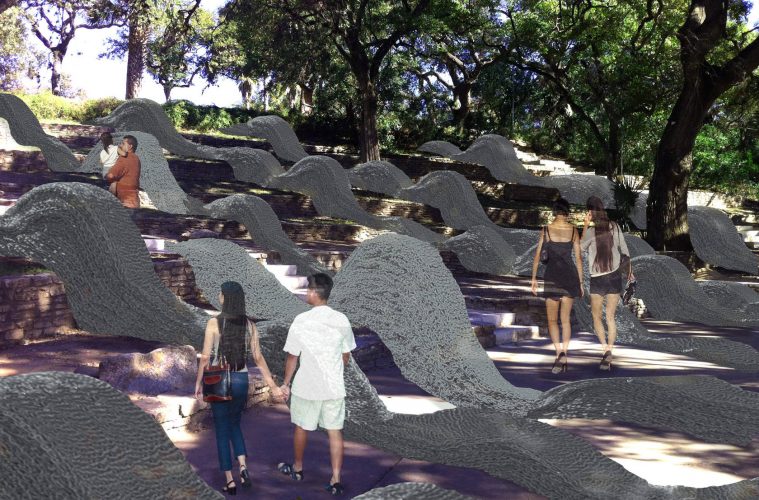 Many Mini-Milestones for The Contemporary Austin

IMAGE: Orly Genger, Conceptual rendering for Current, 2014, which will be on view May 3-Aug. 24 at The Contemporary Austin Laguna Gloria. Courtesy the artist.

Although it has been less than a year since The Contemporary Austin—formerly AMoA-Arthouse—unveiled its new identity, and a new program to go with it, the reinvention of the city’s civic art museum is noticeably taking shape. As envisioned by executive director Louis Grachos, the hybrid institution’s new mandate has called for developing a first-rate sculpture park for Laguna Gloria, the Contemporary’s historic estate at Lake Austin, through commissioning and acquiring work by an international mix of artists who also exhibit related bodies of work at the Jones Center downtown. 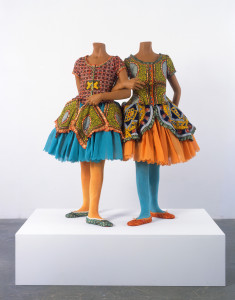 So far, the results have been encouraging. Artists Liam Gillick, Marianne Vitale and Charles Long have presented well-received solo exhibitions at both venues, reinforcing Grachos’s desire to link the two sites in visitors’ minds. Both Gillick’s colorful, painted steel Raised Laguna Discussion Platform (Job #1073) and five of Vitale’s Common Crossings sculptures—made from the 1,000-pound solid steel components that are used as switches to change the direction of trains—are entering the Contemporary’s collection, which will develop with the help of a competitive $9 million grant the museum won last year from the Dallas-based Edward and Betty Marcus Foundation. About $5 million of the grant funds the commissioning and acquisition of sculpture and site-specific permanent installations at the 12-acre lakeside estate. Another $2 million is dedicated to an endowment for the permanent maintenance and conservation of the works in what will be called the Betty and Edward Marcus Sculpture Park, and $2 million supports a series of commissions, exhibitions and public engagements for the Contemporary’s program at the park.

During a recent spring visit to Laguna Gloria, with Long’s Pet Sounds in progress and works from Gillick’s and Vitale’s shows remaining onsite, it was already possible to sense the sculpture park’s potential for integrating art into a natural setting. With April’s announcement that the Contemporary has hired Reed Hilderbrand Landscape Architecture to design a new master plan for the estate’s woods, meadow, waterfront and Italianate 1916 Driscoll Villa, the next phase of the museum’s transformation begins.

“That’s my opportunity to really get the board engaged and get the staff involved in thinking through a program,” Grachos says of the master plan, which is being supported with funds separate from the Marcus Foundation grant. “What do we need? What are the amenities? The orientation of the facility—how does that play into how we can better serve our audiences?” Those constituencies, Grachos notes, include not only culture mavens and students at the Contemporary’s art school, but the birding enthusiasts and naturalists who enjoy the lake. Grachos hopes to work with artists to create amenities, perhaps with functional architectural components, to appeal to each of those communities. Imagine a viewing platform created by Tomás Saraceno, the Argentine maker of experimental architectural environments, or by the boundary-blurring installation artist Jessica Stockholder.
More immediately, the Contemporary has been implementing the recommendations of an environmental assessment for the estate it completed last year. “We’re slowly removing invasive species and getting the grounds to start coming together,” Grachos says. “They were obviously feeling a little neglected. This new emphasis on getting things going there has really made us better stewards of the property.” 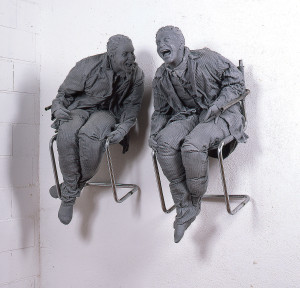 Next up at Laguna Gloria (May 3-Aug. 24) is a site-specific commission by New York-based sculptor Orly Genger. “It’s a beautiful work that she’s done with weaving and knotting lobster rope,” Grachos says. “It flows from the top of the amphitheater all the way down to the stage area and then right into the lagoon. So as part of my hope that we start getting people to think about art in natural settings that are not as traditional as you’d expect—the steel-in-the-ground type of thing—it’s important to have that.”

Through March 15, Genger also has an installation titled Boys Don’t Cry sited on the banks of Brays Bayou on the Bayou Parkland side of Houston’s Hermann Park.

Simultaneously on view at Laguna Gloria will be Glasgow-based artist Jim Lambie’s 2007 sculpture Secret Affair (Gold). “It’s a silhouette of a keyhole, larger than life, consciously placed in a landscape to frame the act of peeking in,” Grachos says. Lent by New York collectors Glenn and Amanda Fuhrman, Lambie’s sculpture inspired the title of—and will be the lakeside estate’s link to—the newest exhibition at Jones Center, A Secret Affair: Selections from the Fuhrman Family Collection. “Titles are always either too descriptive or too allusive, but we thought this was the right fit,” says Grachos, who organized the show with senior curator Heather Pesanti and approached the Fuhrmans at the suggestion of Austin gallerist Lora Reynolds.

Viewers who caught last year’s traveling exhibition Lifelike at the Blanton Museum of Art will notice overlapping themes and artists with A Secret Affair. Both shows feature works by Robert Gober, Maurizio Cattelan, and Ron Mueck; and A Secret Affair, like Lifelike, includes scale-shifting sculptures or images based on everyday objects—from Mueck’s eerily hyper-realistic Spooning Couple (2005-2007) to the larger-than-life nestled spoons of Subodh Gupta’s Spooning (2009). But the Fuhrman Collection show more broadly addresses what Pesanti, writing in the Contemporary’s first catalogue produced under its new identity, describes as the “layers of meaning embedded in representations of the human form and the complex relationship between the dialectics of the viewer and the object.” Expect works by Matthew Barney, Louise Bourgeois, David Hammons, Felix Gonzalez-Torres, Jim Hodges, Anish Kapoor, Juan Muñoz, Kiki Smith, Gillian Wearing, and others to tease out those layers, often with great subtlety and wit. 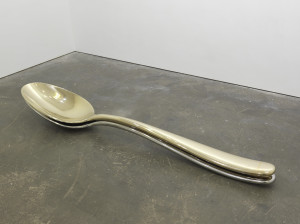 “(Fuhrman) has relationships with artists in the way that, when you look back at history, great collectors do,” Grachos says. “(Seymour) Knox was very involved in going to studios and really getting to know the texture of the work through the artists’ words and visiting and so on. That’s one thing about the Albright-Knox that I really respect.”

This fall, Grachos and Pesanti, who followed her former boss at the Albright-Knox to the Contemporary, will continue their own relationship with the renowned Korean artist Do Ho Suh. For Jones Center, Pesanti will curate a survey of Suh’s architectural spaces and appliances that Grachos says will be “small but substantial.” At Laguna Gloria, Suh will refabricate Net-Work, an outdoor installation in which the woven “fibers” of the netlike structure turn out, on close inspection, to be interconnected human figures.

“My hope was that we could find artists who would want the challenge of both venues, because I think the important message to our community is that we’re now one institution with these two very different venues,” Grachos says. “You can do that by reinforcing the idea through programs and exhibitions. Charles (Long) was really committed to that idea, and I think Do Ho likewise, because he’s done a lot of work in outdoor settings. He’s very sweet and diligent, but you just marvel at how he’s able to execute these incredible projects that are not easy on any level.”

In 2015, Pesanti will curate an exhibition of experiential art featuring works by historical figures such as Yoko Ono, Bruce Nauman, and Paul Sharits alongside those of younger artists, including Trisha Baga. Featuring performance, film and installation, that show will fill not only Jones Center and Laguna Gloria but spaces at the University of Texas’s Visual Arts Center, with additional performances at various artist-run venues.

“I think it will be a good, important show for us, to step out into that nice range of providing some historic context with newly commissioned installations,” Grachos says. “My hope is that we do more and more work outside of the context of our buildings.”