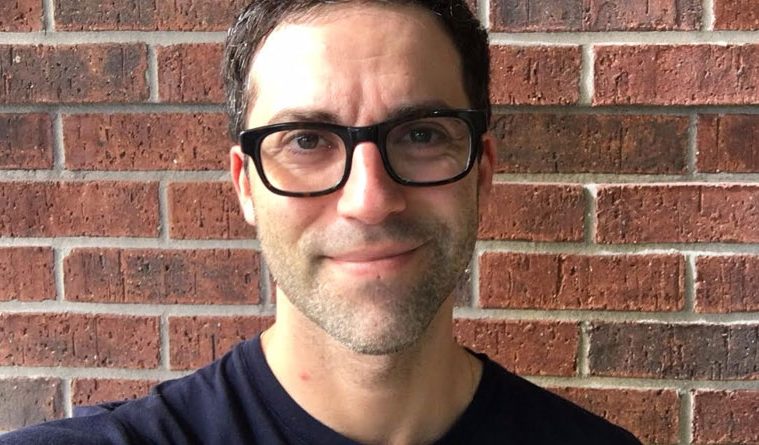 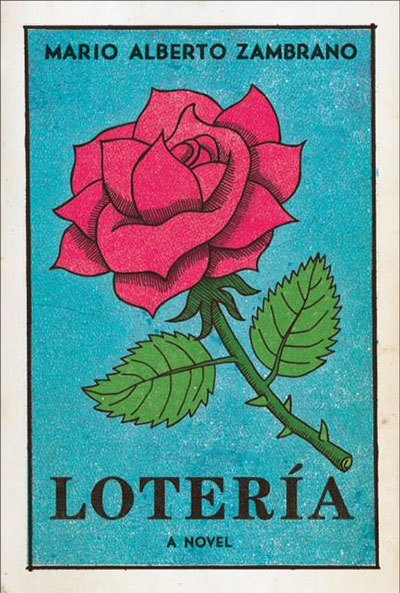 Mario Zambrano was an accomplished contemporary ballet dancer before turning to writing fiction. His dance career has taken him to Israel, The Netherlands, Germany, Spain, and Japan, with stints with Hubbard Street Dance Chicago, Netherlands Dance  Theater, Ballet Frankfurt, and Batsheva Dance Company. Zambrano graduated from The New School as a Riggio Honors Fellow and the Iowa Writers’ Workshop as an Iowa Arts Fellow, where he also received a John C. Schupes Fellowship for Excellence in Fiction. Loteria, his first novel, was a Barnes and Noble Discover Great New Writer pick for Fall 2013, a finalist for the 2014 Writers’ League of Texas Book Award, the 2014 John Gardner Fiction Award, The Texas Institute of Letters Book Award 2014, and the 2014 International Latino Book Award. Loteria was hailed as a best book of 2013 by Booklist, The Village Voice, School Library Journal, and San Antonio Press. His writing has also appeared in FiveChapters, Guernica, Brooklyn Rail, and has been anthologized in Best Gay Stories 2014 and Narrative 4’s How To Be A Man project. He has been awarded fellowships from MacDowell Colony, Yaddo, as well as Hawthornden Castle in Scotland, and is currently working on a new novel. A + C TX editor in chief Nancy Wozny visited with Zambrano about his transition from dancer to writer, his new work and his return to Texas.

Before we talk about returning home, when did you leave and why?

I graduated from HSPVA when I was sixteen years old because I wanted to spend a year in level eight at The Houston Ballet Academy. But during my senior year I auditioned for Hubbard Street Dance Chicago when they came to perform at Jones Hall during the fall of ’93. I learned a solo from ‘The Golden Section’ by Twyla Tharp two hours before curtain (it was an impromptu audition and the director at the time, Lou Conte, cut his dinner short to come watch the few dancers who were auditioning). My life took a very unexpected turn that evening. Lou called me into one of the dressing rooms on stage left (his office) and told me he’d hire me that second if I weren’t in school. Ecstatic, of course, I starting making plans. Three days after I graduated, ten days before I turned seventeen, I left Houston and moved to Chicago. 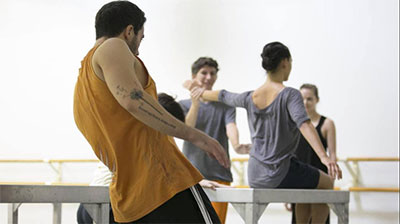 That was an abrupt departure from Houston! Then from Chicago, your dance career took you all over the globe. Can you give us a flash recap?

While I was in Chicago there was a lot of talk about this incredible European company that was almost impossible to get into, Netherlands Dance Theater. At the time, NDT was only offering contracts to their junior company, NDTII, and a dancer had to be between 18-21 years old to audition. All of my co-workers urged me to do audition, and I did. In January of  1997, when I was twenty, I moved to Den Haag to work for  Jiří Kylián.

Joining NDT opened a lot of doors. I worked with Hans Van Manen, Ohad Naharan, Nacho Duato, Paul Lightfoot, Johan Inger, and of course Jiri Kylian, which was incredible. But I enjoyed working with Ohad so much that when I was offered a contract to the main company at NDT three years after I arrived, I turned it down and accepted a contract to Batsheva Dance Company in Tel Aviv instead.

I am astonished by the choreographic DNA you are carrying in your body. How long did you stay with Batsheva?

Just a year. I was burnt-out, not just from my time in Batsheva, but from the accumulation of so much traveling and culture shock. Also, I was in a long-distance relationship. My boyfriend was Spanish and he wanted to be a full-time choreographer, so we decided to moved to Spain to start a new life. At the time, a friend of mine was dancing with Ballett Frankfurt and had asked me to participate in a site-specific improvisation at the Bockenheimer Depot in Frankfurt, which I agreed to. The morning after the performance the company manager approached me and told me William Forsythe was inviting me to the company. Of course, I accepted, and the following five years were spent free-lancing with Ballet Frankfurt while taking online classes in literature. 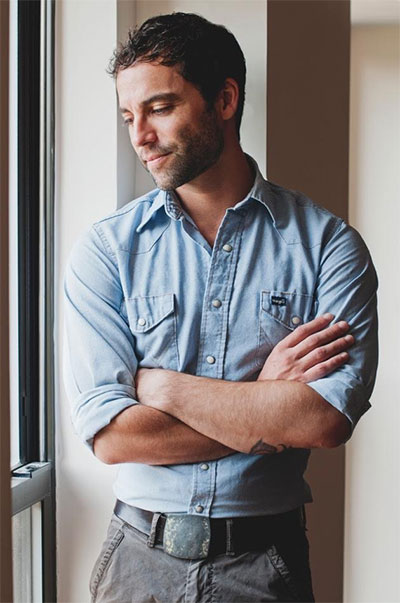 Did you develop a writing practice at that time?

One of the online classes I took with Open University was a fiction workshop. I’d never written a story, and I don’t remember having to write one in high school. But I bought a journal and dove in. Getting an A in that class, which wasn’t entirely hard to do, gave me not only the encouragement that I needed but the taste of what it might be like to be a writer, to sit at a desk in solitude and exercise creativity. And since it paired so nicely with my quiet disposition, I started buying more journals.

I’m thirty eight now, writing my second novel, and am as surprised as anyone that I’ve decided to move back home. After finishing graduate school two years ago (and being blessed with an advance from my first book that has given me the freedom to choose where I want to live), I was tempted to return to New York City. But it’s not a surprise to anyone that after so many dinners and cappuccinos, which is pretty much how I spend my time after the studious mornings I try to demand from myself, and the costs of rent and living expenses,The Big Apple is just flat-out too expensive. So where should I go?

Houston, of course, but carry on, as you were saying…something good about Houston.

In the last couple of years, every time I’ve come home to visit I’ve noticed how much Houston is changing. Granted, topographically some of the only views we can get close to admiring are the crests of I-10 or I-45 interlacing with Beltway 8 (if we live that far), or the fields of bumper to bumper traffic on I-59 when everyone is eager to get home. That hasn’t changed, the exponential industrialization void of any kind of landscape splendor. But lots of things have changed and are in the midst of change: there is a new museum being built; a new theater; Main street downtown on a Saturday night is “happening” with bars and nightclubs when a few years ago it was filled with shadows instead of light; and the Bayou—the Bayou!—have you walked down the Bayou off Allen Parkway lately when the sun is setting?

No, but I will soon. Houston is changing, indeed.

Houston development is beginning to nurture the bit of greenery and recreation available to us, not to mention all the great coffee shops and restaurants that I feel are on par with other major cities. And—AND!—it’s affordable. I’m living in a comfortable one-bedroom apartment near The Menil, for which I pay the same amount for what I’d pay for a room in Bushwick. So, those are some reasons. Along with the fact that my family lives here.

Not only have you returned, but you have switched professions. I recall that the last time I saw your choreography, there was a literary element to it. Talk about the switch from dancing to writing.

Before I was interested in writing I went to see Ballet Frankfurt at the Brooklyn Academy of Music—this was before I was dancing with the company. To be honest, I hadn’t until that day seen a piece by William Forsythe piece that moved me, either intellectually or emotionally, which is odd because most of his work is infused with intelligent make-up. But it was a simple duet, poetic, between a man and a woman. In one section of the ballet the female dancer breaks out into excepts from Mrs. Dalloway by Virginia Woolf. She recited clipped sentences, jumping from one scene to another. I was so taken by the piece that once it was over I flipped through the program looking for the credits. In the coming years I’d read Mrs. Dalloway five times because of that piece, the title being ‘Woolf Phrase.’ And finally, after reading more of Woolf’s work, it was ultimately her novels that inspired me to become a writer. I’m attracted to text in choreography because on literal and abstract fronts you have two disciplines toying with the possibilities of narrative.

I’d like to get to your breakout novel, Loteria. I see it as a very performative piece, and visual in that the Loteria cards are very much part of the reading experience.

It’s true, the images are half the reading experience; they were also a part of the creative experience. The way I wrote that book is rooted in the dialogue between image and its evocation. The narrator, Luz, flips a card and remembers a scene from her childhood that resonates with the image. Of course, I needed to include a narrative through-line to hold the story together, but when I started writing the vignettes it was similar to the way a dancer responds to an improvisational task. Move like a hummingbird; you move with an emotional nuance you wouldn’t have found otherwise. Move without bending your right knee; you investigate a new movement quality derived with that limitation. In writing Lotería I was trying to engage with the kind of instinctual intelligence I’d experienced as a dancer but with a literary platform.

Can you give us a hint of what you are working on next?

For the last three years I’ve been working on a novel about a dancer in the Paris Opera in the late 1960s who loses his memory after a bicycle accident. I’ve been wanting to explore memory in the body and how it influences the recovery of amnesia. It’s also, in part, a eulogy to the protagonist’s mother, whom passes away when he’s ten years old. Her favorite ballet (she was a dancer, too) was Giselle, and in shaping the book, I’ve organized the chapters so that they follow the musical score, in effort to arrange the story as a piece of music played by the composition of memory. The working title is The Composition of Geromie Bel.