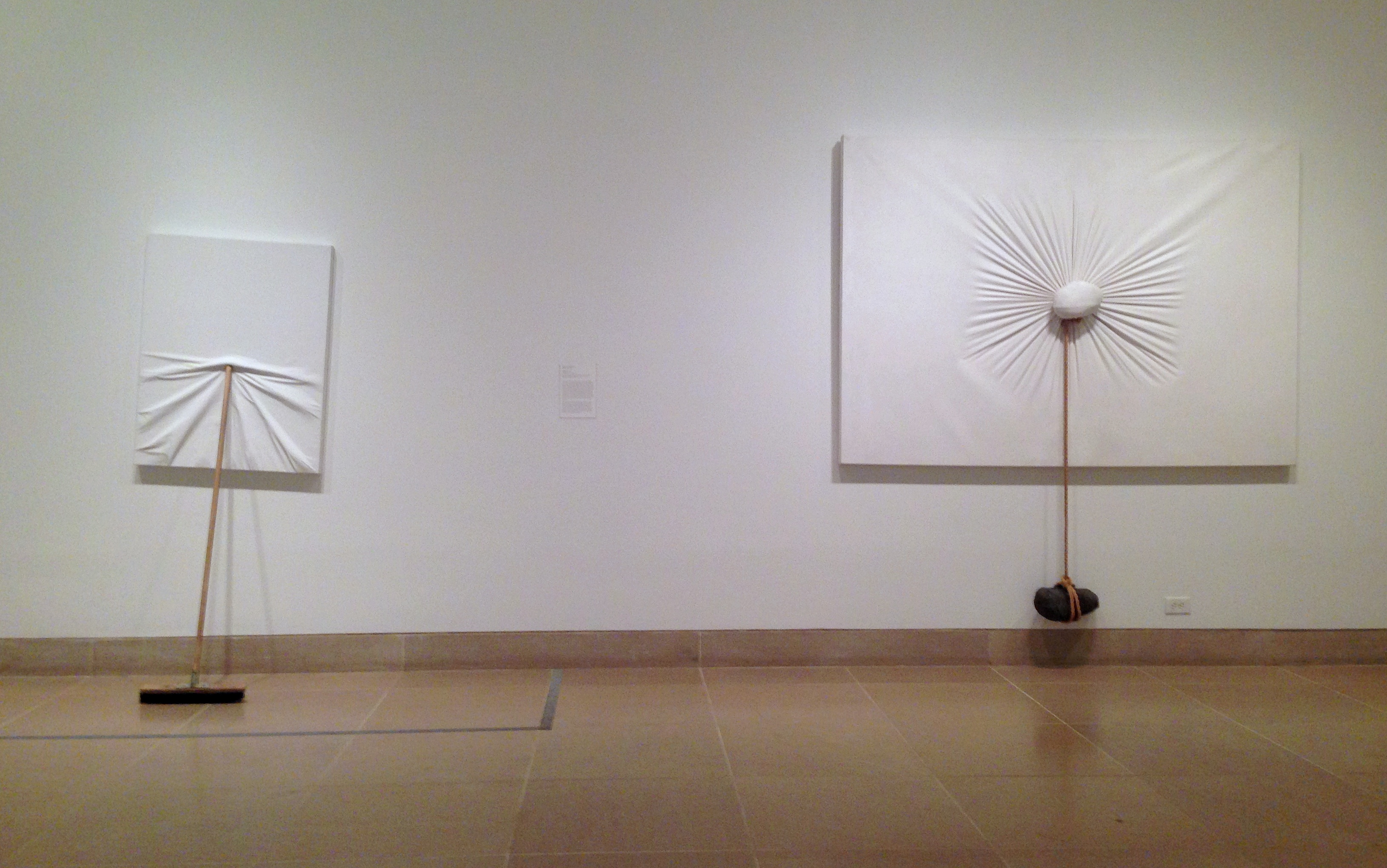 IMAGE: From left: Maurizio Cattelan, Untitled, 2009; and Nobuo Sekine, Phase of Nothingness — Cloth and Stone, 1970/1994. On view through July 20 in Never Enough: Recent Acquisitions of Contemporary Art at the Dallas Museum of Art

In last month’s A+C I spoke with Dallas Museum of Art assistant curator Gabriel Ritter about some of the juxtapositions in his new exhibition Never Enough: Recent Acquisitions of Contemporary Art. Because I’ve seen Maurizio Cattelan’s Untitled (2009), which the DMA jointly acquired with the Menil Collection in 2011, in a couple of different contexts at the Menil, I was curious to know where Ritter would put it at the DMA. Here’s what he had to say:

[I]n the DMA’s installation it will be alongside a piece by the Japanese sculptor Nobuo Sekine from the late 1960s Mono-ha (“School of Things”) group. Both of these are white canvases that are also sculptural objects, and the Cattelan has a sort of humor to it, but it also references so much art history—propping pieces by Richard Serra, readymade works by Duchamp; you name it—so there’s this very subtle, humorous gesture on Cattelan’s part. He references a lot of postwar art and also subverts it at the same time.

Nobuo Sekine’s is a much more earnest piece, but visually related. It appears that a large stone is impregnated into the canvas, and from that stone hangs a rope that is holding another stone, which is physically outside of the canvas. It’s much more about internal versus external relationships and how there’s a correlation of space between what is seen/what is not seen and inside/outside.

While Cattelan is playing on all these past references, someone like Sekine is contemporaneous to Arte Povera in Italy and to American minimalism. So while you have one piece embodying multiple histories, you also have other works that overlap with contemporaneous histories.

Never Enough continues through July 20 at the DMA.