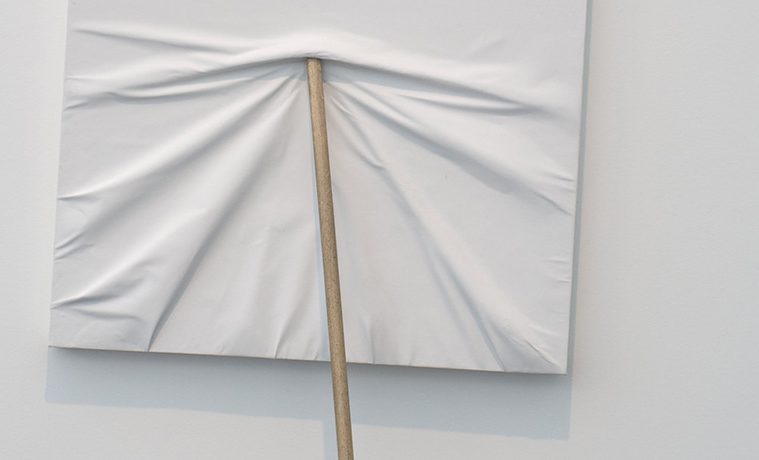 Too Much is ‘Never Enough’

DMA Unpacks Some of Its Newest Contemporary Treasures 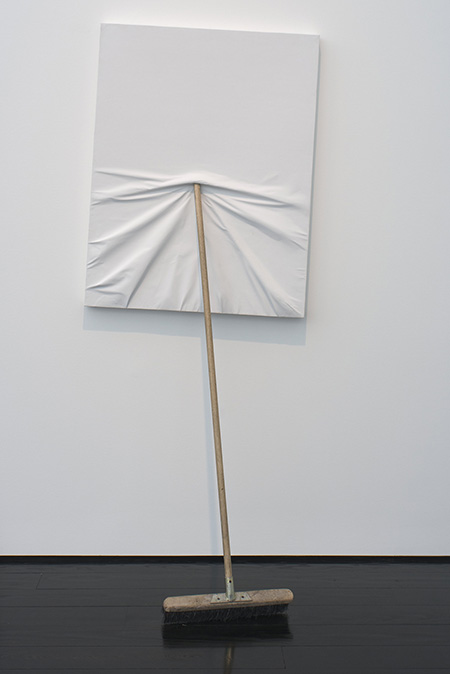 One of the Dallas Museum of Art’s strongest collecting areas is art made after World War II, but because the DMA lacks permanent gallery space for those holdings, shows like Never Enough: Recent Acquisitions of Contemporary Art represent a relatively rare chance to dive into them. A+C’s Devon Britt-Darby caught up with DMA assistant curator Gabriel Ritter to ask what visitors can expect to see.

A+C:  This show is focused on recent acquisitions going back how far?

GABRIEL RITTER:  It’s all work collected over the past four to five years. Never Enough is really focusing on areas that the collection has moved into, one of those being photography as a conceptual tool. We’ve also been collecting a lot more video installation over the past few years, but it takes quite a big to-do to put those together, so there’s only one large-scale video installation by Charles Atlas that will be on view as part of this exhibition.

While there’s not necessarily a theme, I think as the viewer walks through the exhibition, they’ll encounter new ideas that may be new to the museum as well. There’s some interactive artwork (including) a historical piece by Franz Erhard Walther that requires the audience to stand in and on the sculpture in order for the piece to be fully realized. Along the same lines, there’s a work from—I think it was 1955, but it was recreated in 1993—by the Gutai artist Atsuko Tanaka. You have to ring the bell in order for this piece to be activated. Just because it is very, very loud, I don’t think we will have audience members pressing the bell. It’s 12 bells that ring in succession, and it’s in the Barrel Vault, which will amplify it significantly. But we’ll have the attendants ring the bell at least once an hour, and if someone has come halfway around the world or is dying to hear the bells come off, I’m sure we can accommodate that. I think if we have people pressing the bell all the time it will be very, very loud.

A+C:  Yeah, that could wear thin after a while.

GR:  There’s also an undercurrent in several of the works. For lack of a better term, it’s that you don’t see what you get. They either employ trompe-l’oeil effects, or they employ a tricky use of materials where it appears to be incredibly heavy or made out of concrete, when in fact it’s made out of Styrofoam—or things that look lifelike but are in fact handmade.

It’s a sort of back and forth that artists have been playing with for a while, but more recently there’s an interest in materiality that confuses or confounds the viewer. 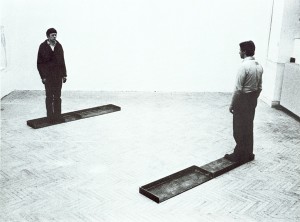 There’s a fantastic piece by Ugo Rondinone, the Swiss sculptor, that is this massive black gate. It’s over 100 inches tall, and it looks like it’s a doorway into a castle or another dimension, but it’s completely flat up against the wall. It’s only the material presence of the object that gives it this kind of weight or gravitas. Then there’s a small sculpture by Margaret Lee—a series of faux fruit that’s been painstakingly handmade out of individual molds, all hand-painted to look like actual fruit, but it’s not real.

So there’s an interest in materiality and also artifice. Those two things are definitely at play in the exhibition.

A+C:  The Maurizio Cattelan piece (Untitled, 2009) was a joint acquisition with the Menil, so we’ve seen it there a couple of times. One was during his exhibition when he was insinuating different works into the collection, and as you approached the Cattelan you could see a Jasper Johns (Voice, 1964-67) nearby. Then they put it in the Surrealism galleries for a while. I imagine it will have quite a different context in your show.

GR: Yes, in the DMA’s installation it will be alongside a piece by the Japanese sculptor Nobuo Sekine from the late 1960s Mono-ha (“School of Things”) group. Both of these are white canvases that are also sculptural objects, and the Cattelan has a sort of humor to it, but it also references so much art history—propping pieces by Richard Serra, readymade works by Duchamp; you name it—so there’s this very subtle, humorous gesture on Cattelan’s part. He references a lot of postwar art and also subverts it at the same time.

Nobuo Sekine’s is a much more earnest piece, but visually related. It appears that a large stone is impregnated into the canvas, and from that stone hangs a rope that is holding another stone, which is physically outside of the canvas. It’s much more about internal versus external relationships and how there’s a correlation of space between what is seen/what is not seen and inside/outside.

While Cattelan is playing on all these past references, someone like Sekine is contemporaneous to Arte Povera in Italy and to American minimalism. So while you have one piece embodying multiple histories, you also have other works that overlap with contemporaneous histories.

We have two works that very recently entered the collection, one by a German artist, Konrad Lueg, and one by Hisachika Takahashi, a Japanese artist who lived most of his life in either Europe or the United States. These are two paintings—one from 1966, the other from 1967—that are both examples of international Pop Art that come from a very different place than American Pop Art. 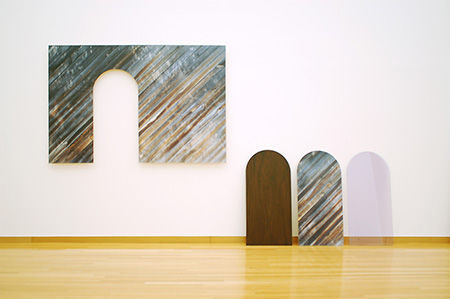 A+C:  Wasn’t contemporary Japanese art already a focus of yours before you came to the DMA?

GR: Yes, so I’m very comfortable and very familiar with the Japanese material. But what interests me most now that I’m at the DMA is bringing it to the public, but also to contextualize it with other work in the collection that helps create a more rich tapestry of how these works, movements, and artists either interacted or spoke to one another. It’s not just about creating a dialogue with one object next to another in a gallery, but really creating these meaningful connections between works from across the globe that are from the same moment that make you question what we know about art history, what was going on, how diverse some of this production really was.

A+C:  What is the title Never Enough about?

GR: I was trying to channel this sort of voracious appetite for the new. The DMA, we have a very intense and growing contemporary collection. We’re always bringing in new and interesting works. So on the one hand, it’s never enough—we can never have enough work in the collection to fully tell the story of contemporary art—and the other side of it is that we don’t ever get a chance to show all of it. Any opportunity to show what we’ve been up to lately just seems like a really exciting proposition.