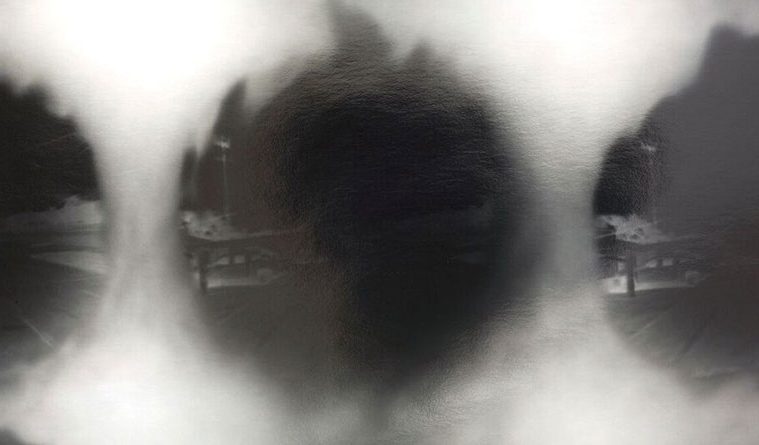 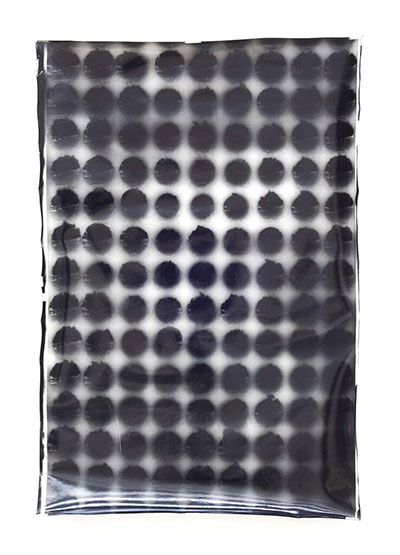 A Conversation with Adam Crosson

I find Adam Crosson tossing rough photographs the size of coffee tables across his small studio in the University of Texas’s sculpture department. Crosson is about to take off on a road trip to New Orleans and its outlying areas before the semester picks back up. In preparation for his trip, he’s been experimenting with a series of exaggerated pinhole cameras, roughly six feet tall and four feet wide, and is eager to show off the results of his roughly hewn camera work. Several rows of circular images, forming large grids, depict abandoned lots and concrete causeways. Cast only in black and white, the images are hazy and warped by the paper’s processing.  Crosson tacks a few more up as we begin to talk.

Crosson’s show in early 2015 (the exhibition Soft Wax, which opened at Austin’s Pump Project) introduced themes of industrial light sources and Crosson has taken the idea a step further in this current collection. Here, he focuses on the commercial sign structures, comprised of a few fluorescent tubes, some steel, and wiring, of abandoned businesses. These hollow configurations left glaring negative space that Crosson implanted with makeshift cameras. The photographs capture portraits of the underutilized, forgotten spaces from the vantage point of these knocked out signs. Crosson explains how these once-communicative beacons are left without anything to say. They’ve lost autonomy in a psychological sense and, more simply, a message, when you think about it pragmatically. I sit back and take it all in.

Adam Crosson sits neatly at the crosshairs of form and function. He studies both with a keen eye, and few of his pieces are immune from a structural slant, even if it comes across subtly. His perspective was honed through an architecture undergraduate degree, which has rendered Crosson’s work steeped in a personal connotation with visual structures that feel somewhat removed. It’s this dance between intimate and isolated that proliferates in Crosson’s art. It’s that pendulum that Crosson is hoping to capture as he travels to New Orleans. 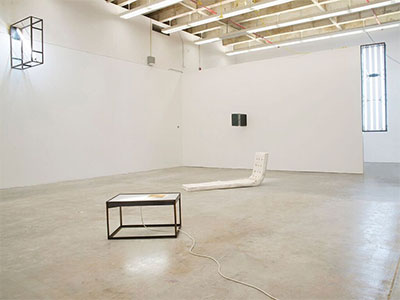 New Orleans is a city Crosson called home for a two-year stint. He’s debating whether or not to move back after his MFA program at UT wraps in May. This trip is serving as both a trial for his current work and a peek into a prospective future. We laugh over beers and rattle off our favorite places to eat in NOLA. We wrap for the night and schedule time to meet when he returns; almost a month later, I’m greeted by an entirely polished, seemingly brand new studio. Crosson has arranged his prints thematically and launches into his new approach, which includes the same shooting methodology but with his subject entirely changed. Gone are the semblances of community and decay, instead these new photos express the vast Mississippi river and its tributaries. “We finally got a place where we could get out, set up the camera, and shoot from the levy,” Crosson explains. “This [photo] is from Lake St. Catherine…this is from the lakefront of Pontchartrain, looking out towards the airport,” he clarifies as he gestures to the prints hanging before us. He elaborates that these first prints are mere experimentations in preparation for a larger project, in fact a larger singular photograph that he’s hoping to capture.

Crosson is entirely at ease in explaining his process. He doesn’t ramble on; rather he cultivates a story, little by little. Perhaps it’s a vestige of his architectural days but Crosson is methodical in his approach to crafting work. He understands his source material deeply and can quote art history texts as quickly as he can explain how he warps rebar. For Crosson, the narrative offers more weight than a string of individual pieces and the end product, while dense, shows the hand of an artist who is intimately living through his work.  “You can see here, that we move from a space of containment to these vast saturations of water,” Crosson continues. He cuts off, perhaps catching himself falling too deep into his own musing. “But there’s a nuance about my relationship with this place and where I am in life. All these things that I hopefully remain sensitive to, in terms of what I’m making and when I’m making it.” 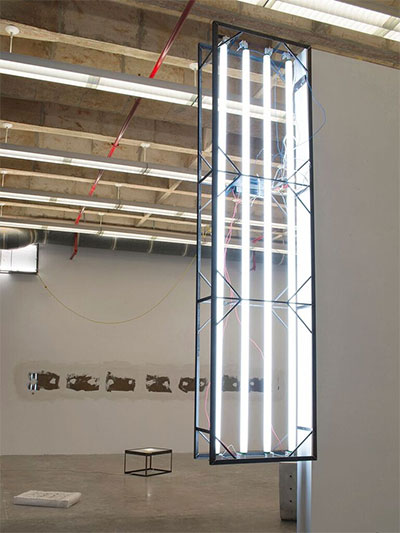 I note that this feels like a departure from where he was even three weeks ago. He smiles and unexpectedly says, “I don’t know what this is.” He alludes to a progression from his earlier work to these newer iterations, venturing that he might not have even seen the opportunity to shoot in a more natural setting had he not been working through the urban constructs of his first pinhole attempts. I raise the question of the public in both these photograph series. One set, the more urban, speaks to a populace that has migrated elsewhere, while his rural work contains no vestige of us as a people. “For these photographs, it’s an audience of one.”

Oscillating between conceptually elaborate themes and starkly pared down mediums, Crosson’s work is similarly embracing the audience of one – himself. The same dance his art mimics, the push and pull of communicating enough without overwhelming his spectators, is palpable in Crosson’s person. He moves in and out of conversation fluidly, seeming to enjoy the dialogue as a participant as much as a scholar. And as Crosson continues to evolve his practice, it’s this intersection of unbridled creativity and simplified expression that his best work shows.