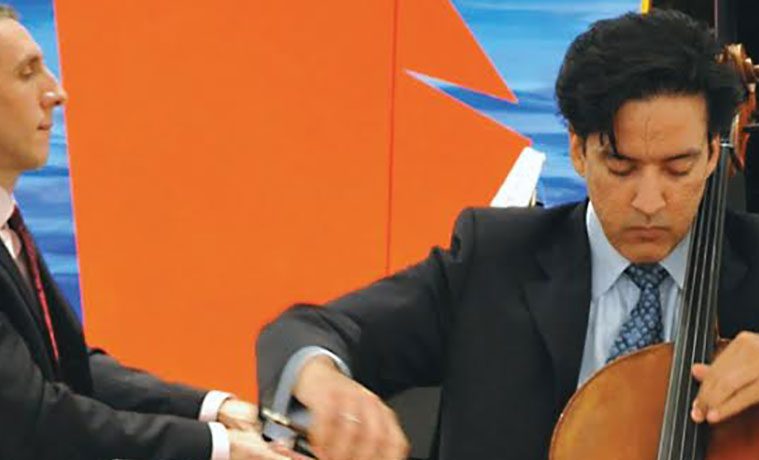 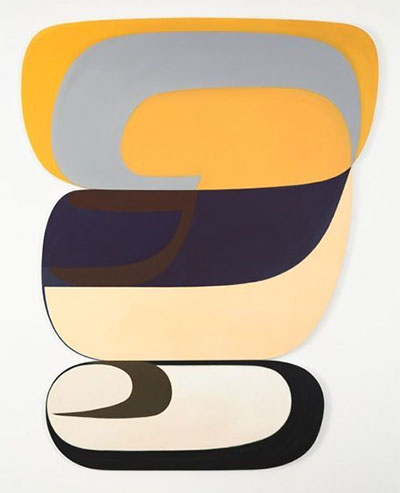 I get way too excited when I see a visual artist at a theater event, or a ballet dancer at a gallery opening. If you have been one of those unfortunate folk spotted by me at an event outside your home discipline and thanked profusely for leaving your specific arts cave to try another, I apologize. But truth be told, arts people stay among their own. Time (and money) is short, and often we hardly have the energy to get to all the things happening within our own disciplines. I get it. But, we become a stronger force when we know what’s going on outside of our own arts neighborhoods.

Some of the best arts mixing happens at the organization level. And it’s in this arena that there’s much to get excited about. I felt downright giddy at Aperio Music of the America’s season opening at Sicardi Gallery. First off, the acoustics were simply superb and a perfect fit for the fine young artists of the Rolston String Quartet, recently appointed as the graduate Quartet-in-Residence at Rice University’s Shepherd School of Music.

The program, “American Dreams,” with string quartets by Dvorak and Schickele, honed in on the idea of place. Music has such power to conjure images of land forms, mountains and wide open spaces. In a delightful twist of fate, the upstairs gallery featured an exhibit called Stories About Place with works by Gustavo Bonevardi, Dias & Riedweg, Cesar González, Liliana Porter and Melanie Smith. Audience members were free to wander upstairs to see the show before, after and during intermission. 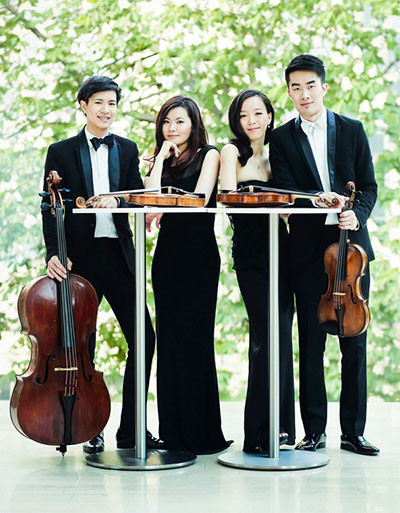 The Museum of Fine Arts Houston and the Houston Symphony just wrapped up a fabulous partnership when audiences were treated to the music of Ravel and Debussy, while selections from the MFAH’s Monet and the Seine: Impressions of a River were projected. Artful Thursday audiences got a taste of the show on Oct. 16 as well.

Musiqa regularly performs at the CAMH creating lively programs in conversation with the exhibits. In fact, a capacity audience showed up to see their show on Oct. 16 in conjunction with Right Here, Right Now: Houston, running through Nov. 30.

Mark your calendar for a Pop-Up Concert by Da Camera Young Artists at the MFAH on Nov. 22, which will also coincide with the Monet exhibit. It should be noted that Da Camera are leaders in the visual art/music connection world. 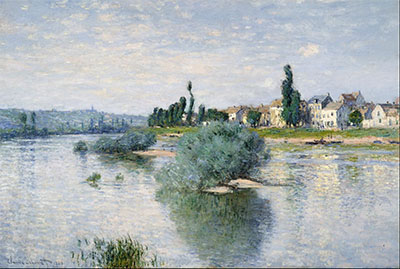 And this trend is by no means just about classical music. Sound-based performance artists the Flinching Eye Collective take over the Nicole Longnecker Gallery on Nov. 8 as part of their “Aberration” tour in Texas.

In Texas, we only need to look at the programming at the MFAH, Kimbell Art Museum, Dallas Museum of Art  and the Blanton Museum of Art to know that we love filling our museums with music. Keep it up Texas, I will be there listening and watching.