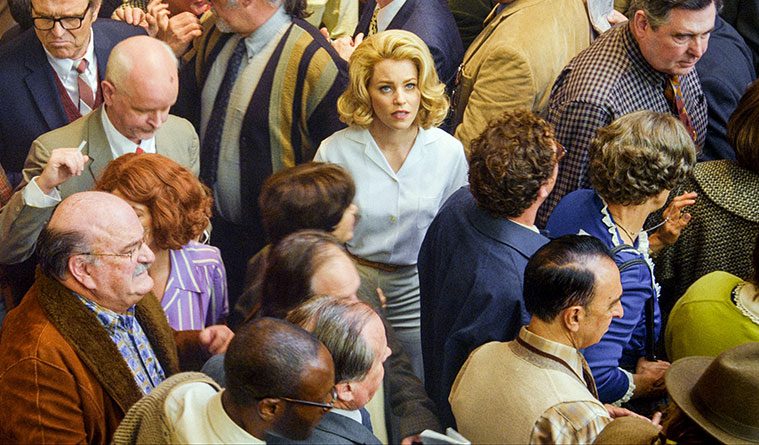 Alex Prager, Face in the Crowd, 2013.
Video still courtesy of the artist and Lehman Maupin Gallery. 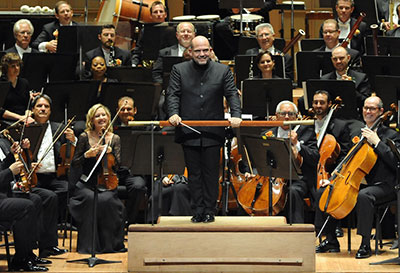 In Europe, for a century or in some places two, classical music has stepped out of the concert hall with the first warming breath of spring and not headed back inside until summer’s end. In Dallas, much the same is happening this month – except that many events are logically being held indoors, and music is taking on partners from virtually every other form of art. The first-ever Soluna International Musical and Arts Festival is upon us.

With a name (sun/moon) evoking the ambiance of a European summer outdoor festival, Soluna is a production of the Dallas Symphony Orchestra. Most assuredly, the orchestra and its visionary Dutch-born music director, Jaap van Zweden, will be everywhere, performing in groups large and small from May 4-24. Yet its partners in Soluna, in addition to guest artists coming in from all over the world, include not only the AT&T Performing Arts Center, but the Dallas Museum of Art, Dallas Black Dance Theater, the Goss-Michael Foundation, the Nasher Sculpture Center, and even the Perot Museum of Nature and Science. Like an evening of wine pairings, Soluna will be all about the magic that can happen when music meets film, movement, or visual art, in a setting nobody quite got around to thinking of before.

“Around the world, so many artists work with music, usually the more avant-garde, the more out-of-the-box— performance artists especially,” offers Anna Sophia van Zweden, Director of Festival Advancement—and she should know. With a dazzling resume of art curation in Europe and New York, she is also the daughter of DSO’s music director. He has often turned to her to create symphony events that attract people from outside the “classical music crowd”—in particular younger people like herself. “Before Soluna, there weren’t many opportunities in Dallas for this kind of collaboration,” says Ms. Van Zweden. “We want to make a new experience, to make classical music more exciting. It’s interesting to see artists of different disciplines working together. It’s a palette of colors we haven’t used here in Dallas before.” 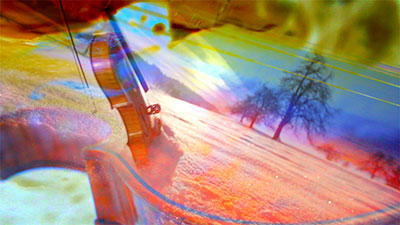 Soluna, which will be staged in the city’s dazzling Arts District, seeks to broaden the definition of both concert hall and audience. By combining different disciplines beyond the chemistry of what “happens” with the art, Soluna hopes to draw all fans of any one expression to experience all the others.

“Something like this stands for quality, if you ask me,” offers van Zweden, whose experience includes the Amsterdam School of the Arts, a major in Cultural Heritage at the University of Amsterdam, ongoing work toward an arts and business MA at Sotheby’s Institute in New York, and co-chairmanship of MTV/ReDefine, a partnership of the Dallas Contemporary and the Goss-Michael Foundation. “Soluna hopes to attract a crowd that’s not used to going to hear classical music. Every time I bring people to the Dallas Symphony who have never been, they love it.”

For this first Soluna, van Zweden has worked closely with her father, DSO president and CEO Jonathan Martin, and many others to create a program worthy of the year’s theme, Destination (America). Starting with a fact about art and artists—that many over the centuries have not only emigrated to America from many countries, but still others have traveled from here to enrich their work overseas—the planning team set to work. In 18 months, they have hammered together a festival that showcases classical music, while also weaving in the more innovative cutting edges of painting, sculpture and film. The hope is that Soluna will be an annual event, supported in part by funding from the Dallas Tourism Public Improvement District, as administered by the Dallas Convention and Visitors Bureau. 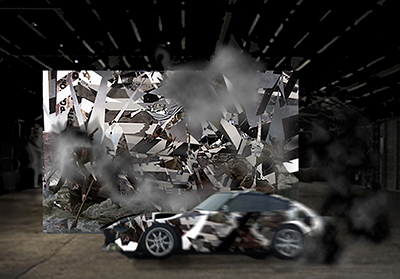 According to Martin, the explosion of art that transformed America in the 20th century was brought about in many cases by artists who’d left Europe behind. They came here for many reasons: greater economic opportunity or the chance to escape political or religious repression. Here they let their tradition and training find new, freer modes of expression, breathing the air in a land that seemed limitless in possibility.

“All of our partners and their respective disciplines were shaped by these fresh voices, some looking to express their native land and some looking to shed the old cultures and create a new identity,” Martin says. “That influx helped to shape modern American culture.”

As perhaps his favorite “for instance,” DSO music director van Zweden offers Antonin Dvorak. Dvorak was a Czech composer – from Bohemia, specifically. Though many successful European composers came to cultural capitals like New York, Boston or San Francisco to see or hear their works, Dvorak’s life was changed not by such experiences but by an extended visit to the small Iowa town of Spillville in the 1890s. Seeing the people there, nearly all from somewhere else, including Bohemia, nearly all committed to the American gospel of opportunity as a result of hard work, helped him understand something he’d never sensed before about human beings and their dreams of a better life.

A perusal of the Soluna program turns up two basic kinds of presentation: those involving pre-existing works of music  or other art, chosen for a fresh collaboration and interpretation, and new works commissioned for the festival. Both are important to the organizers, since both types of performances emphasize the living, organic and ever-changing nature of art itself. 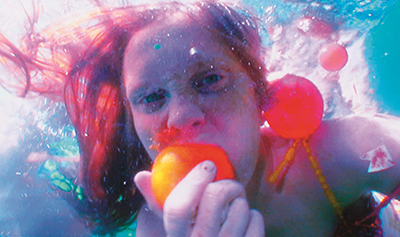 For the opening on May 6, the Grammy and Emmy winning composer Ali Helnwein has created original scores to three short films by artist Alex Prager: Face in the Crowd (2013), La Petite Mort (2012) and Despair (2012).  Another program, titled ReMix: Hollywood Exile, focuses on composers of the early 20th century—Schoenberg, Stravinsky, Korngold, Rozsa and others—who escaped the rising Nazism of Europe to create music for the movies.

The DSO has commissioned artist Pipilotti Rist to create an original video work to accompany a live performance of  Rozsa’s Andante for String Orchestra. Similarly, van Zweden will conduct the DSO in Leonard Bernstein’s Symphony No. 3, “Kaddish,” themed around the Jewish prayer for the dead and composed after John F. Kennedy’s assassination in Dallas in 1963. Yael Bartana’s recent film Inferno will be screened prior to these performances on May 14 and 16.

Francisco Moreno, a Dallas area artist with an international reputation, will contribute WCD (Washington Crossing the Delaware), his response to a painting by the German artist Emanuel Leutze intended to inspire European revolutions. May 15-17, Dallas Black Dance Theater presents the world premiere of a new work by Daniel Catanach, co-commissioned with The Hersch Foundation. On May 20, Soundings: New Music at the Nasher is an evening devoted to Schoenberg’s Pierrot Lunaire with soprano Lucy Shelton, songs by Kurt Weill and Bertolt Brecht, featuring actors Walter van Dyk and Liza Sadovy.

For sheer coverage, it’s hard to beat the chamber concerts curated by more than 30 DSO musicians, all organized around the Destination (America) theme. These range from Dvorak’s “American” Quartet and Bartok’s Contrasts to works by Korngold, Stravinsky, Enescu, Britten, Rachmaninoff, Ginestera, Golijov, Rands,and Maw. Ginastera’s String Quartet No. 3 will have a happy homecoming, since it was premiered in Dallas in 1974. Other highlights include a concert by the Meadows Symphony Orchestra at SMU and an interactive panel put on by the symphony, the Perot Museum of Nature and Science and the UT Southwestern Medical School exploring the bond between music and the brain. 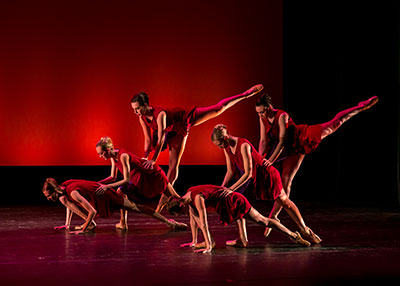 Although dance and music are old friends by now, Soluna does offer dance ensembles, like Dallas’ Avant Chamber Ballet a chance to perform on a bigger stage for a bigger audience than it has in the past. A landmark in the company’s development, the performance marks Avant’s first performance with the Dallas Symphony Orchestra at Dallas City Performance Hall. Featured will be George Balanchine’s Valse Fantaisie, Christopher Wheeldon’s pas de deux from The American and There Where She Loved, Paul Mejia’s Serenade in A, and the premiere of artistic director Katie Puder’s Endless Arc.

Many artists should feel resonance within the theme of Soluna, but one artist in particular understands the rightness of it all. Monte Laster has spent more than 20 years living in Paris and working through his art on displacement, identity and intercultural dynamics in of the most stigmatized government housing projects in all of France, the so-called City of 4,000. Laster premieres Destination, in Five Movements, a social sculpture commissioned by the Dallas Symphony Orchestra, on May 24 at Klyde Warren Park.

Laster finds the Soluna festival a profound reminder of his roots. “Growing up in a small town outside Fort Worth, Dallas seemed a difficult place for me to become an artist, or at least I thought so at the time,” Laster says in an email from Paris. “Rediscovering the Metroplex and its incredible world-class Arts District is truly astonishing. Participating in the Soluna Festival as resident artist is something I could have never imagined so many years ago. In my work, I always do as much as possible to create a moment of space-time transmutation. I simply hope this will be a time shared together that is engraved in the minds of the spectators, one that we all remember as a moment of wonder.”