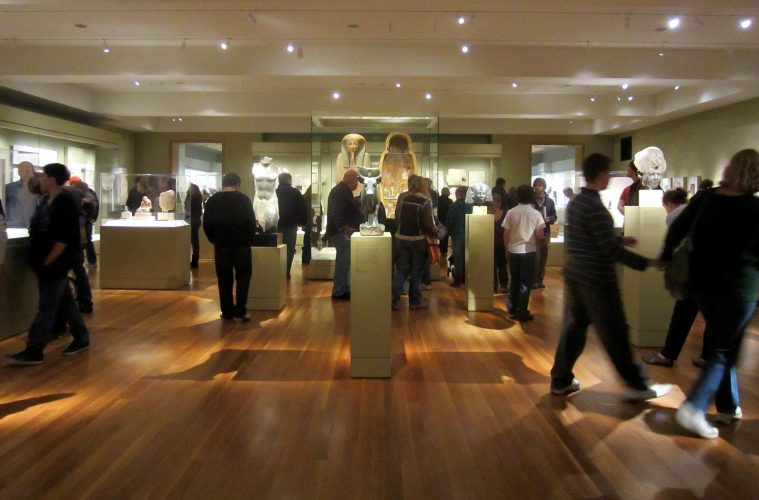 IMAGES: Vistors roam the galleries of the Cleveland Museum of Art, where Caroline Goeser served as director of education and interpretation, leading a reinstallation and reinterpretation of its permanent collection galleries. 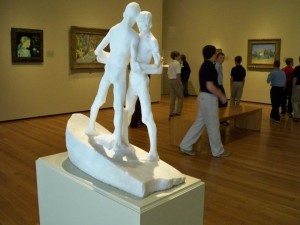 Upon learning that the Museum of Fine Arts, Houston has hired Caroline Goeser as W.T. and Louise J. Moran Chair of the Department of Learning and Interpretation, and that this department is the new name for the education department, two obvious questions come to mind:

First, does the name change signify a rethinking and/or broadening of the education department’s mission and how it meets it, and was it something Goeser encouraged the MFAH to do or something it wanted to do anyway? Second, will Goeser be leading a reinstallation and reinterpretation of the MFAH’s permanent collection, as she did during her six-year tenure as director of education and interpretation for the Cleveland Museum of Art?

I emailed MFAH communications and marketing director Mary Haus, who wrote back:

Yes, the renaming of the department is meant to reflect Gary (Tinterow)’s mandate to re-focus our attention on the visitor’s experience and perspective. Rather than the traditional, top-down, pedagogic model, we want to move to one that is participatory. It’s a direction that Gary had targeted from the beginning of his tenure, but one that Caroline has extensive experience in navigating. It’s too soon to tell what specific initiatives Caroline will undertake, but certainly the work she did in Cleveland brings an expertise and a perspective that will shape what she does do here. As for the collections, something we want to strengthen is the collaboration between curatorial and interpretive planning. But no, Caroline has not been asked to reinstall the galleries.

Also, just as an aside, something that I found remarkable about the search process was that over the past year Gary had invited professionals in the field from a range of museums – LACMA, the British Museum, MoMA, the Walker, the Nelson-Atkins, Worcester and also Caroline – to make presentations to staff, docents and trustees as a way of introducing us all to what museums around the world are doing in this area. There were about a dozen in all, and those in turn helped us all gain a context for this new direction, and also guided the final decisions around a candidate.

Goeser’s departure adds to the high-level staff turnover at the Cleveland museum in the months before and after the resignation of David Franklin as director in October, shortly after the museum presented him with proof that he had lied to trustees for 10 months to cover up an affair with an employee. Goeser declined to comment on the museum’s recent past.

Other recent departures include chief curator C. Griffith Mann, who left last year to head the Department of Medieval Art and the Cloisters at the Metropolitan Museum of Art in New York; and Jon Seydl, the Cleveland museum’s former curator of European paintings and sculpture, who left to become director of curatorial affairs at the Worcester Art Museum in Worcester, Mass.

Goeser said she’s particularly happy to work under Gary Tinterow, who was appointed the museum’s director in 2011 after nearly three decades at the Met, where he headed the New York museum’s department of 19th-century, modern and contemporary art.

“He is really gathering a wonderful group of people around him to rethink the vitality of the museum in Houston,” Goeser said. “He’s very interested in audience engagement and in seeing the attendance and audience at the museum reflect the incredible diversity of Houston.”

One way to help do that, of course, would be to eliminate one of the most obvious barriers to diverse audience attendance: general admission charges. The Cleveland Museum of Art is free to all, except for ticketed special exhibitions.