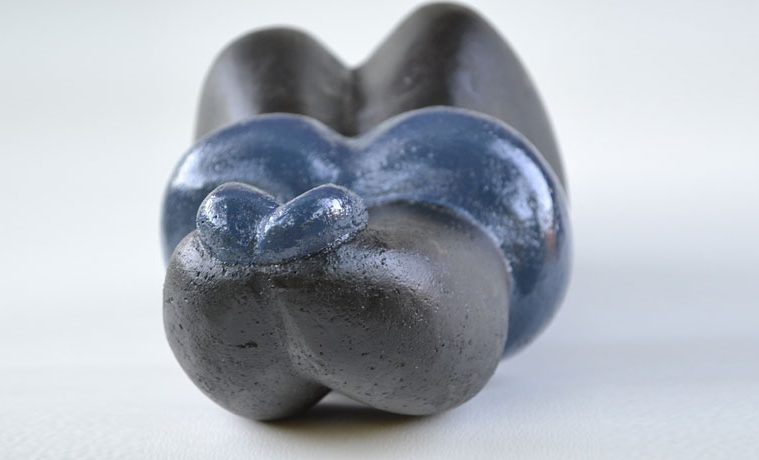 Over the years a few things happen when you write about local art— the most basic being that you become familiar with local work (and occasionally with the artists who make it). Another development might be having multiple opportunities to revisit and review the work of the same artists, link seeing how they evolve and change with time. And perhaps one of the more intriguing prospects rests with seeing certain artists paired together, particularly if those pairings combine artists who don’t know each other, yet whose respective work seems enhanced when shown together. Michael Blair and Angel Fernandez: New Work at Cohn Drennan Contemporary hits on all these points. 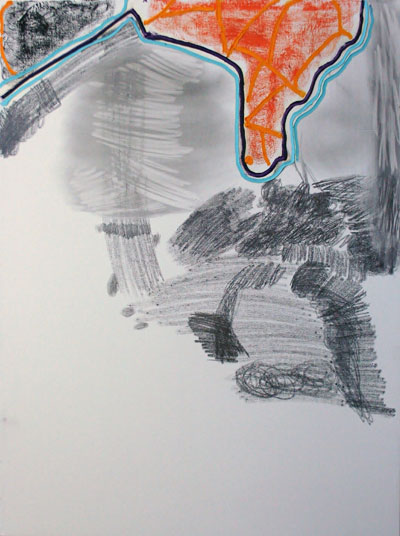 Michael Blair, untitled, 2013. Oil and graphite on canvas. Courtesy of the artist and Cohn Drennan Contemporary.

Blair, like many artists, remains interested in communication, in saying something with shapes and colors and marks that can’t be said with words. His desire to contemplate consciousness prior to language — regardless of whether the phenomenon of human consciousness can actually be distinguishable from the phenomenon of language — continues to successfully under-gird his exploration and play. Perhaps the uncategorized chaos of a universe and an existence without language just might best be rendered as colors, shapes, lines and treatments, all wordlessly singing together without apparent laws or reasons.

There are so many paintings in this show (no doubt to fill the spacious gallery) that it’s difficult to single out a handful. This does not mean that some of the paintings appear more successful or complete than others; rather, there are so many paintings doing genuinely titillating things that they — and you — might best be served by approaching them together (and seeing if you favor this or that handful over the rest). They also seem well?served by the company they keep, hanging alongside Angel Fernandez’s whimsically suggestive sculptures.

In this show, Fernandez’s sculptures appear in two varieties: larger steel works with a slight eroticism, having a definite dentine touch (yes, teeth), and his smaller, more suggestive — if elliptically androgynous or perhaps hermaphroditic — painted polystyrene works. The largest steel sculpture, Cerberus Number 2, shares the suggestive nature of the smaller works, seeming to be a reorganization or re-imagining of the testes, simply and immodestly adorned in a bit of red fabric. Another steel work, Meander, is less directly sexual and more angular and arachnid, a bodiless limb of multiple joints. And there’s a tooth: an affixed, though moveable, tooth, which —in the context of the other sculptures — seems a biting organ for copulation. It’s funny and odd.

It should be noted that, while Blair’s paintings are largely unaffected, Fernandez’s larger steel sculptures could be better served by traditional gallery or museum flooring — concrete or wood — instead of the tile currently comprising the capacious and otherwise lovely gallery space.

Alongside one another, Blair and Fernandez are complementary. Both are playful, but Blair’s paintings are true instances of free play and childlike release. Fernandez’s works, on the other hand, seem pointed toward another mode of release. And such juxtaposition shares and differs on enough fronts — from the formal to the conceptual — to more than justify the pairing. Besides the historical compatibility of sculpture and painting, there’s the prickly coupling of adolescence with eroticism: scandalous when explicit, amusing when intimated.