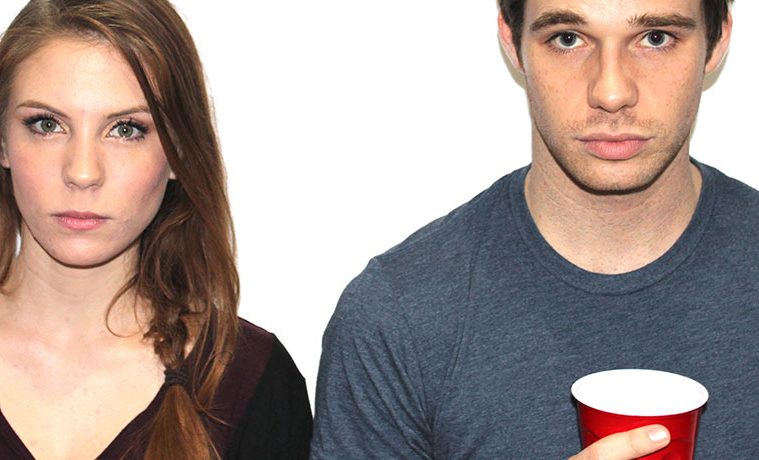 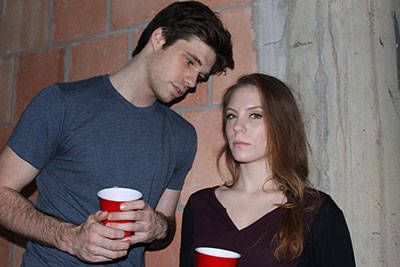 Black Lab Theatre’s Jordan Jaffe is at it again, producing plays that millennials can identify with, in the hope that they will be lured back into the theater. This time, the bait is Paul Down Colaizzo’s biting Really Really, April 17-May 4 at Frenetic Theatre.

Really Really offers a scathing critique of hook up culture, where no one escapes suspicion. Colaizzo’s play takes place amidst the murky mayhem after a ruckus party at an elite university. Sexual politics, unchecked ambition, and class warfare are all fair game in this scenario. It’s “gen me” behaving badly at its finest.

“It’s a play with provocative twists and turns, but with a very grounded approach in its portrayal of how contemporary college aged young men and woman relate to each other,” says Jaffe, Black Lab’s founder and artistic director. “The reality is that, according to a National Institute of Justice study, between 20 to 25 percent of all female college students experience some form of date violence on college campuses today.”

Really Really has received rave reviews since its premiere in 2012. The play also enjoyed a successful Broadway run in 2013, headed up by GIRLS star Zosia Mamet. “Morality is not a talking point here. This is Lord of the Flies with smartphones,” said Ben Brantley in the New York Times.

Colaizzo, a rising young playwright, has been called a “master of  ambiguity” for his relentless skill at manipulation. Clear cut answers may not be in the plan. Brantley writes, “Yet for all the carefully controlled murkiness of its plot — and an artfully smudged central performance from Ms. Mamet — Really Really is hardly a subtle play. The issues of who did what to whom may remain in doubt. But the why glares as clearly and conspicuously as a brightly lighted billboard on a pitch-dark night.”

Jaffe, who is directing the play, has his own take on Colaizzo’s searing prose. “Really Really is a no holds barred indictment of everything that is millennial, and brings to life the selfish and self-serving attitude tags associated with young people today,” he says. “Audiences will appreciate the unexpected places the playwright goes to make his point.” 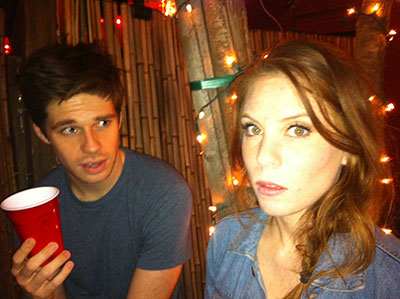 Colaizzo started writing Really Really at the tender age of 21. “The play features college-aged characters who we can relate to within a gripping storyline,” says Jaffe. “I see this play as an exploration of the idea that people may be intrinsically more selfish and reckless when they are straddling adulthood. But, it’s important to note that this project is being undertaken (written, produced, directed and performed) by members of the generation portrayed in the play.”

For Jaffe, putting work on stage that makes us uneasy is part of the plan. “Really Really talks to us from the inside,” he says. “This work traverses deep dark places that most of us are afraid to go to on our own. That is what theater is about to me.”