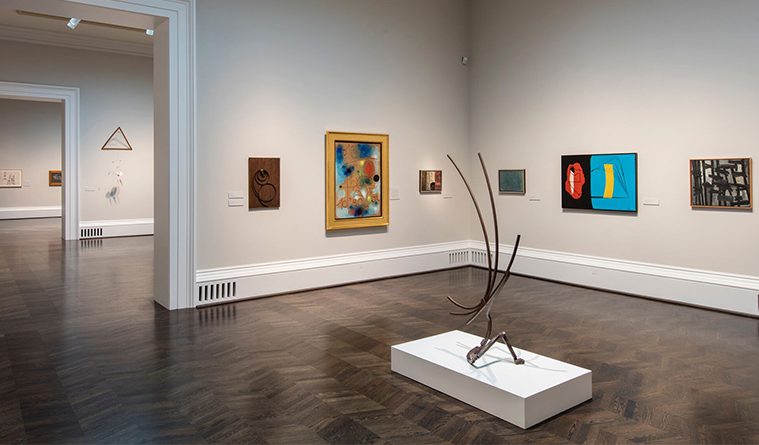 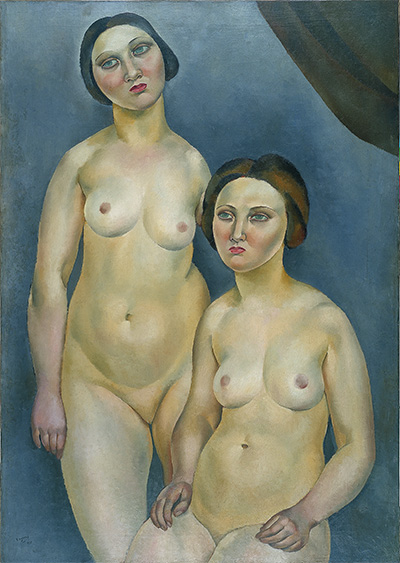 An exhibition on the development of modern art in Spain from 1915-1957 recently landed at the Meadows Museum on the campus of Southern Methodist University.  This is the first time most of the hundred works of art gathered from the Asociación Colección Arte Contemporáneo (ACAC, Valladolid) have been seen outside of Spain, and the Meadows is the only US venue where they will be seen. The show was co-organized by the ACAC and the Meadows Museum in collaboration with Acción Cultura Española with the goal of presenting the work of 50 lesser-known, yet pivotal and transformative, Spanish artists along with masterpieces from the Meadows collection.

Artists such as Pablo Picasso, Joan Miró, Salvador Dalí, and Juan Gris are well known outside of Spain and usually occupy a solid place in the standard historical narrative about 20th century art.  The ACAC holds pieces by artists who were little appreciated early on and then went on to hold a place at the table such as Antoni Tàpies, Julio González, Eduardo Chillida, and Manolo Millares, each of whom may be familiar to Spanish art enthusiasts.  In this exhibition they are joined with artists less well-known to the public, and the survey traces the path of modernism between the years it emerged in Spain to the advent of the Spanish variant of the international movement known as Art Informel. 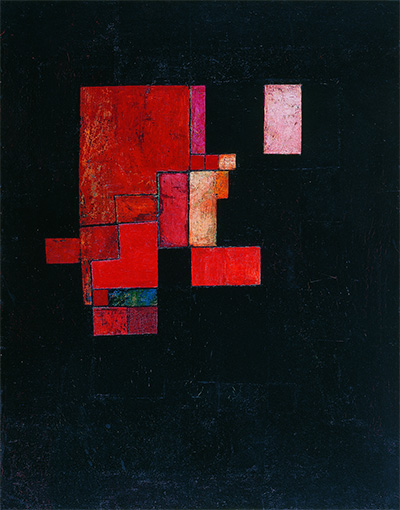 The show contends, and illustrates in five thematic and non-chronological sections, that artists in Spain during the 20th century  assimilated, and sometimes predated, styles imported from abroad and/or popularized elsewhere.  The time frame slides through areas of drastic social, historical, and political change in Spain that forever marked and shaped the nation; therefore, an essential method for reading and exhibiting the art must identify an intense lattice of events and issues that include the waning monarchy of Alfonso XIII, World War I, the dictatorship of Miguel Primo de Rivera, the foundation of the Spanish Republic, and its subsequent dismantling through the Spanish civil war and the rise of Francisco Franco whose dictatorship, and authoritarian state policies, lasted into the ’70s.  Spanish artists translated this atmosphere of continuous crisis and change into innovative works of modern art.   By adapting to these situations, the show argues that the artists creatively modified their aesthetic attitudes, enduring and working in different styles to contend with life around them, which explains why there are several instances where art by the same artist is included in more than one thematic section of the exhibition. 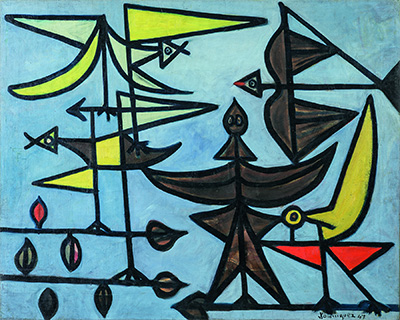 A riveting painting in the first section, New Physiognomies & Modern Realisms, by the little known Catalan painter Josep De Togores, Portrait of Alexis de Togores (Retrat d’Aleix de Togores), 1920, perfectly summarizes the originality found in art from this period.  Togores had been rooted in a Mediterranean classicism from which he gravitated toward the new realism found in this portrait.  A three-quarter view of a standing figure, blue suit, cuff links, pipe, firmly rooted in a spare and austere environment, exemplifies contemporary man as a progressive intellectual who optimistically faces the viewer.  This type of painting found in Spain later came to be known in Germany as the New Objectivity in the mid ’20s.  Seen as a response to expressionism, Togores’s painting presents a sober and unsentimental picture of cultural reality and expectations of the time.

On the opposite side of the aesthetic fence in Forma: Development Toward A Constructive Art, the section that deals with works of art structured through rationality, form, and geometry, there are countless examples of masterpieces from the period.  Least of which is Jorge Oteiza’s iron sculpture Metaphysical Box Through the Conjunction of Two Trihedrons (1958-59).  The two trihedrons are shapes described by interlocking planes that join along one line, forming an empty interior space.  Oteiza understood empty space as a transcendental concept, arguably in opposition to the nationalist, Fascist, oppressive, public space that characterized the period.