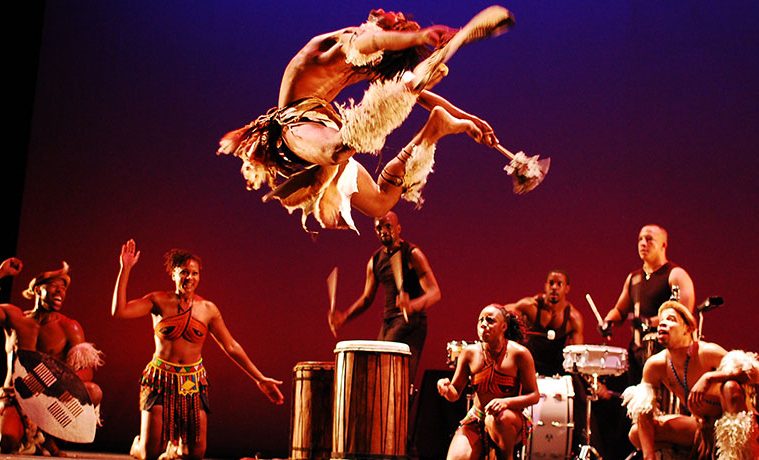 IMAGE ABOVE: Step Afrika! Photo by The Napoleon Complex Project. 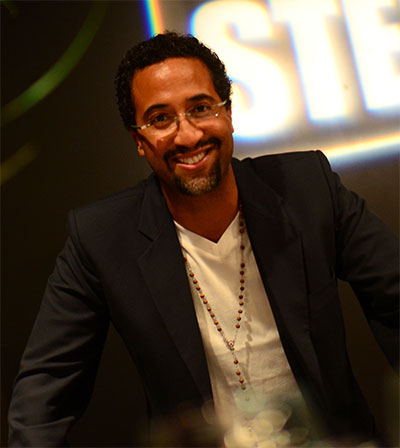 It starts simply, with fingers snapping. Six dancers in individual pools of light set up a beat and then build on it. They create a complex language of syncopated movement, accentuated with foot stomping, thigh slapping and hand clapping. There is no musical accompaniment. In step, the human body is its own orchestra.

This is Step Afrika!, the first professional dance company dedicated to the theatrical presentation of a form popularized by members of historically black fraternity and sorority groups on American college campuses, starting in the 1950s. Like tap and jazz, there are African links, a similarity to the gumboot dances of South African miners, as well as a more American flavor reminiscent of the smooth moves of R&B groups, such as the Four Tops and the Temptations, along with contemporary gestures and posturing that say hip-hop.

Step Afrika! will perform at the Carver Center in San Antonio on June 7, premiering a new evening-length piece,

Green is the New Black. The dance will explore, as company founder C. Brian Williams puts it, “the human capacity to convert the power of stepping into clean electric energy.” “Stepping reflects what is going on,” he said. “You could charge your cellphone with our micro-power. We’re involved in a multi-year project to invent technology that will capture our energy. Why not use movement as power?” 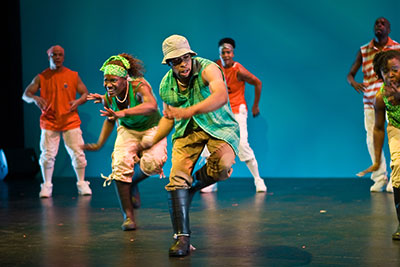 For Williams, a Houston-area native, bringing his Washington D.C.-based group to Texas is making full circle. In Houston, they’ll be offering a first-ever summer step camp for kids at the Imani School, June 9-14. They’ll be helping celebrate Juneteenth in his hometown of Brenham. And during their time in San Antonio, they will also offer a master class, June 4, and a youth matinee on June 6.

Williams said he would never have guessed as a college student that the dancing he learned at Howard University as part of his initiation into Alpha Phi Alpha fraternity would turn into a career. During a summer exchange program, he traveled to Lesotho, in Southern Africa. It was 1991, he was 19, and he was fascinated to discover that the stepping he had learned in college looked much the same as the dances he was watching in Africa. Some of these dances were first developed by miners who worked in flooded mineshafts and were given wellington boots to wear in order to protect themselves from disease. They began to decorate these “gumboots” with bells and created a language of movement that was partially a reaction to rules that they not  speak while working. “I got the idea that I wanted the two big art forms to be together,” Williams said. 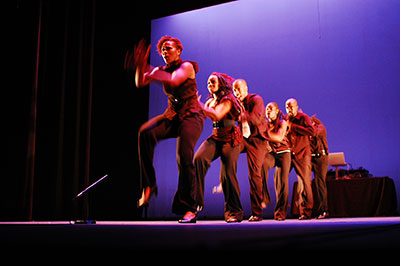 Since then, Step Afrika! has developed into a full-time dance company with touring and teaching staffs, incorporating African gumboot and Zulu dance, hip-hop and step into a theatrical unity, which serves as Washington D.C.’s official cultural ambassador. The touring company has also been called on by US embassies to perform in countries such as Vietnam, Madagascar, Bosnia, Honduras, Brazil, Chile, Samoa, and every state in the America. “Things have been pushing well beyond my original intent,” he said.

“Stepping plays a lot of roles. It’s about brotherhood, activism, ritual, community—not dance for dance’s sake,” he said. “We’ve also found it’s a great way to connect with children.” Step Afrika! has been running summer camps in Washington for eight years. They’ve used this experience to reach out to youth groups in other locations. For example, the company recently returned home after working with 120 kids from across Europe in Croatia.

The company made a big splash when they appeared at Miller Outdoor Theatre in 2011, so Williams is glad to be back to continue building an ongoing youth step community. They’re starting with a summer camp. “We’re looking to find 150 to 175 kids from third grade to high school to participate in a summer intensive with us.” Students will learn different styles of stepping, African dance, as well as hip hop and modern. “We’re looking for students who have an affinity for dance, but there will be no auditions. Applications are available on our website,” Williams said. “We’re hoping to cast a wide net and see how Houston responds.” The camp will culminate with a public performance.

“We’re really just as much musicians as dancers. We create sound with our bodies, we make music while we’re dancing,” observed Williams. In fact, Step Africa! has been invited to collaborate on projects  with several symphony orchestras around the country—offering performances combining stepping and classical music. “We’re getting a lot of traction with this idea,” he said.

On June 14, the group will appear at Blinn College in Williams’ hometown, Brenham, to help that community celebrate the day. “We love to perform in rural areas and small towns,” he said. “I love the fact that in Brenham, we’re being sponsored by Hogan Funeral Home, which is celebrating its 100th anniversary as an African-American business.” The show in Brenham will offer what Williams loves about stepping. “It will be call and response, clapping rhythms together, and encouraging the audience to become part of the show.”