Music for All: Fort Worth Opera’s Relaxed Performances 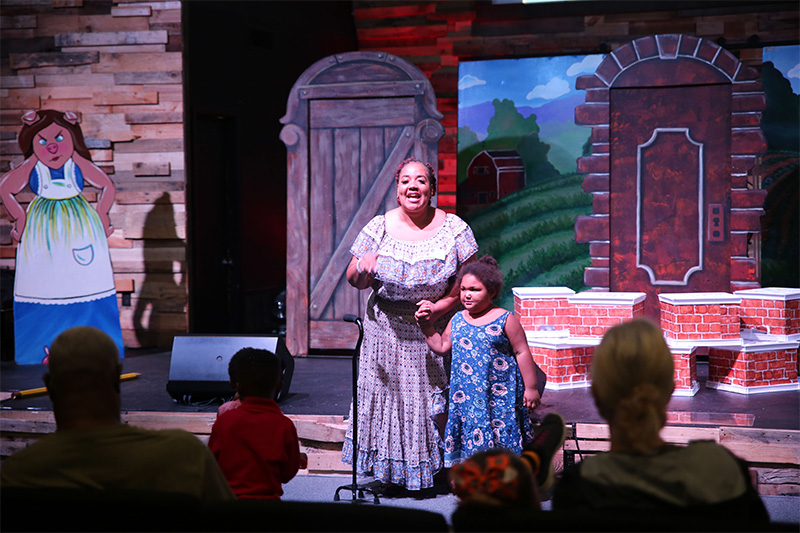 Fort Worth Opera’s Manager of Education and Community Engagement, Sheran Goodspeed Keyton, leads a relaxed performance at The Ramp Church Texas in Fort Worth.

Six-year-old Jan Lucca’s facial expressions mirror the activity in front of him: Staring intently at the stage, his eyes widen at exciting moments. He clasps his hands together against his chest during the suspenseful ones. He swings his legs from the chair and his mom smiles from the seat next to him. It’s his first opera.

Like many major opera companies today, Fort Worth Opera offers productions geared towards children as a “toe in the water” introduction to the art form for kids. In this case, it’s Michael Ching’s Three Pigs Remix, an adaptation of the classic folk tale with strong messaging about collaboration and empathy. But Fort Worth is one of only a handful of opera companies in the world that have begun offering “relaxed” performances, meant to accommodate audience members with autism spectrum conditions and other sensory differences. “There are some other opera companies that have been experimenting with performances that might have some aspects,” says General Director Tuomas Hiltunen. “But the relaxed performance really captures all of it.” 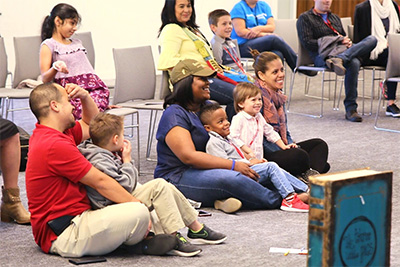 The audience enjoying a relaxed performance of Three Pigs Remix at the American Airlines Center in DFW.

So, what, exactly, does a relaxed performance involve? Generally speaking, it offers a number of thoughtfully-planned modifications to reduce any anxiety or stress. As the name implies, it’s a casual and comfortable atmosphere accommodating various needs. At the performance Jan Lucca is attending, a large space has been reserved near the front of the stage for kids and parents to sit and stretch out on the floor. One young boy sits on his father’s lap with crayons and doodling paper in front of him. A young girl in the back is wearing noise cancelling headphones. The overhead lights are slightly dimmed, but not turned off and on the way they would be in a traditional performance.

Though they launched it last April, Hiltunen says they began earnest discussions nearly two years ago after he’d heard of a theater company in London trying out the concept. He and FWO’s Manager of Education and Community Engagement Sheran Goodspeed Keyton began reaching out to local experts, including Tarrant County’s My Health My Resources (MHMR). The goal was to create an experience that went beyond just watching a performance. “It’s one thing to open your doors and say we’re going to host a performance for children or young people who are on the spectrum or who have sensory differences,” says Keyton. “It’s an entirely other thing to sit down with consultants or partner with MHMR and actually dig in and find out, ‘What are the triggers? What are the other ways that they learn?’ Because we don’t want them to just sit down and enjoy the pretty music. We want them to walk away having retained something from it that, maybe just in a normal setting, they wouldn’t retain.” 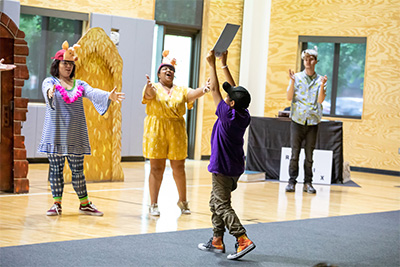 Eliminating every possible barrier gets them closer to that goal, such as offering sensory chew bracelets before each performance. One is made of neon green coiled plastic, similar to a telephone cord. Another is a smooth, gray rubber wristband with a pattern of light blue squares. “A lot of times when they get really anxious, depending on where they are in the spectrum, they’ll chew on their clothing or get fidgety,” Keyton explains. Along with loaning noise cancelling headphones, they’ve also created what they call a “safe space” with pillows and chairs outside of the room. If the experience becomes too much for the child, the parent can bring them here. They’ll still be able to hear what’s going on inside, but have a chance to de-escalate and return when they’re ready. Keyton also sends photos of the venue’s interior and exterior to the parents or organizers in advance, plus pictures of the set and performers in costume with intent to eliminate any apprehension of going into a new space.

Something else Hiltunen and Keyton have realized since beginning the journey: It hasn’t only been those with special needs who’ve been deprived of opportunities to attend an opera; often the family members have been too. “In general, if you are a parent with a child that is on the spectrum, you shy away from going to public places because you never know what might set them off,” Keyton says, adding that they’ve seen a sense of camaraderie and kinship among families before and after the performances. “Parents are saying, ‘Oh my gosh, me too.”

“Opera is about expressing oneself,” Hiltunen points out. “And so if a child makes some noises, that’s perfectly alright…It’s wonderful for us to see that this company is doing something that brings family members together, allowing them to share an experience. It’s not just a company that’s doing a performance. We have a larger, bigger mission that’s happening here in North Texas and everyone can be proud of this.”