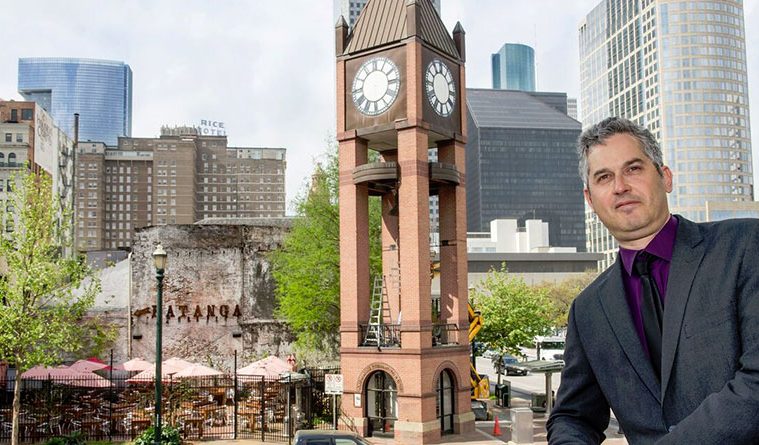 Must Hear: Season Standouts of the Fall Texas Music Season 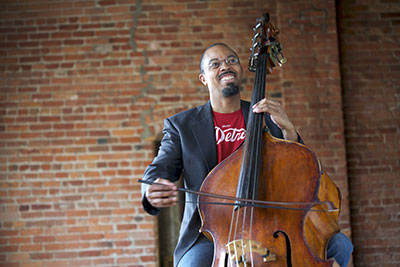 ROCO opens their season with Detroit composer Rick Robinson’s Gitcha Groove On! on Sept. 26 at The Church of St. John the Divine and Sept. 27 at Miller Outdoor Theater. Photo courtesy of the artist.

Terrence McNally no doubt ranks as Corpus Christi’s leading contribution to the American arts world. But the spotlight will shine this fall on a little-known detail of his biography: When the future playwright was in elementary school, he and his family lived about two years in Dallas. One day, his sixth-grade teacher at Christ the King Catholic School brought in a stack of recordings and introduced her class to opera.

“I just loved it the minute I heard it,” McNally recalls. “I liked it the way some people like ice cream. You don’t learn to like ice cream. … I think my love of opera is what got me into theater.” And everyone knows where that led.

He will return to the city where the story began in October, when Dallas Opera premieres Great Scott, a comedy combining a libretto by McNally and music by Jake Heggie. McNally’s homecoming stands to be the most poignant of the returns, premieres and anniversaries coming up in Texas’ concert halls and opera houses this fall. 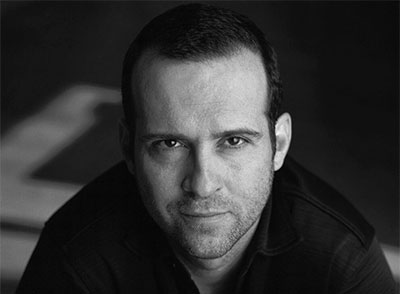 Baritone Scott Hendricks, a San Antonio native and Houston Grand Opera Studio alumnus, comes back to HGO in the title role of Tchaikovsky’s Eugene Onegin, playing an aristocrat who’s too full of himself to appreciate a young woman’s love (also opening Oct. 30). Mezzo-soprano and Midland native Susan Graham, before devoting most of the autumn to New York’s Metropolitan Opera, will solo with Houston’s Mercury period-instrument orchestra to help launch the group’s 15th-anniversary season (Sept. 19).

It’s a big year for anniversaries. The Dallas Winds celebrates its 30th birthday by diving into The Fountains of Rome and the rest of Ottorino Respighi’s Roman trilogy showpieces (Sept.15). Houston’s Opera in the Heights, in the midst of revamping, begins its 20th-anniversary season with the beloved Pagliacci (opening Sept. 18). 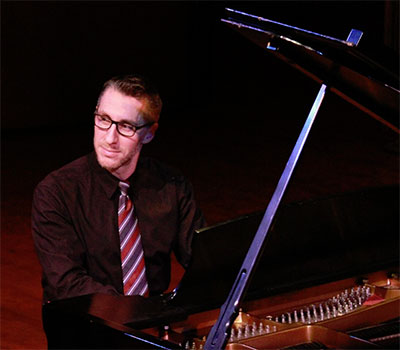 Houston’s Apollo Chamber Players continues its multi-year commissioning project with a new work by Israel’s Gilad Cohen, who draws on Provençal Jewish folk music and American jazz (Oct. 4). But even groups that aren’t so committed to today’s composers are still finding time to showcase them.

Heggie and McNally’s Great Scott (opening Oct. 30), the story of an opera star who has to compete with a big football game when she goes back to her hometown to sing, is only the first of Dallas Opera’s premieres this fall. The second: Becoming Santa Claus(opening Dec. 4) by Mark Adamo, who put himself on the music world’s map when HGO premiered his Little Women in 1998. (Trivia tidbit: Mezzo-soprano Joyce DiDonato, who stars in Great Scott, played Meg in the original cast of Little Women.)

HGO will premiere a chamber opera inspired by NASA’s space-shuttle program: O Columbia, by composer Gregory Spears and librettist Royce Vavrek, will look at exploration’s danger and exaltation by spanning the centuries from Sir Walter Raleigh to astronauts of the future (Sept. 23-24).

The Houston Symphony opens its Classical Season with the premiere of John Corigliano’s Stomp, an orchestral metamorphosis of a solo-violin piece. Houston’s River Oaks Chamber Orchestra will unveil two works that cross musical borders: Detroit composer Rick Robinson’s Gitcha Groove On!, a mashup of urban-music and classical styles, and The Age of Air, a concerto by Brooklynite James Matheson featuring a pair of shakuhachi, a Japanese flute (Nov. 14). Matheson’s work plays off the double meaning of air as a necessity of life and as a melodious form of music. He explains: 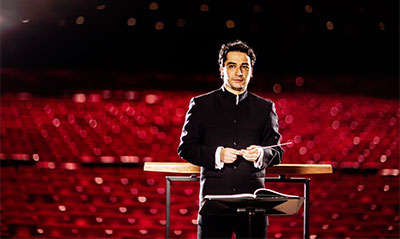 Rarely-heard music from the past will offer audiences another form of discovery. The Dallas Symphony, led by music director Jaap van Zweden, will perform Gustav Mahler’s Symphony No. 1 with its lyrical Blumine movement, which Mahler cut (Oct. 1-4). Veteran conductor David Zinman will lead the Dallas Symphony and its chorus in The Damnation of Faust, Hector Berlioz’s take on the German legend that also inspired Charles Gounod, Franz Liszt and others (Nov. 12 and 14). 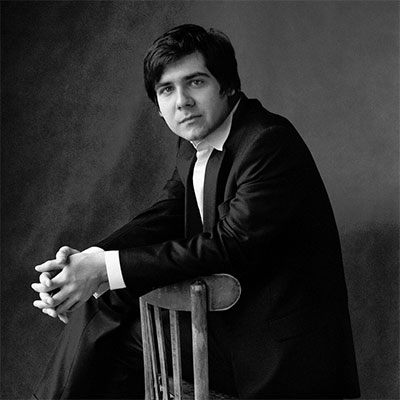 Vadym Kholodenko, the last Cliburn competition winner, appears with the Fort Worth Symphony on Oct. 23-25 at Bass Performance Hall.
Photo courtesy of the Van Cliburn Competition.

Two pianists will bring back little-known concertos from big-name composers. Stephen Hough will treat Houston Symphony audiences to Camille Saint-Saens’ Concerto No. 5, dubbed the Egyptian Concerto because of the Moorish-style melody in its slow movement. Vadym Kholodenko, winner of the 2013 Van Cliburn International Piano Competition, will give his right hand a rest when he joins the Fort Worth Symphony in Sergei Prokofiev’s Piano Concerto No. 4, commissioned by a pianist who lost his right arm in war (Oct. 23-25). Though Prokofiev’s Concerto No. 3 ranks among the most-performed concertos, its sibling was treated like a stepchild from the start: The pianist who commissioned No. 4, Paul Wittgenstein, never performed it.

The Houston Symphony, led by music director Andrés Orozco-Estrada, will continue its Charles Ives cycle with the Symphony No. 2, a feast of Americana that quotes Columbia, the Gem of the Ocean, Bringing in the Sheaves and other venerable tunes. Orozco-Estrada may win the prize for reviving the most-neglected work when he leads his orchestra and the Houston Symphony Chorus in Robert Schumann’s The Pilgrimage of the Rose, based on a fairy tale about a rose that longs to become human and experience love. Melodious though it is, the work evidently was never recorded until the early 1990s—140 years after its premiere. 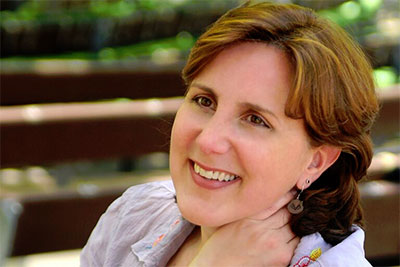 Maybe the fall’s counterbalance for the little-known works will be the generous crop of big-name soloists. Violinist Joshua Bell will headline the Houston Symphony’s opening-night concert (Sept. 12). Violinist Itzhak Perlman and pianist Emanuel Ax will join forces in a recital at Dallas’ Winspear Opera House (Sept. 20), and Ax will swing back to Texas to perform with the Houston Symphony (Oct. 16-18). Cellist Yo-Yo Ma will solo with the San Antonio Symphony (Oct. 16.)

Distinctive singers will help launch Houston’s season. A few days before Susan Graham performs with Mercury, her fellow mezzo-soprano Jamie Barton—one of the most commanding cast members in HGO’s The Ring of the Nibelung—will sing Joseph Haydn’s tour-de-force Arianna a Naxos with Ars Lyrica (Sept. 13). Eloquent and adventurous soprano Dawn Upshaw will perform works by Ives and George Crumb for Da Camera in a program dubbed Snapshots of America (Sept. 26). 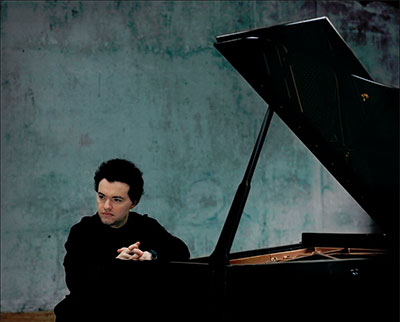 Pianist Evgeny Kissin will bring his own set of snapshots to Dallas’ Winspear Opera House (Dec. 11). In An Evening of Jewish Music and Poetry, which he premiered last year in Washington, Kissin will play piano works by Ernest Bloch and less-familiar Russian Jews of the early 20th century. Yiddish poems resonating with the music will be interspersed—recited by Kissin. When was the last time you heard a pianist do something like that?

“I’m not sure anyone else has the virtuosity to step this far outside the box with such honesty and dignity and power,” the Washington Post’s reviewer wrote. “Music is intimate, but in our ornate concert halls, we sometimes forget it. Poetry is more intimate, and less often encountered in a 2,000-seat-hall. To hear both together, offered without pretension but with the simple directness of an open heart, linked everyone in the hall on a shared journey into the past; even for those of us who do not have memories of Yiddish-speaking grandparents, Kissin was a living embodiment of a bygone world.”