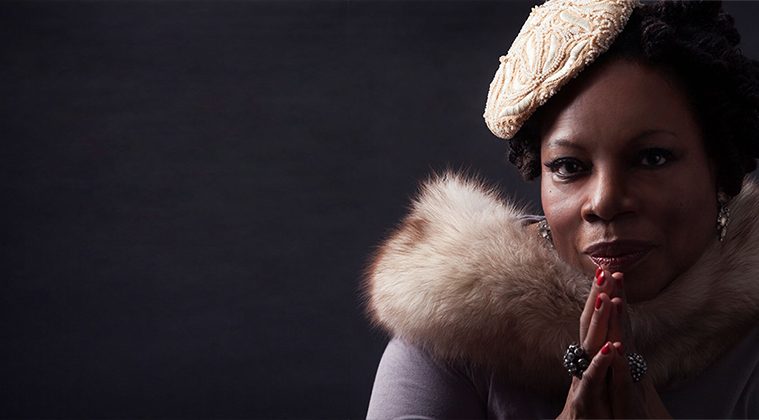 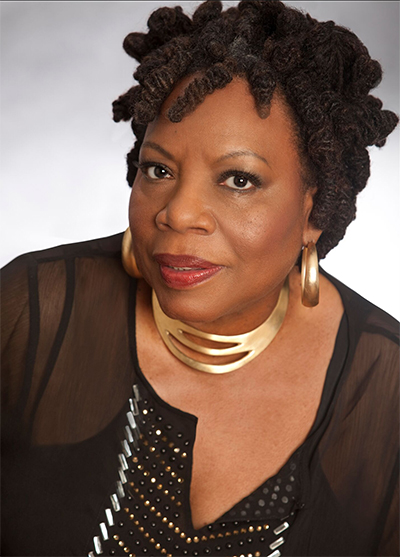 Usually, when we introduce an artist in a piece of writing, we write “singer” or “composer” and then their name, but the list of things Amina Claudine Myers does and has done is too extensive to be filed under one, two, or even three labels.   Myers has released a number of albums of original and interpreted songs; she’s written text, composed music, and acted in the theater; she’s composed for chamber ensembles, vocal groups, and big bands; she’s taught in public schools; she was a first-wave member of the Association for the Advancement of Creative Musicians (AACM); she’s a master improviser; she’s been a choral director; she’s played on albums with jazz masters from Sonny Stitt to Bill Laswell and everything in between (and there is quite a bit in between).

Her practice, rooted in the European classical, church music, jazz, and blues, combines into a multifaceted but integrated artistic output— as she says, “whatever I compose you will hear elements of classical, blues, rhythm and blues, jazz and gospel music… All of these influences are readily apparent to the listener.”

Your musical education seems as multifaceted as your performing practice, both the traditional study of concert music and embedded education in the aural tradition or “music itself.” What did you take from each of those? How did they end up mixing?

I was fortunate to study European classical piano from the age of six through college. I started playing gospel in church around the age of eleven. These studies are the basis and foundation of what I am doing today. The classics introduced me to techniques in piano including playing Chopin’s Etudes, Beethoven Sonatas, Bach, Mozart and more contemporary composers in my latter years. The gospel introduced me to rhythmic development as well as singing, which included vocal improvisations.

Hymn arrangements and composers of gospel music started with the father of gospel, Thomas Dorsey, Clara Ward, the Davis Sisters, the Gospel Harmonettes, Mahalia Jackson and other artists who were influential in my growth as an artist and musician. Quartet singing in the fifties had a large impact on me. Choral works were also a great inspiration. The Wings Over Jordan was the first choral singing group I’d ever heard on the radio.

In the meantime, I started playing and singing rhythm and blues as well as gospel. I started playing and singing gospel in a group in Dallas, Texas. A group of women in the Baptist Church presented plays for Christmas, Easter and Mother’s Day. They developed some of us into a female gospel group and we ultimately performed throughout Dallas and surrounding cities and counties.

Singing choral music was an uplifting, beautiful and educational experience. Because of the choral music experience, I began writing choral works as well as pipe organ compositions. I always loved the sound of country blues; as we know, blues is a personal experience of someone’s life. I love the honesty and sincerity of the blues. All of these influences are readily apparent to the listener. 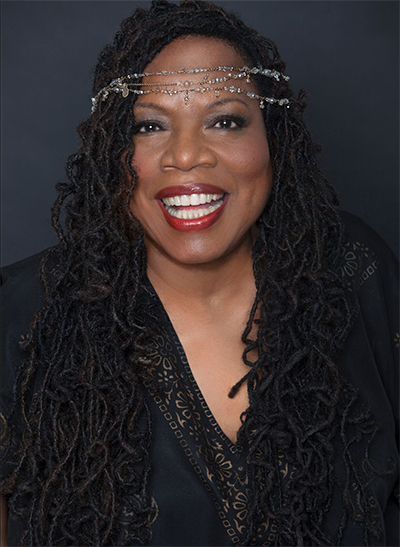 In your essay Is There Jazz Without Blues, you give a resounding, “the answer is no!” I’m curious where you feel like the blues has gone, or where it is now, where you’ve brought it, and the connection with the past. How have you kept it alive, without forgetting the past, and how does it evolve?

The blues has not gone, it continues and will always be. As I have stated, rhythm and blues and jazz all came from the blues. The blues came out of field shouts, hollers, work songs etc. Africans were brought out of their homeland. There has been little interest in educating our young people about their musical heritage. This is deeply rooted in the soul and spirit of the African-American; both consciously and unconsciously. It is as classical as one can get relative to the African American experience. Not only do I preserve the past with blues changes, vocally the blues can relate to current situations. Some examples would be: “I don’t feel like working today…”, “Girl…I got fired today…” and the examples go on and on and on.

What role did the Association for the Advancement of Creative Musicians (AACM) have in your creative development? What brought you to it, and where did it bring you?

I was inducted into the AACM, which developed my compositional and creative skills. The AACM was responsible for exposing me to the possibilities of composing for small as well as large ensembles. These ensembles included big band, chamber, symphonic orchestras, and choirs. The AACM was about self-expression and developing your own voice. The AACM was a family of musicians whose main interest was community, musicianship, growth and support of each other.

Can you say something about your work as an educator, including the years teaching public school and your current practice? Are there overlaps? And what do you feel is the duty or role of the performer and educator today?

I enjoyed teaching music in the public school for six years. Children love to learn; all they need is exposure to the music. I was fortunate to take them to see the great Leontyne Price performing the opera Aida. They loved it. John Coltrane and The Art Ensemble of Chicago’s music took time for them to digest. I had them draw what they heard and after a few listening sessions, they were drawing profusely. They were thrilled with it! Listening to classical music, I created skits concerning the subject matter; this included improvisation. I now teach privately, including piano, voice and singing techniques. Young students interested in singing are taught the basics and foundations of negro spirituals, the blues and the histories of each. The adult singers are required to learn the blues and its history as well, after which we work on standards, and later they are able to introduce their own material. Some want to study gospel. I tell them that to be in control of their music, it is imperative to learn and comprehend music theory because without that there is no way for me to be able to communicate with the student.

What are you going to be doing for your shows in Houston?

The pipe organ recital will be compositions from various CD’s that I have recorded with a concentration on improvisations, on extended forms, jazz, gospel, and blues. The pipe organ is like a large orchestra. There are myriad sounds and nuances possible in music with a thorough understanding of the depth and breadth of the pipe organ.