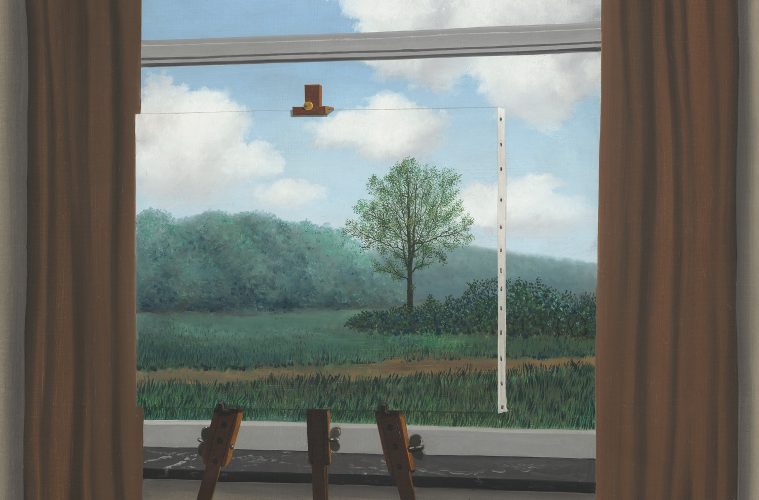 Nixon and the Treachery of Images 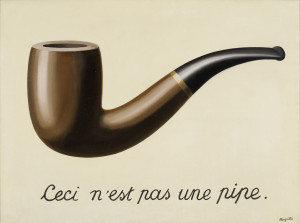 The recent death of Joe McGinniss prompted me to finally get around to reading his 1968 classic The Selling of the President, about how the Richard Nixon’s campaign advertising and public-relations strategies that enabled the candidate to master his formerly fraught relationship with television and the press to win the presidency.

Maybe it’s because I’ve been writing about Magritte–my April Loose Ends column is about his and Georges Braque’s overlapping concerns and wildly different visions–but reading Nixon speechwriter Raymond K. Price’s 1967 prescription for how to elevate voters’ low opinions of the candidate, all I could think of was Magritte, the ad man, and the insights on representation he brought to his art, as explored in the Menil Collection exhibition Magritte: The Mystery of the Ordinary, 1926-1938.

Price argued that the campaign should attack the “personal factors,” not the “historical factors” behind so many people’s dislike of Nixon.

These tend to be more a gut reaction, unarticulated, non-analytical, a product of the particular chemistry between the voter and the image of the candidate. We have to be very clear on this point: that the response is to the image, not to the man. … It’s not what’s there that counts, it’s what’s projected–and carrying it one step further, it’s not what he projects but rather what the voter receives. It’s not the man we have to change, but rather the received impression. And this impression often depends more on the medium and its use than it does on the candidate himself. … 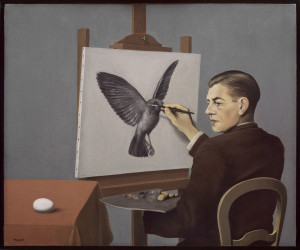 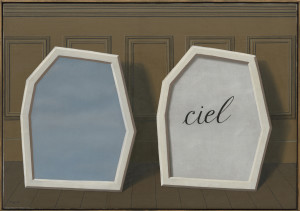 Voters are basically lazy, basically uninterested in making an effort to understand what we are talking about. … Reason requires a high degree of discipline, of concentration; impression is easier. Reason pushes the viewer back, it assaults him, it demands that he agree or disagree; impression can envelop him, invite him in, without making an intellectual demand.

Nixon’s handlers tried with the one hand to build the illusion that he loved communicating with the people, “while with the other they shielded him, controlled him, and controlled the atmosphere around him,” McGinniss wrote, adding a Houston reference: “It was as if they were building not a President but an Astrodome, where the wind would never blow, the temperature never rise or fall, and the ball never bounce erratically on the artificial grass.”