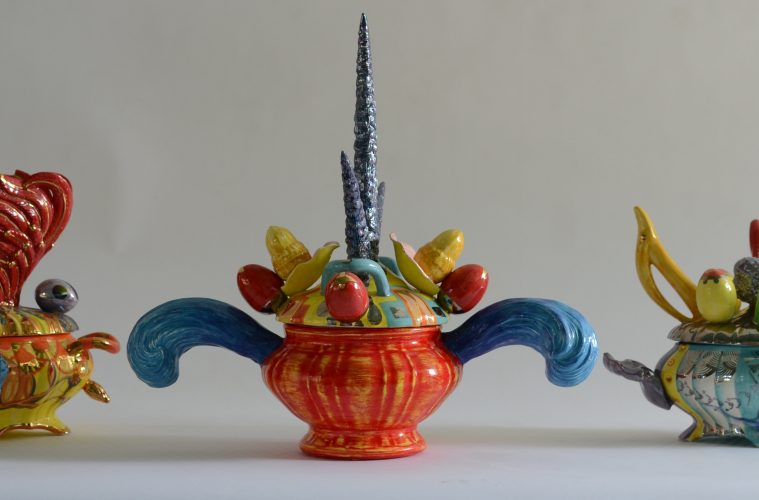 It has been a busy year for Patricia Ruiz-Healy, who made the leap last fall from showing art in a house by appointment only to an East Olmos Drive gallery, only to move next door in the spring. Devon Britt-Darby caught up with Ruiz-Healy to talk about how her program has evolved along with the gallery’s physical parameters. 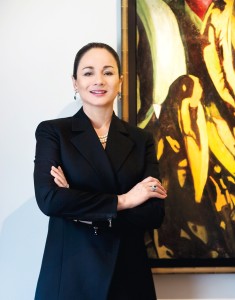 A+C:  Do you go to a lot of art fairs?
PATRICIA RUIZ-HEALY:  Art fairs are very important. They’re more important for certain galleries than for others. For some galleries, at least 30 percent of their sales come from fairs. But I kind of needed to take a break and concentrate on my new space. I have very strong support here in San Antonio, so I wanted to concentrate on that, and then I also work by appointment only in New York, so it’s just a lot. But for next year I want to do at least two strong ones besides the print (fair).

A+C:  Would you be considered a dealer in New York, or do you have a gallery space?
PRH:  I don’t have a space. (Our condominium) building has a beautiful space that I use like a pop-up, and I do shows for a week. A lot of dealers do that. And then my apartment is like a small gallery. It is what makes sense.

A+C:  Were you doing that in New York before starting in San Antonio in 2004?
PRH: No, it was always San Antonio first—New York only since 2011 or 2012. Last year we spent a lot of time there trying to establish relationships, and then I started to get very busy here because of the move from the by-appointment-only place in San Antonio to the commercial space. So I started next door, and then here (laughs). It’s just a process. But I’m very happy here. I love the height of the ceilings and the natural light.

A+C:  It’s a great space. So when you started in San Antonio, were you doing pop-ups?
PRH: No, I had a specific space. We own two houses, so one of them was by appointment only, but it was in a residential area, so that kind of restricts you. I never advertised; it was very quiet. I used to do a lot of electronic commerce, and I did four shows a year, but it was only by invitation. It was a good way to start, because people can visualize how the art was going to look at their houses, because it was a domestic setting, but done very professionally—more European, in that way.

It worked out; I was happy, but I had been thinking about going outside to a “real” gallery for a while. But I wanted to do it at the right place.

A+C:  So when did you move next door?
PRH: September.

A+C:  So having a public, commercial gallery space is still a new idea.
PRH: Yes. And also, we’re really close by. We’ve lived in Olmos Park for almost 20 years. We bought the house next door ten years ago, and organically it started to become a gallery, a studio, or whatever you want to call it.

A+C:  I get the impression that San Antonio could use more galleries.
PRH: More commercial galleries, yes. It’s really more known for artist-run spaces: museums, the Linda Pace Foundation, things like that. But there are not too many commercial galleries. And that’s why this place is open every day but Sunday and Monday. I don’t want to put more barriers up. It’s difficult, and I don’t want people to say, “Oh, I have to call; oh, I have to make an appointment.” It’s difficult enough.

In 2009, I started working with Chuck Ramirez, who died in 2010. He used to live behind (the artist-run space) Sala Diaz, and his home is now called Casa Chuck. We were working together before he died, and now I represent his estate. I just got a solo show of his work at a very important gallery in Madrid; it will open in September. I’m very excited.

After I started working with Chuck, I began to look and look more into local artists; San Antonio has plenty. So before, my concentration was Latin American artists; now it’s Latin American and Texas-connected artists. A lot of them have done Artpace residencies, or the Hudson Showroom, or the Window Works. So that’s a nice thing.

But as a Mexican, I guess I always had a lot of exposure to European art. I lived in London when I was 18, and then I lived in London four years in a row up to 2002, so I’m very familiar with contemporary art and European art—you know, art in general. That’s how I discovered Uwe Kowski (an artist recently featured in the Ruiz-Healy exhibition Straight from Berlin: Paintings and Works on Paper by Uwe Kowski and Jörg Herold in collaboration with Galerie EIGEN + Art of Leipzig and Berlin).

A+C:  Well, you don’t have to stay the same forever.
PRH: Yes, and I think it’s good for everybody. It’s good for the artist to be exposed to other artists. Now that I’m doing the show of Chuck’s work in Madrid, I’m doing a show of two artists from that gallery here for Fotoseptiembre. In the end, it’s about the quality of the work. It’s nice to have a concentration, I guess, because of my background as a Mexican, but I have lived in the States more than 20 years.

And I think for me, Germany also has an appeal. My dissertation subject is a German-Mexican artist, Mathias Goeridz. He went to Berlin to study for a Ph.D. in art history, and then he came to Mexico through Spain—long story—after the Second World War. He left Germany in 1937. So for some reason I have this connection to Germany, and it totally makes sense to me. And it’s fascinating because German is the largest European concentration in Texas.

A+C:  What do you have coming up for May?
PRH: I have Nicolás Leiva, who’s an artist who has been with the gallery since 2007. He’s from Argentina and lives in Miami and Italy. He does beautiful, very important work in ceramics. This is another collaboration, this time with the Southwest School of Art. It’s a great space. They are producing a catalogue for the show. They’re showing his paintings and drawings, and we’re showing mainly ceramics here. We’re going to open the same night, so May 9, they’ll open from 5:30 to 7:30, and we’ll be open from 6:30 to 8:30, so people can go to the two places the same night. And we’ll have an artist talk on May 10. I’m trying to do more of the educational aspects—like with Uwe, we had an artist talk. I bring chairs; people sit down; they listen. They asked a lot of questions. It was more like a conversation, so I’m going to do the same thing with Nicolás.