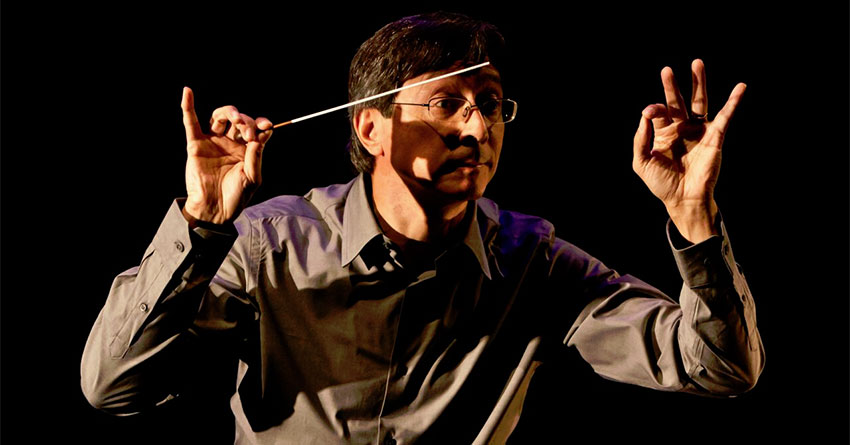 Not Your Average Conductor: A Visit with Austin Symphony’s Peter Bay 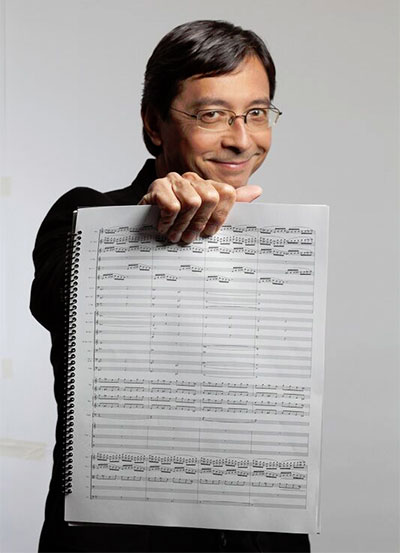 Tell me about your background with music and how you became a conductor. I understand you were once a flutist and that you were an admirer of Leonard Bernstein.

PETER BAY:  Flute was my instrument and I am a self-taught hack at the piano, but conducting is my calling. I knew from an early age that that’s what I wanted to do. When I was growing up in Washington, D.C., I would go to New York to see Leonard Bernstein conduct his “Young People’s Concerts” three or four times a year. I don’t know what it was about him that I appreciated at such a young age; I just knew I wanted to be like him. When I was in high school, he came to conduct the National Symphony and I got to meet him, backstage at intermission, and he said to me, “I understand you want to be a conductor.” He asked me how old I was and I told him I was seventeen. He said “Oy Vey! The world is filthy with conductors!” I took that as my inspiration to work my butt off and I did.

You’ve been with the ASO for almost 20 years now. What’s it like when you are with an orchestra for that long?

I’ve been fortunate enough to witness an extraordinary growth with the orchestra. The overall level of playing has gotten better and better every year and that is a tribute to the work ethic of the musicians. They demand a certain level of playing and conducting. They’ve made me grow as a musician as a result of that and I couldn’t be more proud of them.

What kinds of things are you at work on with the ASO now?

The challenges I face now have more to do with trying to advance the repertoire that we play. Of course, that’s a subject of great controversy in that there’s a segment of the audience that really isn’t interested in that. I don’t know why that seems to be so much more difficult than it once was. To invoke Bernstein’s name once again, when he was with the New York Philharmonic they played an extraordinarily wide variety of pieces with what seemed like a minimal amount of complaints, but I think audiences these days are becoming a little bit more conservative. My personal philosophy is that there is a responsibility to give people what they want, but I feel like there’s much more than just what you know. It’s taken me a while to figure out how to get the best of both worlds on a program, but I think the current season really demonstrates that well. 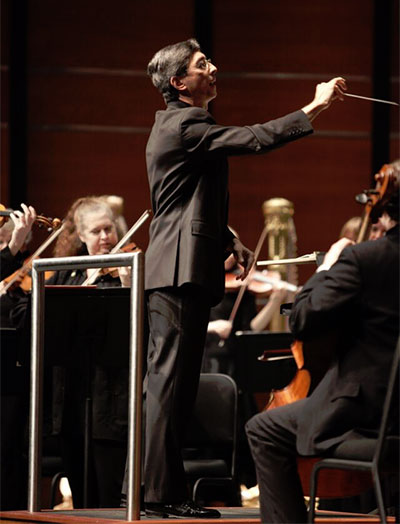 This month you are collaborating with the Grammy award-winning ensemble Conspirare for a performance of Francis Poulenc’s Gloria. How is it different when you work with a chorus?

Having an additional 100+ musicians onstage adds to the overall challenge of conducting a work and keeping all the forces together.  But there are additional rehearsals for me and the chorus alone to work on details which helps enormously.  I’ve admired the concerts Craig Hella Johnson and Conspirare have given over the eighteen years I’ve been in Austin, and I’ve heard them sing a very wide array of things from Bach to Rachmaninoff to Dolly Parton to music with the ink still wet. What I—and all of their fans—admire about them is the deep, emotional connection they make with whatever they are singing and passing that on to our ears and hearts.

You regularly conduct the Austin Ballet. How is that different?

When I am working with the symphony by itself, I’m responsible for the interpretation of a piece of music: The tempos, the phrasing, etc. With ballet, I don’t have that responsibility. It’s up to the choreographer to make those decisions. It’s my job to present the tempos that Ballet Austin’s artistic director Stephen Mills wants. I understand that that’s my role, not to do whatever I want. Sometimes memorizing what a tempo has to be is a challenge. A dancer might want something different from one night to the next. We also get to do music that I wouldn’t dare program for the symphony by itself and that’s incredibly stimulating for me and the musicians.

You also worked with choreographer Allison Orr of Forklift DanceWorks for Solo Symphony  and other works.

I learned about her work through composer Graham Reynolds, a mutual friend. She runs a dance company that has very little to do with what we traditionally think of as dance. For instance, she famously choreographed a group of city sanitation workers and their garbage trucks (TRASH DANCE).  She approached me about a project and I was flabbergasted. I’m a really bad dancer and I don’t think about what it is that I am doing with my arms and body when I’m conducting. It just happens. But she thought that what I did could be choreographed and it would be a somewhat autobiographical evening of ‘dance.’ I was quite moved by what she came up with and I think people that came to see the piece were quite pleased. 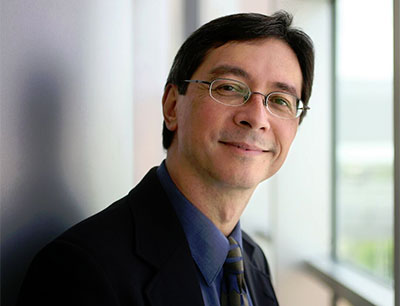 What do you love about Austin?

Just the fact that the university is here and how large it is, there was already this huge energy in the city 18 years ago when I first came. In the time that I’ve been here, the downtown area has grown so much. We have an opera, a ballet, and so much rock and roll. The city has everything. I love the city and I love the people here. Everything that’s significant in my life has happened here.