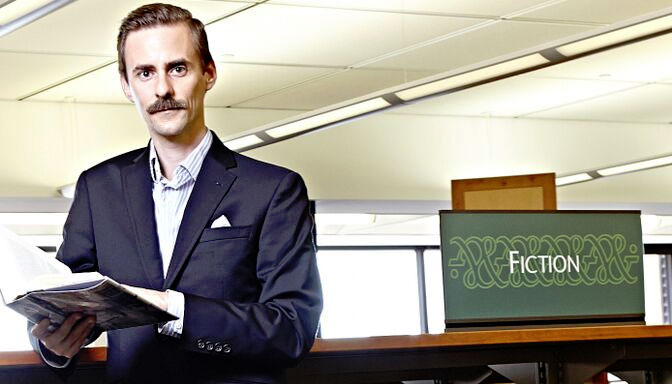 On Translation in Texas

I may speak for a number of people when I say that for much of my reading life, translation was an afterthought. It never crossed my mind when reading Madame Bovary or Crime and Punishment that I might not be reading the words of Flaubert or Dostoyevsky. Now, I can’t stop thinking about it.

I’ve become hyper-aware of the translator as an intermediary between the original text and the one I consume. This has, inevitably I think, changed the way I read. Along with the translator came a rather reluctant acknowledgement of the translator’s powerful and, more importantly, authorial role in the writing process, as translators, in the words of Juan Gabriel Vásquez in a recent interview in The New York Times, “do a little violence to a sentence.”

Over the last year I’ve wondered why we bother reading translated work in the first place. I’ve asked myself if I can truly say I’ve read Tolstoy, and engaged with the question of whether or not some works are simply untranslatable.

For my intellectual conundrum I blame or thank (depending on my mood) Will Evans, who last year launched Deep Vellum Publishing Company in Dallas. Deep Vellum publishes translated works by literarily-inclined international authors and just completed its first season of releases. Over the past year Evans has introduced English readers to books, some old, some new, all in their first English-language translation, by Mexican, French, Icelandic and Russian authors. Next season, Deep Vellum will add more diversity to its roster with books by Dutch, Chilean, Argentinean, Indonesian and Congolese authors. The first title of the new season, Tram 83, was released Sept. 15.

Despite the heaping amount of press Deep Vellum has received of late, serious discussion among the local arts community concerning the state and place of literary literature and translation in 2015 has been surprisingly lacking. Those who have spoken with Evans aside, we as a city and an arts community are failing, it seems, to engage the intellectual issues at stake in world literature and translation, and, more importantly, build a meaningful case for why translation is important, not just to academia, but to the reading public as a whole.

Increasing the awareness of the work of the translator is inextricably linked with Evans’ mission; establishing Deep Vellum as a non-profit was certainly intentional. And things being what they are, it’s necessary, not just to keep readers intellectually honest, but more importantly to ensure writers continue to study and pursue translation as an art.

But along with a renewed awareness of, and education concerning, the role of the translator in the writing process, comes a hefty set of philosophical and theoretical dilemmas, questions I believe, at some level, trouble even the less-engaged readers of the world, perhaps the most obvious being why is reading translation important in the first place?

It’s a natural question. It can occasionally seem as if a work is too engaged with its community to resonate internationally, or that a work takes as its subject a language itself. Any way you look at it, there seems to be an innate problem when it comes to translating writing that, in the words of Tim Parks, himself a writer/translator, “is, as it were, inward-turning about the language itself, about what it means to live under the spell of this or that vernacular.”

I happen to agree with Parks and, like many others, have few answers, and very little time to dig deeper, but I do think that while there are many forms literature can take, to an incredibly large extent, writers simply tell stories. In fact, writers tell the same stories; as someone reminded me recently, there are only so many to tell.

But that is, after all, how most of us evaluate literature, isn’t it? We find a book is worth our time when an author succeeds at making something familiar seem different, something old feel new.

Anne Garreta’s Sphinx, translated by Emma Ramadan, is a love story, a simple love story apart from Garreta’s choice to eschew gender references, challenging her readers to rethink love and sexuality while offering a potential solution; a concept as significant in 2015 America as it was when Garreta’s novel was published in France in 1986.

In The Mountain and the Wall (translated by Carol Apollonio), Alisa Ganieva imagines another potential future. In her story she follows a young man who, as most young men, lives a self-absorbed life until events in Dagestan (Ganieva’s home) force him to grapple with an imagined future in which Dagestan is walled off from the rest of Russia in an effort to contain the violent tensions between religion and secular society which threaten to overwhelm it.

Garreta and Ganieva’s stories are not new but they succeed as only art can, in humanizing cultures and ways of living which would otherwise for many, exist only as abstractions, while offering potential futures, both good and bad, for their readers consideration.

Or take the memoir. Memoirists have been scrupulously documenting their lives for centuries, but Sergio Pitol’s The Art of Flight and The Journey (both translated by George Henson) might be more easily described as memoir-cum-literary criticism-cum travelogue while Jon Gnarr’s The Indian, translated by Lytton Smith, is a tenuously factual account of his early adolescence. Calligraphy Lesson, translated by several individuals, is a collection of Mikhail Shishkin’s mindscaping essays that blur the lines between prose and poetry, fiction and nonfiction.

Despite very different backgrounds Pitol, Gnarr and Shishkin each attempt to conceptualize new ways of thinking and writing about one’s history, rejecting a strictly linear or even factual approach. In the process they point readers toward new ways of imagining the world and their place in it.

Each of these stories adds an element, a conceit or a potentiality to a story we thought we knew, adapting an age-old medium and age-old stories, as their own. Translation, it seems, diversifies our experience of the world at the same time as it demonstrates our commonalities; its unique ability lies in expanding our concepts of literature by slightly complicating our stories with those of others.

With the launch of Deep Vellum, Evans is giving us, as a reading community, a reason to talk about these things (and more). Now we just have to do it.