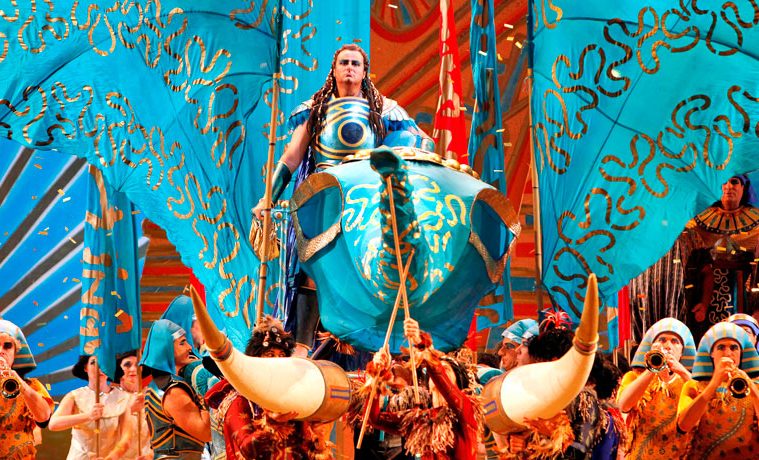 Texas opera fans need to get out their castanets and start practicing the seguidilla. Bizet’s lurid opera about sex and murder, Carmen, will get productions in Dallas, Houston and Tulsa (which is so close that we include them). The rest of the opera season is a combination of the well-known, the rarely-performed and a few downright surprises.

Contemporary opera gets a big boost after the new year with the American  premiere of Mieczyslaw Weinberg’s The Passenger at Houston Grand Opera in January, and Tod Machover’s Death and the Powers at Dallas Opera  in February. This will be a season with a lot of travel involved for the devoted fan, because there is so much of real interest for opera aficionados across the Southwest. 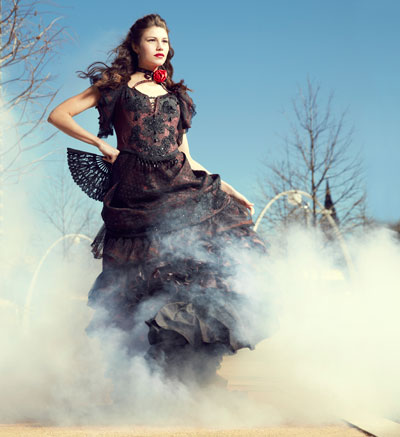 Carmen opens the season at Dallas Opera, and will also be on the bill in Houston and Tulsa. Photo by Karen Almond, Dallas Opera.

No matter how much she smoulders, however, all critical eyes will be on conductor Emmanuel Villaume as he makes his serendipitous debut as the new music director of the company. As the third director in the company’s 56-year history, his appointment represents a once-in-a generation event for the Dallas Opera. He has conducted in all of the major opera houses in the world.

In Houston, you can see Verdi’s Aïda, which is one of the biggest of the pageant operas. The season-opening show opens on Oct. 18 in a lavish production shared with three other companies, featuring new choreography by Dominic Walsh, who has gathered dancers from all over the US. Soprano Liudmyla Monastyrska  plays the ill-fated Aïda and tenor Riccardo Massì sings the unfortunate Radames. But the real treat here is to experience the Amneris of mezzo Dolora Zajick, who has sung the role with every major company in the world. Johann Strauss’ frothy Die Fledermaus runs Oct. 25-Nov. 10 at HGO.

One company that is often unjustly overlooked is Opera in the Heights, a Houston-area regional, professional company that features emerging opera singers and brings affordable opera to the area. They are presenting a season of standards, starting with Verdi’s tragic La Traviata, Oct. 4 and Donizetti’s sublime comedy, Don Pasquale, on Oct. 15. No big names here, but that is the point: Bravo to Opera in the Heights for giving young singers a chance to sing major roles and hooray for Houston for supporting such a valuable company.

Mention must be made of the creative and nimble Amarillo Opera, which does a terrific job. You can see Amarillo’s take on Donizetti’s Lucia di Lammermoor on Oct. 5-6 in a beautiful production originally created for the Miami Opera.