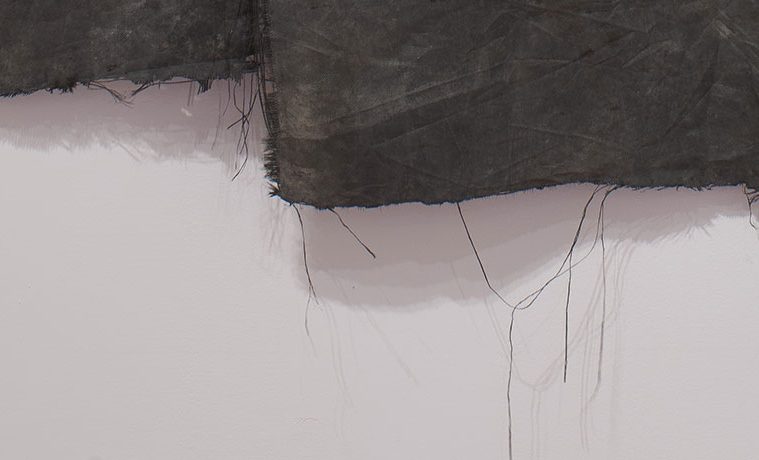 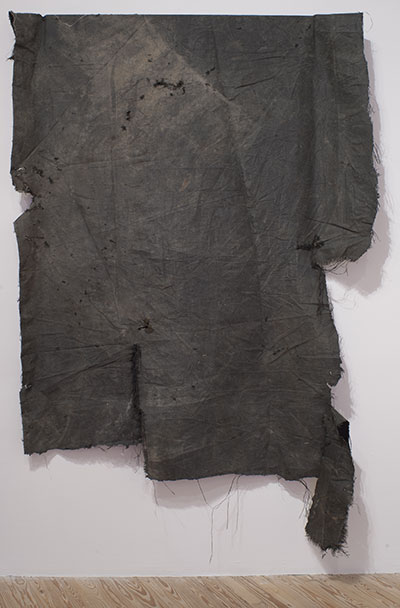 Piper’s move, ARTNews’s Robin Cembalest wrote, raised the question of “whether separate exhibitions are still needed to tell the stories that were left out and continue to be absent from conventional tellings of art history, or whether creating these separate spaces amounts to a kind of ghettoization that prevents the artwork from being considered on the larger stage.”

Perhaps this five-month experiment’s most interesting contribution is that it responds to the dilemma Cembalest articulates by having it both ways: creating separate spaces for black artists and, by virtue of their close proximity to Arning’s and Daderko’s shows, allowing their work to be considered on a larger stage—in this instance, a multiplatform stage. (For example, mixed-media paintings by Brenna Youngblood make appearances in both Black in the Abstract, Part 2: Hard Edges/Soft Curves and Daderko’s Rites of Spring.)

This arrangement invites viewers to approach the works in Black in the Abstract with a “double consciousness,” to borrow W.E.B. DuBois’s instructive term and the title of Cassel Oliver’s 2005 survey of black conceptual art (which, by the way, included work by Piper, as did Cinema Remixed and Reloaded: Black Women Artists and the Moving Image Since 1970, which Cassel Oliver co-curated in 2008). 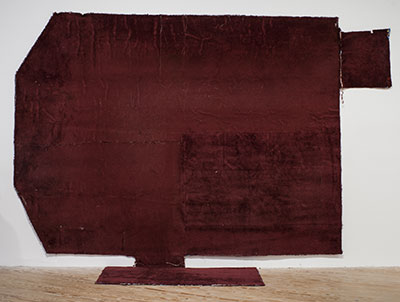 On the one hand, we can examine the connections Cassel Oliver draws between black artists who came of age in the 1960s, 70s and 80s and younger African-American artists. It’s a treat seeing David Hammons’s Tough Love (2013), in which a painted abstract canvas is covered by a dark, hulking piece of tattered, frayed, faded fabric, in conjunction with Rodney McMillian’s Untitled (2011), a hulking, tattered, frayed, faded red carpet taken from an abandoned house.

Both disturb with their haunting, hidden histories, yet their shared sense of accidental beauty points to how both abstract painting and conceptual art have trained us to find formal pleasures in the unlikeliest places. Also conceptually loaded yet formally beautiful is Houston artist Nathaniel Donnett’s wry Hairline Fracture (2014), which uses African-American hair seemingly to etch a minimalist line drawing into the side of a free-standing wall.

On the other hand, both parts of Black in the Abstract make it perfectly clear that, on the whole, the quality of the work being produced by black artists whose practices include abstraction—as the inclusion of Hammons, McMillian and Donnett indicate, not everyone here is an “abstract painter”—does not suffer in comparison with that of their colleagues of other backgrounds, including major figures like Amy Sillman and Charline von Heyl, both of whom have work in Arning’s Painting: A Love Story.

To be sure, this double-consciousness arrangement also has its drawbacks. Because the three curators have had to divvy up gallery space between them throughout this revolving smorgasbord, depth is sacrificed for breadth, and we generally get one or two examples from each artist, as often happens in group shows. 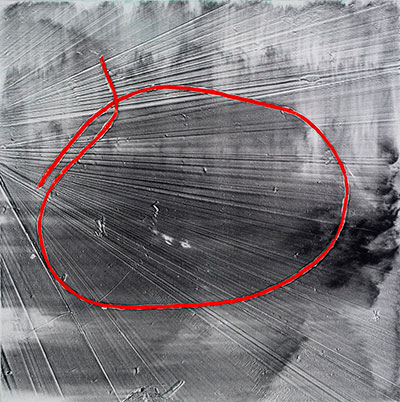 This problem afflicts all six shows but perhaps hits Black in the Abstract the hardest. I would have loved to see more paintings by Jack Whitten, whose Single Loop for Toots (2012) is a tour de force of disorienting spatial and painterly effects; or by the Spiral Group, a collective whose members included Romare Bearden (who had a stunning piece in Part 1) and Felrath Hines (Part 2).

But that indicates we could use more, not fewer, shows focusing on black artists, particularly the kind that would allow for greater depth and more thorough historical (and, for that matter, contemporary) reclamations.

This is not to say the kinds of multi-ethnic exhibitions Piper wrote Cassel Oliver to say that she prefers aren’t also important. They’ve played an important role in Houston’s art history, as when the black artist Peter Bradley, at the invitation of Dominique and John de Menil, curated The De Luxe Show, an integrated show of abstract painters, at a Fifth Ward movie theater in 1971. (Cassel Oliver has also done integrated shows; think of Hand + Made: The Performative Impulse in Art and Craft and Splat Boom Pow! The Influence of Cartoons in Contemporary Art). As Outside the Lines suggests, it’s not either/or. It’s both/and.

Outside the Lines
Contemporary Arts Museum Houston
Through March 23