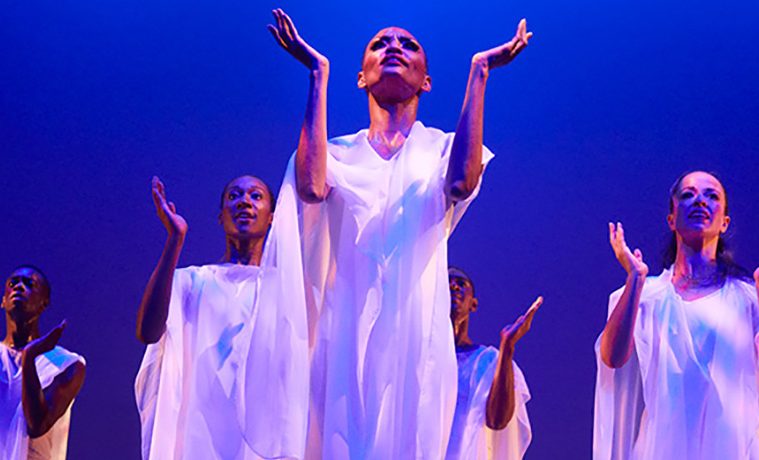 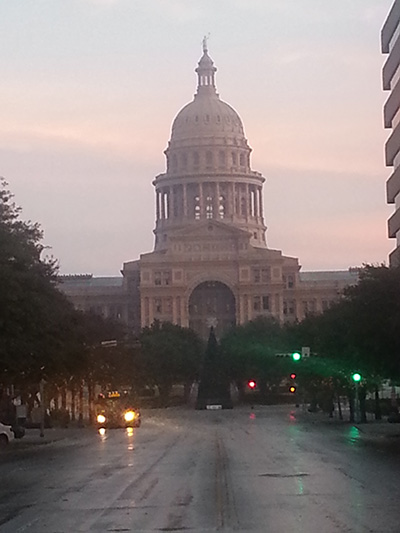 In doing some early research on the history of ballet in Texas, I emailed my favorite grad school ballet teacher, Shelly Berg, now a Professor in the Dance Division at Southern Methodist University. “I’m in London looking at the city as a performance,” she told me—a dangerous thing to say to a performaniac. How could I resist looking at Texas as a performance during my recent whirlwind tour through Dallas, Fort Worth, San Marcos, San Antonio and Austin?

The drive from Houston to Dallas up I-45 North has to be one of the world’s most uninteresting treks. Other than a “Sam Kong” drive-by, there isn’t much to look at. But, really, that’s just suspense Texas style: When Dallas does emerge in the landscape, it appears to have been dropped from the sky. A few turns off the highway and I’m smack in the nucleus of one of the largest cultural districts in the world. That one could park their car, see three major museums, and take in a show all on one street is nothing short of outstanding cultural planning. I hardly minded that the AT&T Performing Arts Center slightly resembles a car dealership. What’s not to love about the performing and visual arts all sharing the same street?

“Is this your first time here?,” asked the Dallas Museum of Art greeter. I must have had that deer in the headlights look, because this lovely woman spent some time getting me oriented. With map in hand, and no time to waste, I crashed through the glorious Jim Hodges, Edward Hopper and Robert Smithson exhibits. (Smithson in Texas runs through April 27.)

More walkable art experiences can be found in the Amon Carter Museum of American Art, the Modern Art Museum of Fort Worth, and the Kimbell Arts Museum cluster. The straight path from the entrance of the elegant new Renzo Piano Pavilion to the Kimbell’s swanky auditorium begs one to wonder what will go on in this marvelous new museum-based performance space. Wasn’t I just talking about music in museums a few Performanias ago? Taking it seriously means beefing up the acoustics, which is exactly what the Kimbell has done.

Another newish building caught my eye, the ZACH Theatre sleek new tower in Austin, big enough to impress, small enough to create intimate theater experiences, all of which worked perfectly for a whimsical performance of A Christmas Story. I found more urban drama in Austin on a Sunday morning walk down deserted Sixth Street, leading up to the Grand Promenade at the State Capitol. With fresh sprinkling of rain, not a car in sight, the city revealed its quieter side to me. 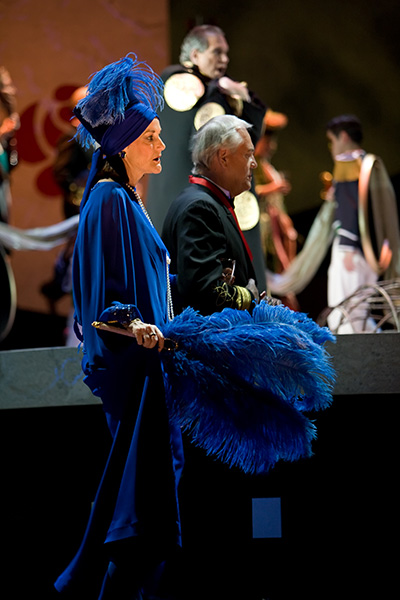 On the way to San Antonio, I couldn’t resist darting off the main drag to see the new Performing Arts Center at Texas State University, built on the old Falls dorm site that housed my very own Bobcat. The new facility’s own story begins with its inaugural production, Anything Goes, directed by Kaitlin Hopkins, April 8-15.

San Antonio’s McNay Art Museum is simply a performaniac’s paradise. With the Tobin Theatre Arts Collection in house, it was hard not not to go crazy viewing the sets for Tim Burton’s classic film, The Nightmare Before Xmas. I found myself completely stopped in my tracks by the late Peter J. Hall’s costumes for Salome, his final work for the Dallas Opera, the culmination of  a relationship that spanned over 70 productions.

Crashing through nine museums in three days is certainly not an ideal way to experience art in the Lone Star State, but it certainly has momentum. This trek is one of one of many trips I hope to make over the next few months, to get a clearer, on-the-ground picture. I see Texas, a performance as an ongoing practice, one that hopefully plays out in this magazine each month.

Of course, actual performances are part of the mix. I returned to Houston to find the marvelous Dallas Black Dance Theatre performing in my own backyard (thanks to MECA Houston) for the last time with the legendary DBDT founder Ann M. Williams as artistic director. Seeing this excellent company at the threshold of change reminded me that our cultural story is in constant flux. That Texas nurtured this fine company is certainly one of its finest accomplishments.