Pop Art, Designed for 2021: A look into the Blanton’s Pop Crítico

Pop art, for all its flash, color, and commentary, may not have lived up to its intended legacy. In the pursuit of manipulating or at least poking fun at mass consumer culture, our capitalistic tendencies have won out—and you can find Andy Warhol or Lichtenstein-inspired commercial goods at even the most basic of tourist shops. What was once a parody of popularity is now ostensibly a parody of itself, arguably fulfilling its own sarcastic and self-referential destiny or, for the cynics, failing at properly satirizing its original subjects. As someone who frequents museums, I have certainly found myself blazing past those early pop art pioneers and the generation of artists that followed because I’m not interested—even if the individual work has not been seen, the motifs and execution have taken on the metaphorical form of a deceased horse and so I keep it pushing in pursuit of more introspective work.

Given the aforementioned fatigue with the genre, there was some speculation as to the potential impact of the Blanton exhibit Pop Crítico/Political Pop: Expressive Figuration in the Americas, 1960s-1980s (through Jan. 16), as well as a certain wariness when it comes to trying to parallel contemporary problems with art from the past. With Black Lives Matter and the 2020 election still deeply reverberating through our public consciousness, it can appear glib or even tone deaf to try and justify the timeliness of current exhibitions focusing on Black empowerment and political struggles, when the topic never left the discourse for communities of color. But with Pop Crítico, curators Vanessa Davidson and Carter E. Foster bring forth pop art’s political focus with works primarily from the Blanton’s permanent collection.

Two things of note: the exhibition itself draws from artists who absolutely define the genre and others who dabbled with pop art temporarily, leaning on the movement’s bright colors and pop culture iconography or inspiration. And the exhibition came to be due to a shift in programming; as curator Foster commented, “Necessity was the mother of invention here.” Why note these other two? Because the exhibition itself is a bit disjointed upon first glance. Given the scope of the show across two decades and one very large continent, a little dissonance is to be expected. However, with deeper study of the exhibition, Pop Crítico’s initial contrasts become connective tissue.

­­­
Take for example Fernando Botero’s Santa Rosa de Lima según Vásquez (1966) and Peter Saul’s Criminal Being Executed (1964). Saul takes a blunt approach to the work with violent imagery and a bright color palette. Guns shoot bullets across a figure strapped to an electric chair in varying shades of yellow as a floating word bubble announces, “You have to fry.” Subtlety is nowhere to be found here.

In juxtaposition, Botero’s plump and nervous looking subject is painted beautifully with the glowing softness usually reserved for religious imagery. Referencing a depiction of the saint by Gregorio Vásquez de Arce y Ceballos, Botero renders the figure in muted tones with pops of color tucked into the roses that adorn the young woman’s head. And yet between the two, both Saul and Botero use cartoonish exaggeration to drive home their commentary despite sharing no other visual cues. For Saul, Criminal Being Executed offers new context to the hypocrisy and outlandish approach of the U.S. criminal justice system, while Botero stirs up new dialogue around religion and the effects of colonialism in his St. Rose of Lima.

Indeed, this soft nod to approach, rather than content, reveals itself throughout the exhibition, whether it’s the perspective-shifting approach of Claudio Tozzi’s O retrato [The Portrait] (1971), in conversation with Jorge de la Vega’s Go Go Go (1967) or Apuntes para la historia extensa, continuación (1968), by Beatriz González playing against Big Daddy with Hats (1971) by May Stevens. 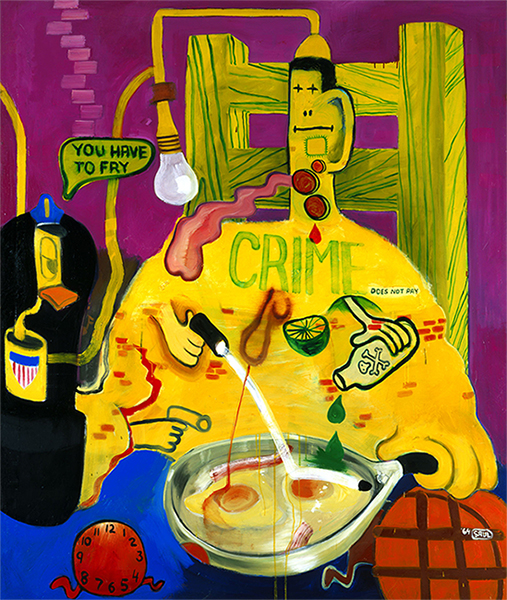 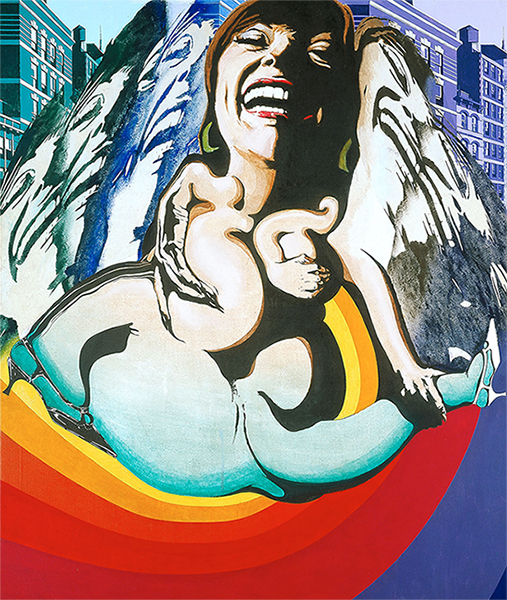 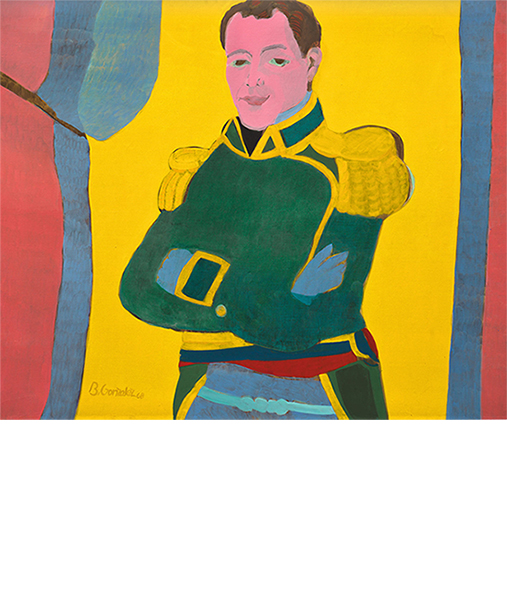 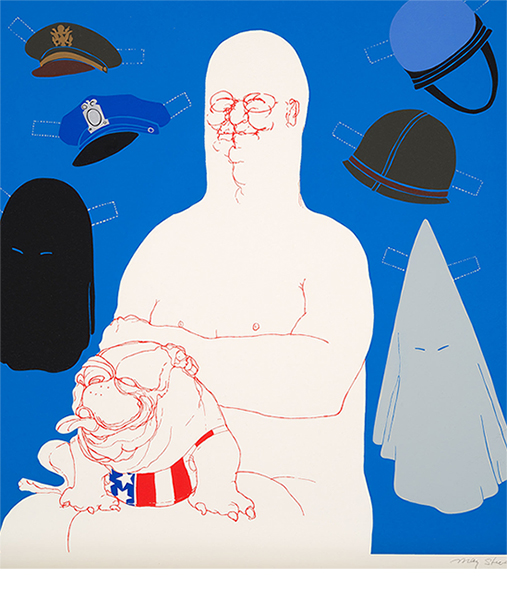 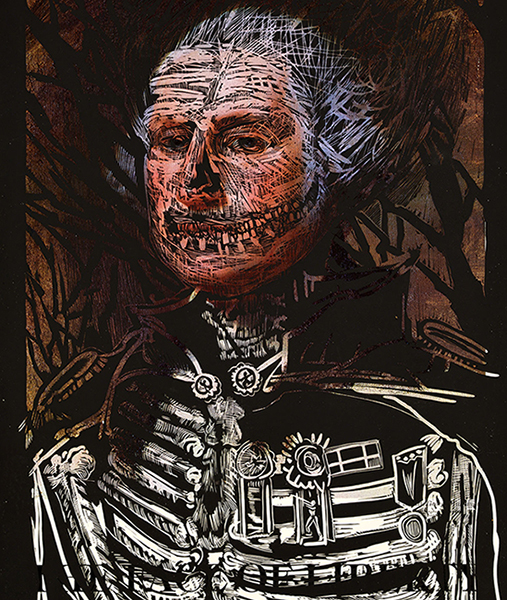 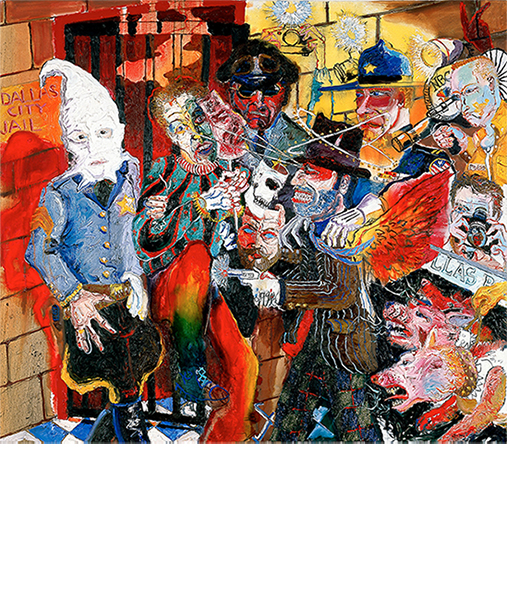 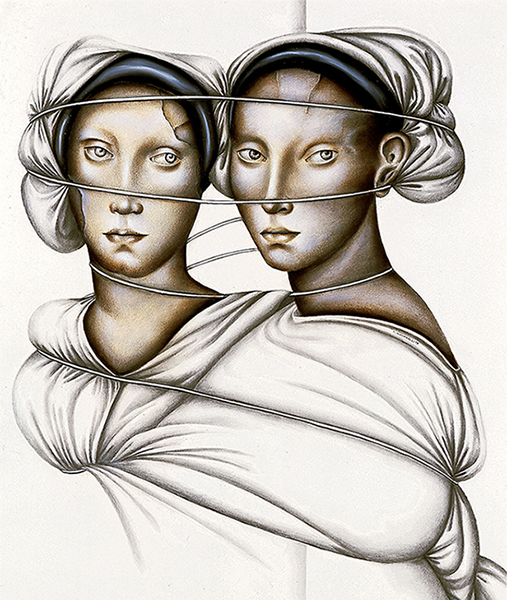 Carmen Aldunate, Untitled, 1977, black and brown chalk with gouache. Blanton Museum of Art, The University of Texas at Austin, Gift of Barbara Duncan, 1994. 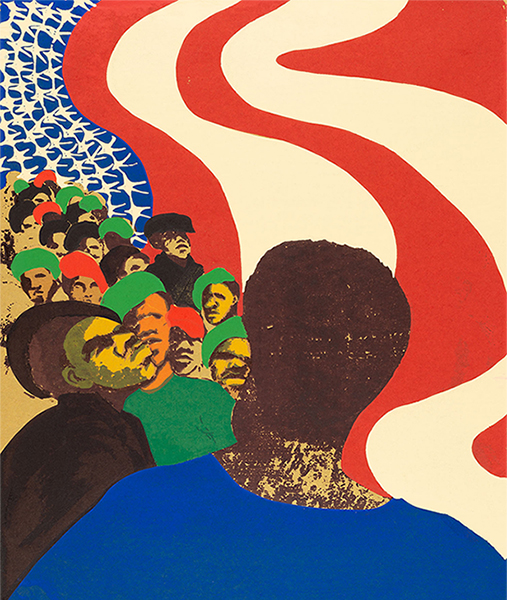 Barbara Jones-Hogu, Nation Time, 1970, screenprint on gold-colored paper, 30 7/8 x 24 7/8 in. Blanton Museum of Art, The University of Texas at Austin, Purchase through the generosity of Leslie Shaunty and Robert Topp, 2019 (photo: © Estate of Barbara Jones-Hogu) 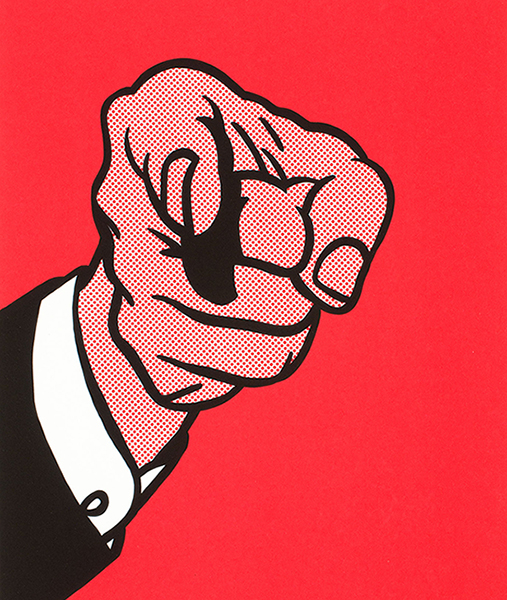 It is evident that curators Davidson and Foster dove deep into the permanent collection to find these loose ends of social discourse and bring them forth for new audiences. And despite a concern around cementing a certain relevancy to the exhibition given recent events, that apprehension is dispelled once audiences can spend time with the show.

A few concessions do remain. For fans of the pop art movement, there are works that only loosely feel correlated, like Carmen Z. Aldunate’s Untitled. Some of the included pieces are perhaps better defined as figurative work making its way into the political realm, rather than pop art writ large. However, Pop Crítico offers viewers a chance to recontextualize their own framework for 1960s-and-beyond counterculture with a specific spotlight on the rich work coming out of South America at this time, namely looking to artists from Colombia, Peru and Argentina. With themes spanning social justice to totalitarianism, individualism and assimilation, the Blanton’s Pop Crítico strikes a loud chord with an understated curatorial hand. 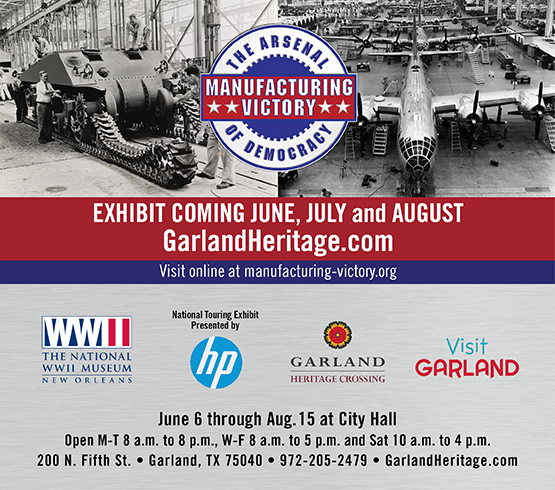