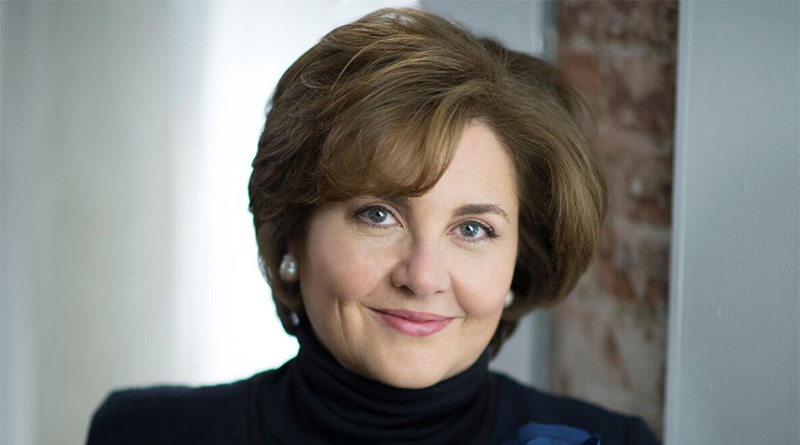 This past July, Rebecca Rabinow, who grew up in Houston, stepped into her new role as director of The Menil Collection. Rabinow returns to the city after 25 years in New York City where she was The Metropolitan Museum of Art’s Leonard A. Lauder Curator of Modern Art and Curator in Charge of the Leonard A. Lauder Research Center for Modern Art. Laura Wellen corresponded with Rabinow by email to get her thoughts on Houston’s growth, the importance of art in our daily lives, and more. On view now at The Menil is Andy Warhol’s Sunset and Pablo Picasso’s The Line opens Sept. 16, both through Jan. 8.

A+C:  Your trajectory began at the Menil and, in several interviews, you mention the importance the Menil’s archive played in your earliest interest in research. At the Met, you were recently named the curator-in-charge of the Leonard A. Lauder Research Center for Modern Art. Can you tell me a bit about your own research background?

REBECCA RABINOW:  When I look at a work of art, I consider its formal qualities and then began to wonder who created it and why; in what part of the world was it made and under what economic, political, or social strictures? How was it made? What happened to it after its creation? Who was inspired by it? People used to ask me what a curator does. Well, in my opinion, a curator is part detective — and to be an effective detective he or she has to be a good researcher.

With the opening of the Drawing Center, I imagine there will be expanded potential for drawing-based research. Are there other points at which you see the Menil’s research mission strengthening— new directions, or new points of departure for scholarship within the Menil’s collections?

I am excited to learn about the Menil’s collection. As art lovers know, the institution’s areas of strength include Surrealism, post-war American art, late nineteenth- and early twentieth-century African art, and modern drawings. All told, the Menil owns approximately 18,000 works of art, and I am interested in seeing every bit of it. It is a special moment of discovery for me, one facilitated by our excellent Collections Manager and curators. I am having a great time and am already overflowing with related programming ideas.

I was surprised to learn that you worked with Gary Tinterow on the reinstallation of the Met’s 19th and early 20th century galleries in 2007. Like you, Tinterow is from Houston, worked at the Met for more than 25 years, and then returned to Houston as a director of a major museum. It is such a coincidence! Do you imagine any potential collaborations between your respective institutions in the near future?

Back in 1990, Gary Tinterow hired me to work on the Met’s large Georges Seurat retrospective. Now, six years after Gary became the director of Houston’s Museum of Fine Arts, I am once again delighted to have him as a colleague. I certainly look forward to perpetuating the warm relationship between the Menil and the MFAH and additionally to meeting and working with the entire Houston arts community.

There’s a dramatic difference in scale between the Met and the Menil. What are the challenges of moving to a much smaller institution? The advantages?

Despite the difference of scale, the Metropolitan Museum and the Menil share many similarities: The high quality of their respective collections, the commitment of their staff, the deep pride felt by everyone attached to these institutions. Additionally, both the Met and the Menil must consider how best to program and oversee multiple buildings. The Met has its iconic Fifth Avenue site, of course, as well as the Cloisters in Fort Tryon Park and the Marcel Breuer-designed building on Madison Avenue. Similarly, the Menil neighborhood boasts the Renzo Piano main building, as well as the Cy Twombly pavilion, the Dan Flavin Installation at Richmond Hall, the Byzantine Fresco Chapel and soon the Menil Drawing Institute. It is true that the difference of scale makes some things easier for me. I’m making sure to meet with each and every staff member, a luxury I would never have had arriving at an institution like the Met, with more than one thousand employees.

For me, the Met and the Menil are two of the most magical museums in the world. What, for you, makes the Menil so special?

One of my favorite aspects of the Menil Collection is that it is designed to enhance the experience of looking at art. No matter how visitors arrive in the neighborhood—by foot, bike, car, or public transportation—they must traverse a landscape in order to access the building. It is inherently calming, the day’s stress slowly recedes as one crosses the large naturally-lit entry spaces. By the time I enter the individual galleries, I feel as if I am emotionally prepared to look.

Free admission is integral to the Menil experience; the buildings are open to everyone at no charge. We hope that people will visit repeatedly, whether during a quick lunch break or for hours at a time. The de Menils believed that art is integral to our lives, and we try to make that experience a possibility for everyone. Additionally, because we never charge admission, we have the freedom to experiment with our programming—a great and increasingly rare luxury in the museum world.

Houston has changed dramatically since you last lived here, I imagine. And, though you’ve just arrived, what are some of the changes you’ve noticed?

Anyone who has returned to Houston has noticed the extent to which the city has grown. If the traffic is the downside, the upside is the extraordinary energy and attention now devoted to the arts: The Center for Contemporary Craft, Asia Society Texas Center, the soon-to-open Moody Center at Rice University, Project Row Houses, MATCH, the Museum of Fine Arts Houston’s new buildings, and of course our Menil Drawing Institute. We are witnessing a cultural renaissance, a recognition by the citizens of Houston that the arts are critically important to our quality of life.

As the city continues to grow and change, how do you describe the Menil’s place in the local arts community, the region, and the national conversation? Do you imagine its role as a changing one or as a consistent one?

When I’ve asked people what they love about the Menil they often mention the art first, with the architecture a close second. (Yet those live oak trees and crepe myrtles in the public parks rank high on the list as well.) The Menil was designed to be a refuge of sorts, a special place where people can quietly contemplate works of art and enjoy green spaces. As the city grows, the Menil’s role becomes ever more important because it functions, in part, as a soul of the city.