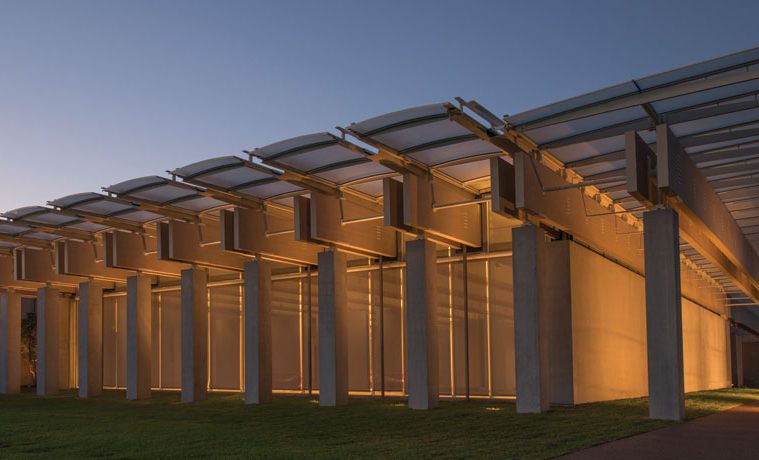 Kimbell’s New Pavilion Shows He Does His Best Work Here 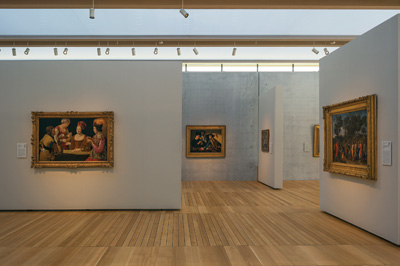 I’ve had mixed feelings about the upcoming Nov. 27 opening of the Kimbell Art Museum’s Renzo Piano Pavilion. A recent sneak peek at the new building gave me a chance to process them.

A mere five years later, the AIC has closed its European modern galleries to fix problems with the Piano-designed wing’s light harvesting and motion sensor systems, among other issues, paving the way for The Age of Picasso and Matisse: Modern Masters from the Art Institute of Chicago, on view through Feb. 16 in the Kimbell’s Louis Kahn building. That the AIC’s extraordinary European modernist holdings look better in the Kahn building than they do in Chicago only adds to the sense that Piano didn’t do his best work there. (Nor am I a huge fan of his additions to the Los Angeles County Museum of Art campus.)

But a recent tour of the pavilion—in late October, as curators and preparators filled the new galleries with art and sidestepped workers putting finishing touches on the building—reminded me that Piano does tend to do his best work in Texas, although only time will tell whether what’s billed as one of his “most elaborately engineered roof systems, which appears to float about the massive, coupled wood beams” ends up giving the Kimbell problems like Chicago’s.

Notwithstanding that and the other obvious caveat—I had a brisk stroll through and around a not-quite-ready-to-open building—the Kimbell addition has many of the hallmarks of Piano’s masterpiece, the Menil Collection in Houston: a similar feeling of lightness pervading its spaces, a like-minded prioritization of green space and elegant interplays between indoor and outdoor spaces, and an equally sensitive relationship to the building’s (very different) neighborhood. Meanwhile, the low-slung, colonnaded pavilion, which consists of two wings connected by a glass passageway, holds up its end of the dialogue with the Kahn building. 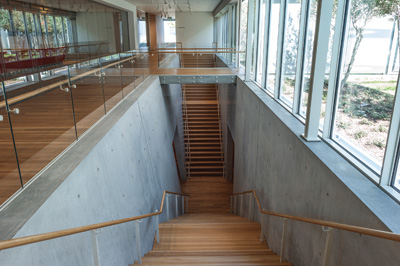 It’s the latest round of a decades-long conversation. Dominique and John de Menil, it’s worth recalling, engaged Kahn shortly after the Kimbell opened in 1972 to design a museum for their collection, but the project stalled after John de Menil died in 1973. Dominique de Menil eventually gave Piano his first and second U.S. museum commissions—the Menil Collection, which opened in 1987, and the Cy Twombly Gallery, which opened in 1995. (Dallas’s Nasher Sculpture Center, which is celebrating its 10th anniversary, was Piano’s third Texas commission.)

“The first thing that Renzo Piano did when he got the commission for the Menil was to come here and spend three days at the Kimbell,” director Eric Lee told me in 2011. “This, in many ways, was the springboard for the Menil, and now he’s come full circle and designed the companion for the Kahn building here.”

There’s so much to love about what Piano has done with concrete, glass and wood: the way only a third of the energy-efficiently building, which includes a parking garage and a green roof accessible to the public, is above ground; the surprising sightlines created by slanted walls in strategic locations; the thin, movable, seemingly floating gallery walls and “breathing floors,” in which the small gaps between white oak floorboards allow the flow of low-velocity air.

When I visited, two of the new building’s three galleries had been installed, missing only the wall labels, so I can attest that the Kimbell’s Asian, African and pre-Columbian holdings—long cramped in the Kahn building’s stepchild space downstairs near the information desk and gift shop—look every bit as ravishing as one could hope. (At the time, paintings were still being wheeled into the half-installed temporary exhibitions gallery that will first show off the Kimbell’s pre-1800 European collection, which will then return to the Kahn building after the Modern Masters show comes down.) 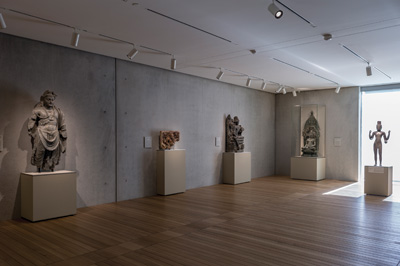 Which brings us to my lingering source of ambivalence: The 101,130 square-foot building is adding just 16,080 square feet of gallery space, meaning the addition won’t even match the Kahn building’s 22,000 square feet devoted to galleries.

For nearly any other museum of the Kimbell’s caliber, that number would be shockingly low. The last new museum building I visited, the Saint Louis Art Museum’s David Chipperfield-designed East Building, is about twice the size of the Kimbell’s Piano Pavilion but adds more than 82,000 square feet of gallery space.

The difference, of course, is that the St. Louis museum is encyclopedic, with more than 33,000 artworks in its collection; the Kimbell’s holdings, though very high in quality, number fewer than 350. The Kimbell says it will be able to display three times as many artworks as before, which given the collection’s size may well be enough, especially considering that light-sensitive works, including Chinese scrolls—some a thousand years old or more—will need to be rotated off view in order to preserve them. The Piano building will also house a 298-seat auditorium with state-of-the-art acoustics; five workspaces for the education department, including three studios; a new library and archive facility; a prep workshop; and much-needed office space..

“It’s a good size for our collection and needs,” says Kimbell spokesperson Jessica Brandrup. As long as that assessment holds true, it looks like Texas has brought out the best in Piano yet again.