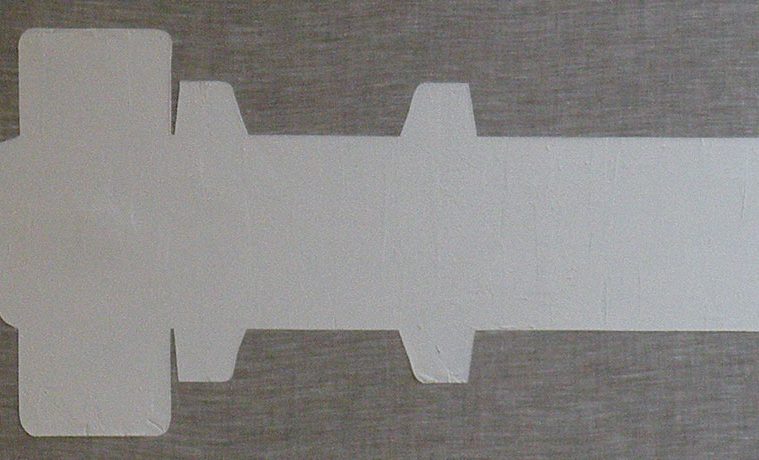 IMAGE ABOVE: Travis LaMothe. A004, 2014. Drywall compound on linen.   Courtesy of the artist and RE Gallery. 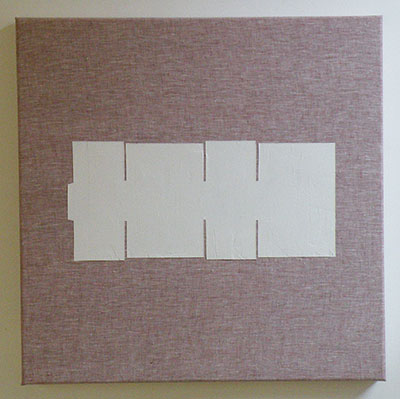 More than any other Texas city, Dallas registers in the popular imagination as a city of opulence and flashy indulgence. So it’s not surprising that most national attention to its cultural life focuses on the gleaming, philanthropically well-endowed institutions of the Arts District. But the city is also home to a flourishing DIY art scene, and Dallas native Travis LaMothe is part of a young generation of artists helping reseed its artistic grassroots.

LaMothe’s path has been a direct tract towards the visual arts through an ever-narrowing focus on design and the aesthetics of functionality. After earning a bachelor’s degree from Indiana’s DePauw University, he returned to Dallas to pursue his MFA at Southern Methodist University. Under the direction of Noah Simblist and the SMU arts staff, LaMothe drew on a background that included painting, printmaking, and sculpture to forge a medley of mixed-media installations many that mimic everyday structures with a sarcastic nod to consumerism and the frivolity of trends. 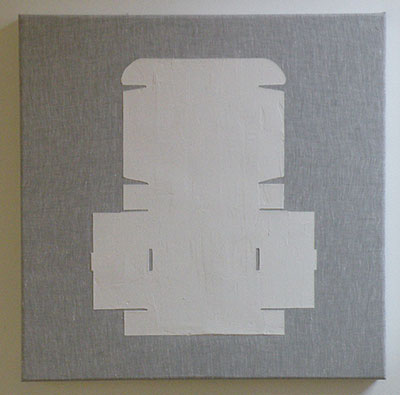 LaMothe’s work seeks to be subversive without sacrificing on detail and deliberation. In his last exhibition,  Crass, hosted at The Reading Room in Dallas’s Exposition Park, LaMothe displayed miniature models of tables sculpted out of soap alongside a sharply cut, hand-sewn and silkscreened shirt bearing a beautiful print that when magnified revealed a repeating, two-word one-liner: “Dick Joke.”  The show whirled around the presumptions we absorb about design. Design, at its core, centers on intelligent intricacy and class. LaMothe’s sculptures bring the humor of bad taste to the surface.

“Design, for me, is a way to access language,” LaMothe says. “Its focus on the intersection of form and function is a very objective and introductory way to ground our perception in objects.  My work deals with this language, but often in its shortcomings—specifically the way it helps to appraise our own taste and desire.”

Although he grew up in Dallas, LaMothe says he “didn’t feel like I knew it at all. It … has been entirely different to navigate as a citizen rather than a child, and especially as an artist.  I currently feel like I have room to grow here.  I can’t tell if I’m becoming optimistic or if Dallas is expanding faster than me, but this feeling is stronger every day.”

His peers would agree. From Oliver Francis Gallery owner Kevin Ruben Jacobs to emergent artists such as Michelle Rawlings (both neighbors of LaMothe), there is a rejuvenated sense of reclaiming the Dallas hierarchy as their own and building a contemporary legacy for the city, which has an opportunity to embrace its cultural strengths and examine its pitfalls through the voices of its young artists. 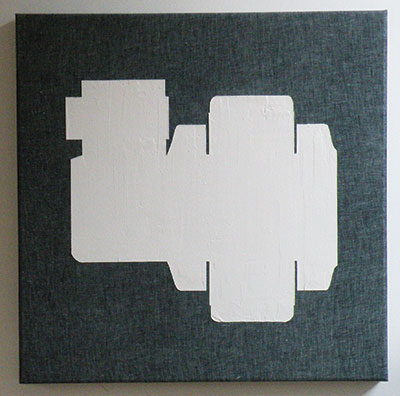 LaMothe’s current body of work is on view at RE Gallery through May 25 and focuses on manufacturing and serialization. Returning to the medium that sparked his career, LaMothe has constructed drywall-on-linen paintings that will line the gallery in various hues. They’re made by tracing cardboard templates onto the drywall, cutting it, and then mounting it onto the linen.  As with his last exhibition, the paintings represent the same visual aesthetics (clean lines, stark imagery) but LaMothe ventures into new territory by expanding into sharper colors. The effect is to feel the richness of the collection while also pulling back and confronting the repetition. “When you put them in threes and fours—sets of one blue, one grey, and two red paintings—they become very funny to me, like they are trying to start a club,” LaMothe says. “This work is still about the intersection of the public and private.  Each one is caught between being itself and simultaneously being a very minor part of the larger scope of work.”

Travis LaMothe: generics
RE Gallery
Through May 25