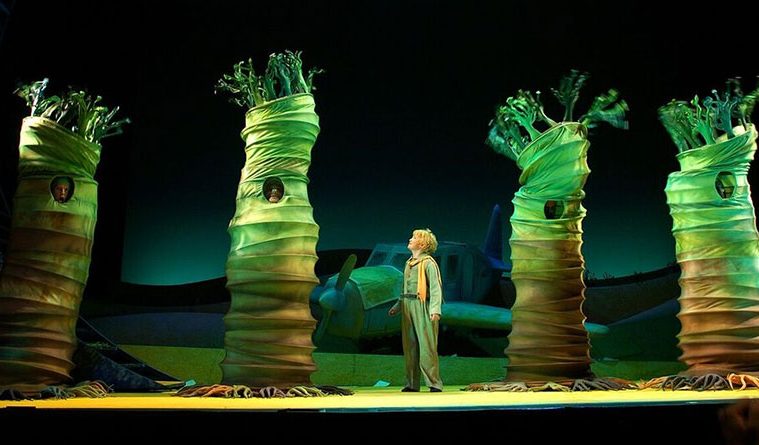 Seeing With the Heart: The Little Prince Charms at HGO 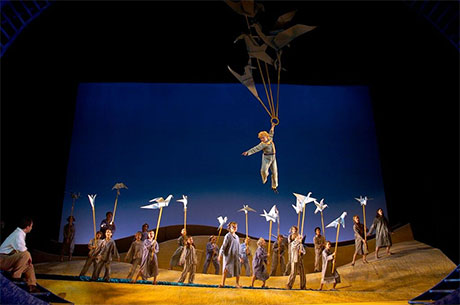 Ballet has The Nutcracker to fill seats for the holidays, and theater has A Christmas Carol, along with perhaps some cynical-irreverent antidote like The Santaland Diaries.   For a long time after its world premiere in 2003, I hoped Houston Grand Opera would have The Little Prince. You know – the holiday opera!

The idea, while it hasn’t happened in Houston or anywhere else that I know of, had merit. Rachel Portman’s shimmeringly beautiful orchestrations and mostly hummable melodies add the appropriate level of magic to a tale already beloved for its magic, Antoine de Saint-Exupery’s tale of a small, golden-haired boy from a distant tiny planet who brings meaning to an empty earth for a time, only to leave with a promise to return. It’s all about the innocent wisdom of the child, about seeing with the heart instead of the eyes, and about living within the things about life that all grownups struggle to understand. The ambiguities, pleasant and otherwise, of the book became the ambiguities of Portman’s opera, performed during its original run and then repeated a year later.

Since then, the work has enjoyed performances here and there, in other U.S. and European cities as well as in South Korea. It even found its way into a video version by the BBC, notable to fans of the premiere mostly for featuring the original Pilot, Teddy Tahu Rhodes, and for cutting many favorite parts of the original score. Based on the current HGO production at the Wortham Center, the script has taken on more clarity about what the issues are, and the music discarded by the BBC remains discarded. Some of the cuts, especially in the opera’s powerful closing chorus, make no sense and simply shorten the delight. 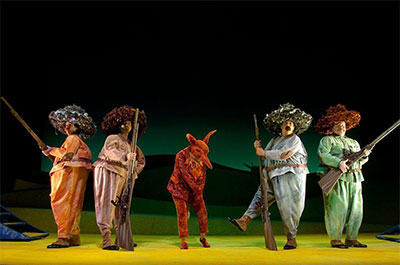 In lieu of Rhodes, HGO Studio alum Joshua Hopkins is back from the 2004 Prince as the Pilot, singing his music with power and impressive warmth – he brings an immense likability to the role that is a definite plus. His opening aria about the joys of flying – prefacing the Prince’s own flying from planet to planet – is unforgettable. He is joined onstage most of the time by one of two local boys trading off as the Prince – 11-year-old Andy Jones of Houston and 12-year-old Cohle H. Smith of Humble. It seemed that at least one of the boys was wearing a microphone to sing, which took a few minutes getting used to, considering that Hopkins and the rest of the opera singers onstage needed no amplification.

All the performers were convincing, especially tenor John Kapusta as the Vain Man and, a bit later, the Snake, and also Sofia Selowsky as the Fox, who teaches the Little Prince a lesson about friendship and “taming.” The best part of the cast, beyond the Pilot, may well be the 20-member children’s chorus directed by Karen Reeves. The kids are handed some of the loveliest music in the opera, getting to portray stars smiling down on all of our endeavors and the birds that evoke our journey, our discovery, and our awakenings.