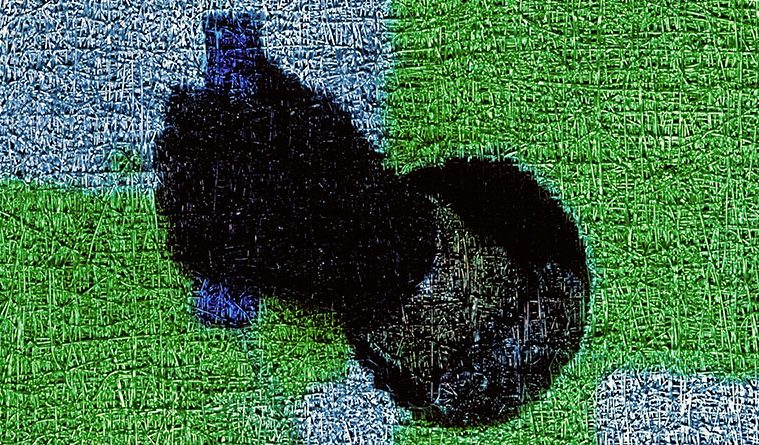 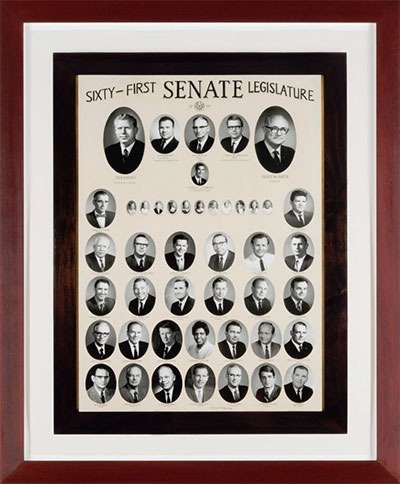 Born in 1955 in San Antonio, Donald Moffett attended the University of Texas for two years and then earned a BA in art and biology from Trinity University before striking out for New York City in 1978. There he soon emerged as a prolific, socially-conscious artist who became a founding member of Gran Fury, the artistic arm of the AIDS activist group, ACT UP.

“That piece pretty much defines the beginning of my career,” Moffett said in a phone interview from his New York studio. “I think it shows how I’ve tried to combine politics with more formal issues.”

A broad-ranging artist who experiments with diverse media, including digital chromogenic prints, drawings, video projection paintings and lush, bold abstract oil paintings, Moffett—or at least a representative sampling of his work—is getting a homecoming of sorts. This fall, Austin’s Blanton Museum of Art is presenting a two-part installation of newly acquired works by Moffett as part of an initiative to increase its holdings by artists from Texas. The work will be on view through February 28.

“I go back to Texas as often as I can, so it’s exciting for me to see my work at the Blanton,” Moffett said. “I’m constantly asked by my New York friends about what it was like to grow up in such a conservative place. But I had a fairly reasonable upbringing in San Antonio, and I held a fundraiser in New York for Wendy Davis when she ran for governor, so I know that Texas politics is more diverse than the way it’s usually depicted in the media. Barbara Jordan, for example, was absolutely a heroic figure for me while I was growing up.”

Moffett’s What Barbara Jordan Wore (2001), a series of digital prints exploring the legacy of the Texas congresswoman, will be shown at the Blanton as well as 18 drawings that make up his Mr. Gay in the U.S.A. series, which depicts the sentencing of Ronald Gay, a Vietnam War veteran who shot several people at a gay bar in Roanoke, Virginia, in 2000. Gay killed one person and seriously injured several others. Moffett attended his sentencing and made impressionistic sketches. 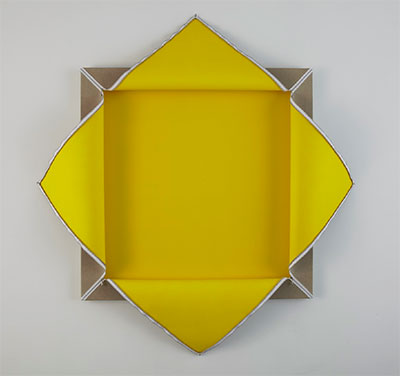 Other works by Moffett deal with more formal art issues. The abstract painting, Lot 102807 (Yellow) (2007) features an “unzipped” canvas that reveals, on close examination, the central primary color actually painted on the wall.

But perhaps Moffett’s most innovative experiments have been with projecting videos on painted canvases. His Untitled/Green Roller (Lot 080104) (2004) initially appears to be an abstract blue and green landscape punctured by a black hole. In a conceptual comic twist, Moffett projects a video on the canvas so that a two-dimensional hand emerges from the hole and begins painting.

Veronica Roberts, Blanton curator of modern and contemporary art, says Moffett is not an easy artist to pigeonhole because of his activism and experiments with diverse styles and media, but his dedication to originality puts him in the same class as Robert Rauschenberg and Philip Guston.

“Rauschenberg, of course, is another Texas-born artist who was always experimenting, and Guston went from being a leading abstract painter to more cartoonish figuration,” Roberts said. “Since he doesn’t stick to a narrow bandwidth, Moffett’s work isn’t easy to categorize. One of the things I admire most about him is the way he consistently takes risks.”

Roberts said What Barbara Jordan Wore shows why she stood out in Texas politics with little alteration of the original photographs.

“They look like three class photos of the Texas State Senate at the time,” Roberts said. “Moffett said he was riveted watching her on TV during the Watergate hearings. He did a lot of research at her alma mater, Texas Southern University, but he was struck by these images that hang in the Texas State Capitol. She’s pictured with the rest of the Texas Senate, which was all old, white men, so it clearly shows what a maverick she was. The artist gave us the prints in honor of Jeanne and Michael Klein.”

“The Kleins are the best type of philanthropists,” Moffett said. “They are very generous and supportive.”

The Kleins are donating most of the other work in the show in honor of the artist, including Untitled/Green Roller and Landscape #4, made with wood salvaged after 9/11 from the site of the World Trade Center. Roberts said the Blanton’s first installation through Nov. 29 features the Mr. Gay in the U.S.A. series along with five “White lot” paintings, including four borrowed from Texas collectors. A second installation, Dec. 5-Feb. 28, 2016, will feature the Barbara Jordan photographs, the “Yellow lot” painting and Untitled/Green Roller.

“I love to go to museums and see work by local artists,” Roberts said. “I’m from San Francisco and there you are sure to see works by Richard Diebenkorn and Wayne Thiebaud. If I go to Maine, then I expect to see Marsden Hartley. I think it’s the responsibility of Texas museums to have work by important Texas artists.”