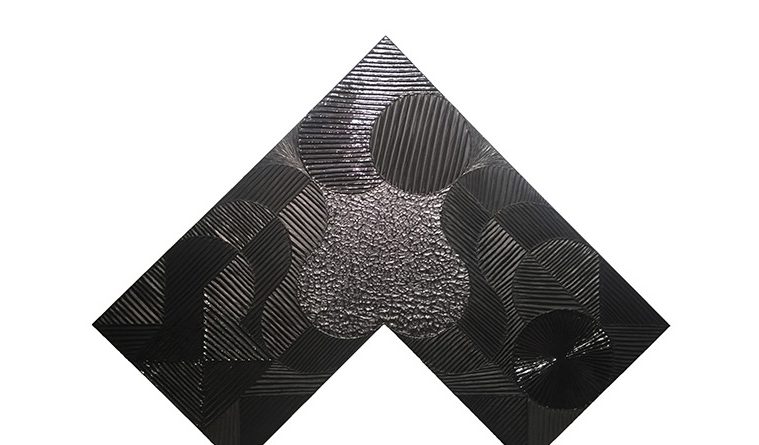 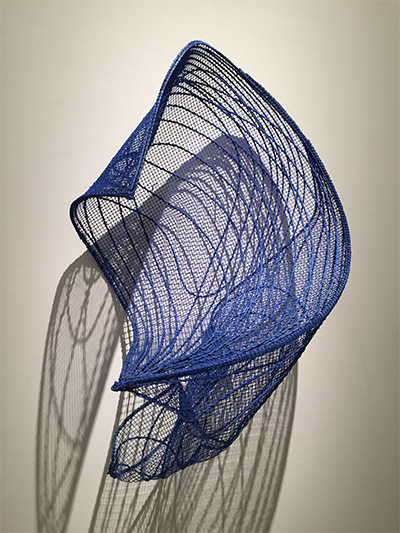 “Math originates all,” HJ Bott says, while sporting a T-Shirt with the Pi symbol.   Bott is equal parts mathematician and artist, but he made a choice very early on to go with art (in fact, he was offered a math scholarship to Rice University, but decided to turn it down because Rice offered only a couple of art classes at that time). His current exhibition, Thick and Thin and Back Again, on view April 21 through May 27 at Anya Tish Gallery in Houston, celebrates his 70th year of making and showing artwork.

Bott was born in Gill, Colorado in 1933, and he began taking life-drawing classes at age 9. “Art got me through school,” he says of his peripatetic childhood. “I went to 14 different schools before the 8th grade, and it was the same harassment everywhere: Put your head in the toilet bowl and flush it. I didn’t have any friends, so I became absorbed in making stuff.” He carved animals from bars of soap and used them as models for his drawings. He even learned how to make his own toy soldiers, using the lost-wax process, with help from his mother to melt and pour the lead.

After graduating from high school in San Antonio, Bott began a self-described “tri-coastal and European education process” that included studies in art and cultural anthropology at the University of Southern California, Columbia, New York University, the Arts Students League in New York, and then in Europe, where he studied at the Arts Academy in Dusseldorf and the University of Heidelberg, among others. 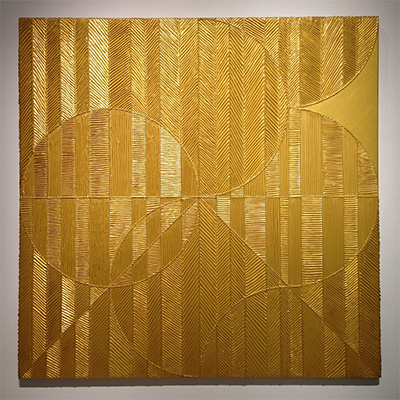 The monochromatic gel paintings featured in Thick and Thin and Back Again, which Bott is showing alongside new wire sculptures, were created in the 1970s. Of about 50 paintings in the Monochrome series, only 15 remain unsold. They are somewhat political, with each named after either a catastrophic event or an historic battlefield. For example, DeKoven Street Spread, a deep magenta painting, is named for the location of the barn where a cow purportedly kicked over a lantern and started the Great Chicago Fire in 1871. The golden-hued Marathon is named for the Battle of Marathon in 490 BC, when the Greeks fought off the invading Persian army.

The formal basis of Bott’s work changed dramatically when he discovered what he calls the DoV module on March 7, 1972. DoV stands for Displacement of Volume, and the way Bott discovered it is a legend in itself. At the time, he was working as a consultant for the University of Texas Medical Branch in Galveston. During a business meeting, he was doodling on a sketchpad, when he discovered a new way to divide a square—into four parts with two S curves. The resulting shape of the four “modules” has been the basis of his art to this day.

Various permutations of the module have appeared in his drawings, paintings, sculptures, installations, robots, and even a few belt buckles and brooches. Marathon, for example, is divided into four quadrants, and those segments are divided again by S-curves and semi-circles. Within these geometric forms are rows of hatch marks that create shallow peaks and valleys that catch and reflect the light, depending on the point of view.

The grooves in these paintings are a direct result of Bott growing up on his grandparents’ farm. They reflect not only the rows in which plants are sown, but the fact that his grandfather made extra money drawing irrigation plans for neighboring farmers. “He could just go out there and eyeball what was higher and what was lower and get the water to flow,” Bott says. “That influenced me a great deal.” 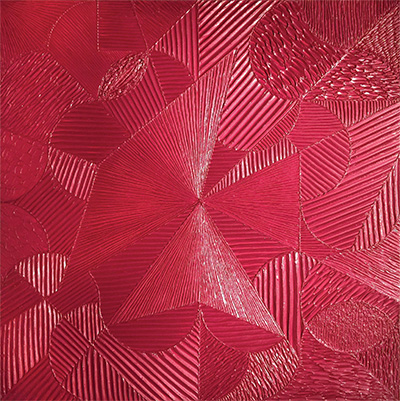 Bott recalls that while installing these monochromatic paintings in San Antonio, a plumber working nearby asked him how he got so many different colors in a single painting. “I told him they were all one color,” Bott said. “This particular body of work reflects not only what I was doing as a ‘structuralist,’ but also as a colorist, because of the way I was using the gradations of color.”

The DoV module is also the basis of Bott’s recent wire sculptures. They harken back to the Wave Series, which began in the late 1980s and continued through 2004. With their curvilinear forms, these industrial mesh and wire pieces suggest a confluence of waves. Half of the DoV module resembles the curve of a wave, so it lends itself well to these sculptural forms. When Bott was working on this series back then, he would say, “Oh, I’m just making waves again,” which also describes his general modus operandi. The artist’s strong political views are well-known, and in the early 1980s, he created a family of remote-controlled “ROBOTTs” that rolled around a room espousing the artist’s point of view on various social issues, including segregation, bureaucracy, deforestation, and the decay of the fine arts. The ROBOTT Reflections Opera in 1981 was such a success that it was standing room only for the three performances.

Bott’s impressive oeuvre includes more than 80 solo exhibitions and some 700 group shows. In a statement dated March 7, 1992, Bott wrote, “I am absolutely certain of what I am doing, yet concurrently, I doubt everything. Therefore, what you see is not always what you get.” With or without explanation, Bott’s work continues to fascinate. His interest in the world around him and the way his views are reflected in his work make it both timeless and relevant.