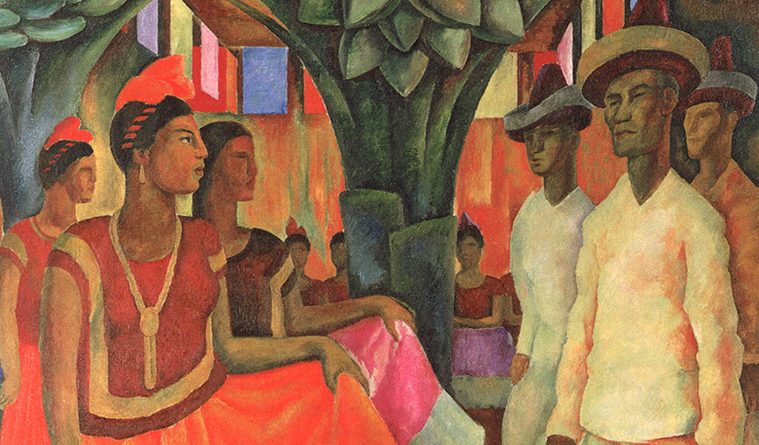 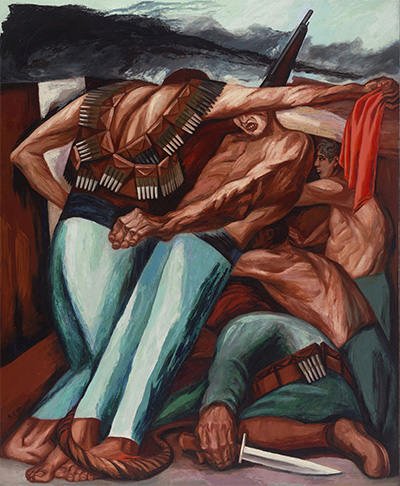 Mexican modern art is having a moment in Texas museums.   As the Dallas Museum of Art continues to draw crowds with México 1900–1950: Diego Rivera, Frida Kahlo, José Clemente Orozco, and the Avant-Garde, on view through July 16, the Museum of Fine Arts, Houston, is preparing to get in on the act. On view June 25 through Oct. 1, Paint the Revolution: Mexican Modernism, 1910–1950 offers its own sweeping history of Mexico’s emergence as a modern art center.

The two surveys developed independently but were precipitated by a boom in scholarship on Mexican modernism in recent decades, says Matthew Affron, curator of modern art at the Philadelphia Museum of Art, which co-organized Paint the Revolution with the Museo del Palacio de Bellas Artes, Mexico City. (Affron curated the exhibition with the Philadelphia museum’s Mark A. Castro and with Dafne Cruz Porchini, a postdoctoral researcher at Colegio de México, Mexico City; and Renato González Mello, director of the Institute for Aesthetic Investigation at the National Autonomous University of Mexico.)

Affron says the Philadelphia museum ranks alongside New York’s Museum of Modern Art and the Art Institute of Chicago as one of the first U.S. museums to engage the topic. That engagement dates to 1943, when Henry Clifford, the Philadelphia museum’s curator of paintings, organized the large-scale survey Mexican Art Today in collaboration with Inés Amor, who ran Galería de Arte Mexicano, then the only gallery in Mexico City specializing in contemporary art. The Philadelphia museum went on to acquire many of the works in the show, and some are on view in Paint the Revolution, which is billed as the most comprehensive U.S. exhibition of the material since Mexican Art Today.

But while Clifford would recognize many of the roughly 175 portable murals, easel paintings, photographs, prints, books, and broadsheets in Paint the Revolution, he could hardly have envisaged at least one highlight: digital simulations of monumental, site-specific murals by los tres grandes—Diego Rivera, José Clemente Orozco, and David Alfaro Siqueiros. Clifford and Amor’s exhibition had emphasized portable works—easel paintings and prints—making clear that there was more to Mexican modernism than the murals created at the urging of Education Minister José Vasconcelos to depict the Mexican Revolution and the country’s indigenous roots. For Paint the Revolution, curators wanted “to try and have it both ways,” Affron says.

“We used various digital means, including digital projection and other things, to try to give a life-scale feeling of what three key murals—one each by Orozco, Rivera, and Siqueros—are like,” Affron says. “I think Clifford would have thought it was a new world if he saw that. What we were able to do with digital-image capture and digital projection for two of the murals is unprecedented. I think that even many people who have been involved with the topic for a long time really were quite surprised by what we were able to accomplish with those digital simulations.” 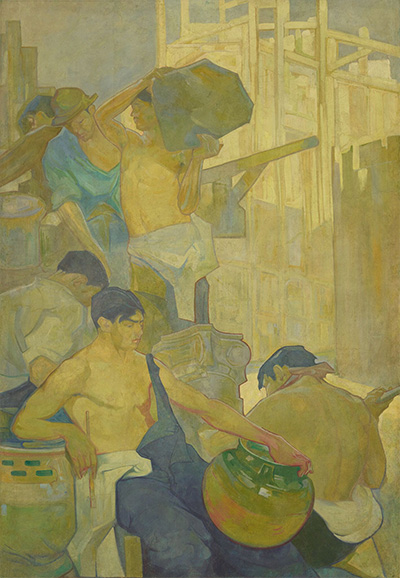 The curators weren’t sure how the simulations would look because they’d never tried anything on that scale, but Affron says they kept their mandate simple: to give audiences a more palpable sense of “something which is crucial to the meaning of the murals” than documentary photographs or films could convey. “Murals are not just a set of images that could be any size and any medium,” he says. “Murals are a set of images that you experience in time and in space in a completely different way from a framed easel picture.”

Affron points to Diego Rivera’s mural for a grand historic building that was renovated for the Ministry of Education during the early years of the revolution.  “Rivera painted acres of paintings in two courtyards on three levels of this building,” Affron says. “You walk around these courtyards and you have the feeling of being in this arcaded space and you’re moving in a line from one to the next over a span of time. It’s really crucial to what you get out of the murals. No snapshot of a mural, no photograph, will give you that sense.”

In the exhibition’s simulation, “it’s like you’re on a bus and you’re looking out the window,” Affron says. “So you’re stationary, but this life-size mural moves from right to left and slides over the wall at a walking pace. That’s what gives you something of the feeling of that essential element of the trip you’ve taken through time and space as you look at these things.”

Paint the Revolution includes significant works by los tres grandes, Frida Kahlo, and Rufino Tamayo spread over five sections— “Modernism and Mexicanidad,” tracing artists’ efforts to develop a distinctly Mexican identity during the 1910s; “Paint the Revolution,” featuring the murals and related pro-revolutionary art; “In the City,” examining artists who depicted modern industry and city life and kept abreast with international trends; “Paint the USA,” exploring the emergence of a strong U.S. market for Mexican art in the 1920s and 1930s, and “In Times of War,” highlighting the mid-1930s renewal of populist and political art and the impact of a wave of exiled European artists during the Spanish Civil War and World War II.

But visitors will get to know many less familiar figures too, including Dr. Atl, María Izquierdo, Roberto Montenegro, Carlos Mérida, and Manuel Álvarez Bravo. Affron says as the curators’ working premise was that “you really cannot understand Rivera, Orozco, Siqueros, Kahlo, and Tamayo if you don’t see that they are part of a very interesting, complex, and aesthetically diverse avant-garde community in Mexico City. I think you get what’s going on in Kahlo, Orozco, and Rivera’s work better when you see them back in the context of the artist groups that all of them moved through, and in the context of the many different artist movements that flourished in Mexico City at the time.”