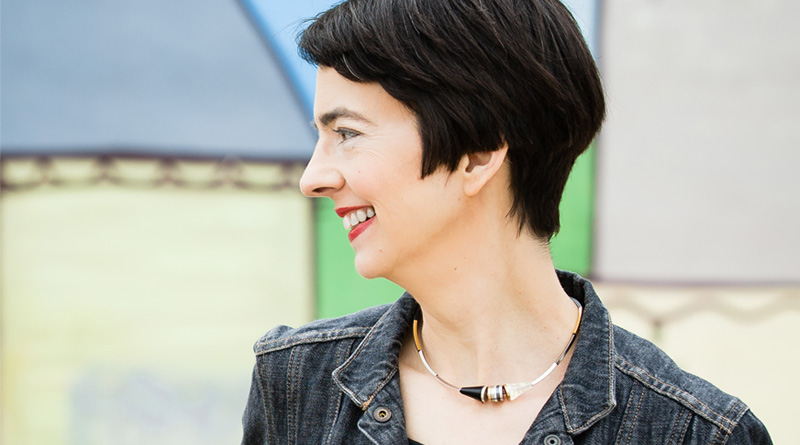 It would be beating a long-dead horse to proffer any remark on the dearth of new music being performed in classical circles, a fact of which Elizabeth McNutt is well aware.

McNutt may not be a familiar name to Dallas arts audiences but she should be. A lecturer at the University of North Texas and Director of their student new music ensemble NOVA, McNutt is an accomplished flutist and one of Texas’ most outspoken new music champions.

For the last ten years she’s also been at the helm of some of the best new music in North Texas with Sounds Modern, an organization that will celebrate its 10th anniversary performing works by Morton Feldman and Earle Brown at The Modern Museum of Art in Fort Worth this December.

McNutt moved to the North Texas area for her job at UNT from Boulder, Colorado about twelve years ago, bringing with her a wealth of performance and teaching experience as well as her unique experience co-organizing ACME, or Atomic Clock Music Events, a chamber music series hosted by the Boulder Museum of Contemporary Arts.

The last half century saw the boundaries erected between different art forms be systematically broken down: Artists have always created art inspired by music and vice versa, but the awareness of the influence-based collaboration between artists has only rarely trickled down to the general public. Passionate about the visual arts as well as her own medium, McNutt has always been interested in finding and exposing connections between the two. Sounds Modern is her ongoing (and most public) attempt to do just that—one method among others, including a personal blog, she uses “to explore what’s at the core of art.”

Despite her lifelong commitment to expanding the opportunities people have to encounter new music, Sounds Modern began on a whim.

“I went about it totally the wrong way,” McNutt says of her query, mere days after landing in Texas, to the Modern Art Museum of Fort Worth about staging a performance.

Inspired by the exhibition Declaring Space, which featured work by Mark Rothko, Barnett Newman, Lucio Fontana, and Yves Klein, McNutt programmed a roster of new music which included Morton Feldman’s “Why Patterns?” amongst other pieces she related to the work on view in the group show.

It took McNutt some time to commit to making a series but it wasn’t long before Sounds Modern was an entity performing several times a year at The Modern as well as on occasion, other locations throughout the Metroplex including coffee shops and the Dallas Museum of Art. McNutt works with a core group of rotating musicians willing to experiment and, occasionally, travel. In 2015 Sounds Modern hit a milestone when they traveled to Marfa for the third time, on this occasion to perform original music written by Andrew May, Sounds Modern’s Assistant Director and an accomplished composer and violinist. May’s work, entitled Unset, was a site-specific piece performed amidst Donald Judd’s 15 untitled concrete pieces located at the Chinati Foundation.

At The Modern the series is driven entirely by the museum’s special exhibits, with McNutt undertaking the enviable challenge of pairing music with the works on view in the galleries.

“It’s a really wonderful challenge for me, thinking about what music could be related to the art,” she says. “In seeking a deep connection between the visual and musical art, I start by studying the art and the artist. In the case of single artist exhibitions, I read up on their work, listen to interviews, and view the works.”

The connections between the music and art she chooses to focus on vary. For The Modern’s recent show of Kehinde Wiley’s work, McNutt considered various themes inspired by Wiley’s brash and confident portraits of contemporary black men and women costumed in Renaissance garb or juxtaposed in front of kitsch-infused backdrops, including “hip hop influences in classical music and heroism in modern music.”

Eventually she chose the theme “Modern Subjects, Classic Forms,” a performance of contemporary works constructed from a classic form (sonata, for example), especially those works which also crossed cultural boundaries.

On other occasions, McNutt focuses on the theme of place; for example, for the exhibitions Mexico Inside Out: Themes in Art since 1990 or Urban Theater: New York Art in the 1980s, which saw McNutt program the work of composers from Mexico and New York City respectively.

When the modern-hosted New York-based artist Glenn Ligon’s politically charged work for the exhibition America, instead of focusing solely on Ligon’s activism through art, McNutt programmed highly repetitive pieces such as Frederic Rzewski’s “Coming Together,” a simple piece in which text from a letter written by Sam Melville, an inmate at Attica Prison in the 1970’s, is set over fast, rhythmic playing, a motif that musically resembles Ligon’s repetitive text pieces.

For McNutt, Sounds Modern is a way to perform music she might not otherwise be able to perform, but it’s also outreach, “the more ways you can reach people the better.”

Sounds Modern shows are all absolutely free (although admission to the museum to see the works which inspired the musical selections is not) and while they’re not advertised as “come and go,” per se, McNutt says she’s perfectly fine with people passing through, a nice sentiment in a world rarely welcoming to newcomers.

On Sept. 23 at 2:00PM Sounds Modern will perform a series of pieces inspired by the work of Texas-based artist Misty Keasler, whose FOCUS show will be on view at The Modern Sept. 23 through Nov. 26. The performance will feature music inspired by Keasler’s photographs of haunted houses and will include work by Jeffrey Stadelman, Pang Vongtaradon, Andrew May, and Pauline Oliveros.