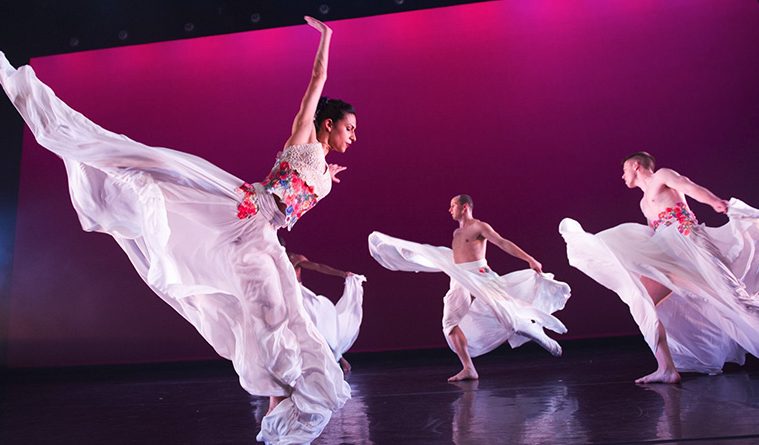 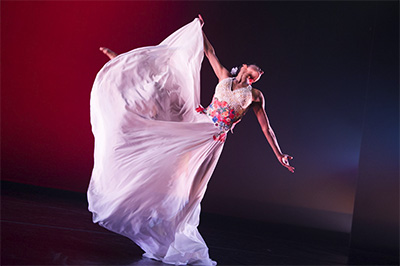 “You are going to love this program,” Eduardo Vilaro told me as we shared a glass of wine last summer while his troupe, Ballet Hispanico was gracing the Jacob’s Pillow stage. The program that Vilaro was referring to features works by three powerhouse female dancemakers, Michelle Manzanales, Annabelle Lopez Ochoa and Tania Pérez-Salas, and it concludes the dance season for Society for the Performing Arts on May 18 at University of Houston’s Cullen Performance Hall. It’s a homecoming of sorts for all three choreographers and for the company as well.

In fact, Vilaro had come to the Pillow directly from Houston, where the company was in residence. SPA Executive Director June Christensen treasures the relationship she has built with the company over the years, both on stage and in the classroom. “Each year, we look forward to having Ballet Hispanico come to Houston for a residency program that allows Houston area students to take a week-long dance intensive from seasoned professionals.” says Christensen. “The residency has grown and flourished the past couple of years and has become a staple in our education and community engagement efforts.”

Coming to Houston again is so important to Vilaro, as a big part of running a company is relationship-building with various communities. “It’s so thrilling to be returning to SPA,” says Vilaro. “Ballet Hispanico has had a long history with SPA, dating back to the time when I was performing as a dancer with the company in the late 1980s. We are also excited to bring back our summer intensive to the Houston community through SPA and look forward to building inspirational connections with all those young talented artists.” 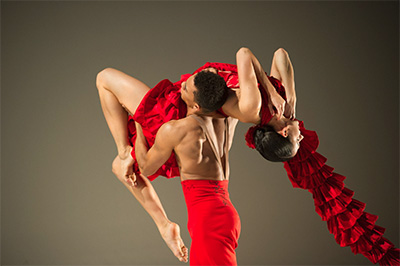 TITAS presented Ballet Hispanico earlier this season, so Dallas was first to see what all the fuss was about. “Eduardo Vilaro’s leadership has transformed this company and Ballet Hispanico’s all-female choreographer program is spectacular, diverse, creative and just plain fun to watch,” says TITAS executive director Charles Santos,  “It’s just a peek at the amazing new direction of this stunning company.”

Vilaro is proud of the trifecta of talent he has put together. “Our all-Latina program is not to be missed as it is the perfect vehicle that shows the power and talent of Latina artists today,” he says. “Besides the moving work of Michelle, there is the passionate and technically brilliant work of Annabelle Lopez Ochoa and the alluring work of Tania Pérez-Salas, who is the foremost female choreographer from Mexico.”

For Christensen, the company’s engagement is bittersweet as she ends her time at the SPA helm in December. “We are eagerly anticipating the arrival of the company. HSPVA and University of Houston alumna Michelle Manzanales will return to her college stomping grounds to present her piece, Con Brazos Abiertos,” she says. And there are more Houston connections. Chistensen adds, “We are also delighted that another HSPVA graduate, Shelby Colona, will be returning to her Houston roots to perform with the company.”

Manzanales, now an accomplished choreographer and director of Ballet Hispanico’s school, is excited to be back on her home turf and theater at UH where she performed as a college student and emerging choreographer, especially with the milestone of first work for the company, Con Brazos Abiertos, which explores “humility, nostalgia, and humor of the iconic Mexican symbols that she was reluctant to embrace as a Mexican-American child growing up in Texas.” 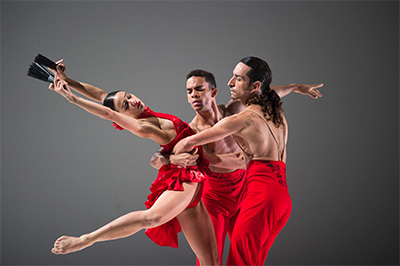 “Con Brazos Abiertos is a series of snap shots from my experiences growing up in Houston as a third culture kid, suspended between worlds and not quite fitting into any just right,” says Manzanales, who remembers her UH dance days with pride. “It’s also the mantra that I aspire to stand in, living life with open arms, without judgment for myself or anyone else for that matter.”

Ochoa is well known to Houstonians thanks to Nancy Henderek’s Dance Salad, where the Colombian choreographer, now based in Belgium, has shown her work several times. In addition, Christensen also brought her dramatic A Street Car Named Desire to Houston with the Scottish Ballet. Ochoa’s Línea Recta, set to music by flamenco guitarist Eric Vaarzon Morel, re-imagines Flamenco with a fittingly fiery partnering between the dancers and is a great example of Ochoa’s earthy style.

Pérez-Salas made a big splash when she came to Houston with her company performing her signature water piece a few years back. “It was truly amazing,” Christensen recalls. “I loved it; think swimming pool on the Cullen Stage.” For Pérez-Salas’s Catorce Dieciséis, she draws her inspiration from the number Pi to reflect on the “circularity of our movement through life.” Vilaro has been a fan for a while now. “She uses quick, sharp movement; she enjoys line, so it’s not the music, but the bodies that are developing the environment. That’s fascinating to me,” says Vilaro in a behind the scenes video.

It’s fitting that the title of Manzanales’s ballet Con Brazos Abiertos translates to “With Open Arms” as SPA and the city welcome all three of these choreographers, along with the marvelous dancers of Ballet Hispanico, back to Houston with open arms.