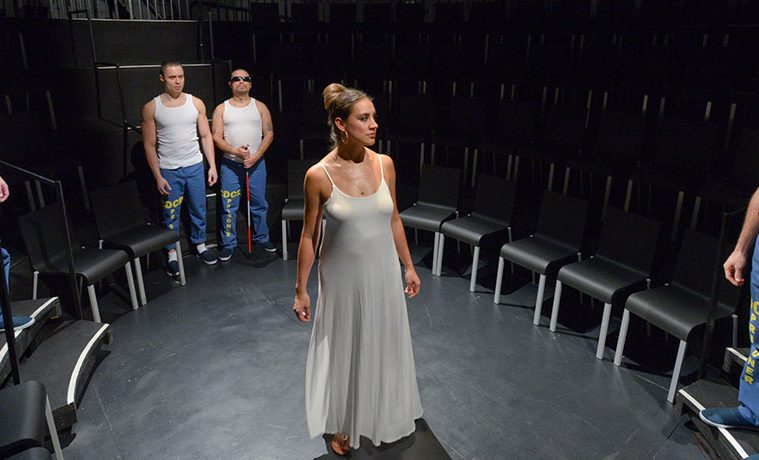 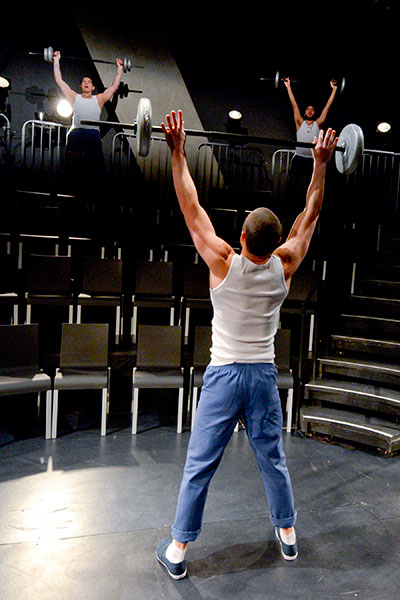 The Pico-Union barrio in Los Angeles may seem a far cry from Sophocles’ Ancient Greece, but in Luis Alfaro’s Oedipus el Rey, the classic tragedy plays out on the streets. On stage at the Dallas Theater Center through March 2, this new play offers a modern interpretation of a classic story of fate and destiny.

Although the story is centuries old, the subject of Oedipus continues to resurface in contemporary culture. In the Oedipus myth, the eponymous King of Thebes kills his father to take the throne, marries his mother and brings disaster to his city and family, all of which fulfills prophecies from an oracle in Delphi. When he realizes what he has done, he stabs out his eyes, an act that has been portrayed countless times on stage. Throughout the years, much debate has ensued about his character. Do we blame his action on fatal flaws, the boundaries of free will, or as Sigmund Freud famously asserted, a universal issue of repression?

“Like Sophocles, [Alfaro] doesn’t provide the audience with a simple answer to the problems the characters face,” says Kevin Moriarty, who directs Oedipus el Rey and serves as the artistic director of DTC. “Religion, economics, human desire, psychology, character, and family ties are all deeply entwined in the story.” 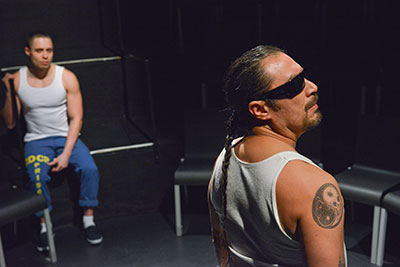 In Alfaro’s re-imagining, Oedipus is now a Chicano ex-con determined to rule the gangs of South Central L.A. The play begins and ends in North Kern State Prison in Delano, California. In this setting, contemporary prison culture substitutes for the Greek gods and chorus. Modern Oedipus is no longer shackled by the words of oracles, but by a criminal record and statistics that predict his return to a cell.

“The characters are faced with parallel challenges to those in Sophocles’ play about sexual desire, free will, the ties of family and cycles of violence,” Moriarty says. “The setting also allows Alfaro, who is a poet as well as a playwright, to draw on both English and Spanish for the language of the play, and allows for him to move instantly from realistic, contemporary violence to poetic expressions about the deepest human emotions and thoughts.” 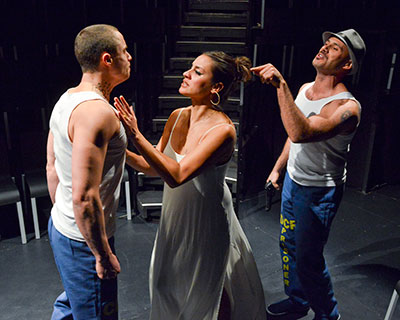 Most of Alfaro’s poetry and plays explore the barrio districts of Los Angeles and his Chicano heritage. He’s earned extensive recognition for his work as a playwright, with numerous awards from the National Endowment for the Arts, the Kennedy Center and in 1997, Alfaro was awarded a MacArthur Foundation Genius Grant, for his demonstrated expertise and creativity as a writer. Although his plays have been performed throughout the country, he makes his DTC debut with Oedipus el Rey, which the Chicago Tribune called, “a tight, fierce, gripping new adaptation.”

Mounted in DTC’s smaller studio space, housed on the 9th floor of the Wyly Theatre, this 90-minute play places the actors and audience in close confines. The seven-person cast includes local Dallas actors Ruben Carrazana and David Lugo, as well as DTC’s Brierley Resident Acting Company member Daniel Duque-Estrada. With a minimalist set design by Matthew McKinney, it’s a stripped-down production, focused more wholly on the subtleties of the actors: According to Moriarty, this decision allows the “energy, emotion and action of the play to explode all around.” When infused with the poetry and rhythms of inner city Los Angeles, this sexy reboot of Greek mythology is sure to give audiences a lot to think about for days to follow.

“It’s not going to be like any play we’ve produced since I’ve been in Dallas,” says Moriarty, who joined DTC in 2007. “There will be nudity, violence, adult language. Characters will smoke cigarettes next to you. They’ll sweat on you. And you will be deeply moved.”