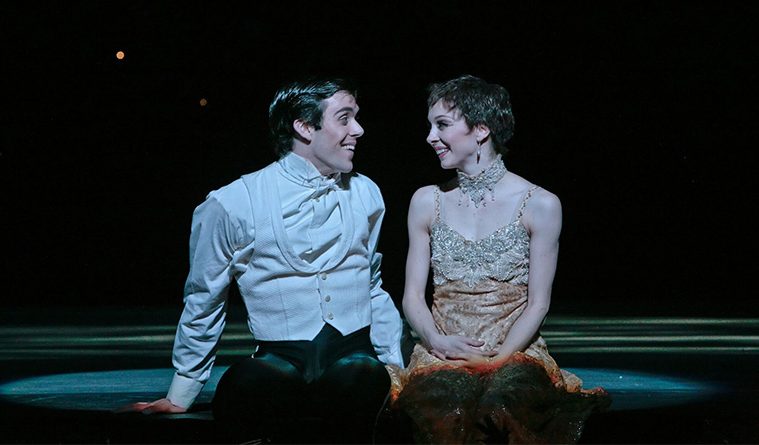 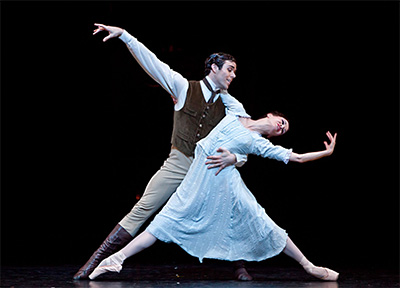 Stanton Welch prefers strong heroines. So it’s no wonder that his Cinderella knows her own mind. Houston Ballet fans will find that out for themselves when the company performs Welch’s beloved story ballet Cinderella, March 2-12, 2017. It was last performed in 2012, so this is a chance for a whole new audience to discover this  poignant and elaborate production.

“The treatment of women is very much part of the current conversation,” states Welch, considering the timeliness of his ballet. “We are really coming into an understanding of the oppression women face today. I feel even more strongly about that now.”

Full of substance and spunk, Welch’s Cinderella is a role model for young women everywhere. “She makes her own choices; she’s independent and strong-willed,” explains Welch. “I didn’t want her to be a victim, waiting for a man to save her. She doesn’t need to be rescued.”

The threads of the actual story for Cinderella can be traced back to 1st Century B.C. Greco Egyptian girl Rhodopis, with several variations along the way. Welch’s version draws from the Brothers Grimm’s dark fairy tale Aschenputtel (ash girl), Gioacchino Rossini’s famous 1817 opera and the traditional English pantomime version of Cinderella.

Rodgers and Hammerstein’s 1957 version, broadcast live on CBS, with Julie Andrews in the title role, delighted audiences. But it was the 1965 television special, with Leslie Ann Warren and Stuart Damon, that baby boomers most recognize, while today’s fans are better acquainted with the 2013 Broadway adaptation or the recent 2015 Kenneth Branagh film. Basically, artists have been tampering with this fairy tale since the get go, so Welch continues in this tradition of with his stunning ballet.

Cinderella, the ballet, premiered in 1945 at the Bolshoi Theater, with scenic designs by Nikolai Volkov and choreography by Rostislav Zakharov.   Some 40 ballets have since entered the Cinderella canon, with Sir Frederick Ashton and Ben Stevenson’s ballets being among the finest. An ambitious choreographer from the start, Welch proved there was room for one more, at the tender age of 26.

Welch’s ballet harks from a more personal place: his own experience in the wings. Watching his brother Damian dance the role of the prince’s servant Dandini gave Welch the idea of an intriguing twist in the Cinderella story. “I recall observing the prince and thinking, ‘well, he’s not very nice.’” It wasn’t long before Welch was wondering what would happen if Cinderella fell in love with Dandini instead of the narcissistic prince. Sure enough, when the opportunity to create the ballet for his then home company, The Australian Ballet in 1997, he added that very story element. And the prince in Welch’s version is very much a rich, spoiled, self-obsessed, pompous and arrogant party boy, while the caring, introvert Dandini ends up with the girl, relaying a strong message for today’s celebrity-inundated culture. “It created a more interesting dynamic,” says Welch. 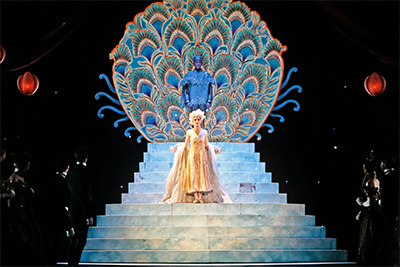 Serge Prokofiev’s brooding score proved a second spark for Welch’s Cinderella. “There’s nothing Disney about it,” insists Welch. “It’s dark and complex. It has this oppressive feel, slightly creepy and scary. There are so many levels of subtext.” Welch could not see this music fitting with pop culture version of the Cinderella tale. He needed to interject some darkness. Welch added a Gothic graveyard scene when he brings in the spirit Cinderella’s mother. “I could hear that in the music,” he adds.  “I asked for a ‘Midnight in the Garden of Evil’ feel to it with moss and ivy.   Little did I know that I would soon be living in a world of hanging moss in Houston in a few years time.”

The role of Cinderella is not without its challenges for any ballerina, as the arc of the ballet encompasses the growth of a young woman coming into her own.   She’s a bit of a tomboy in the opening sequences, not remotely a tender waif taking orders from her mean step sisters. She fights back, asserting her right to be heard. “In the beginning, she’s a bit ‘Annie Get your Gun,’ type, while she transforms into an elegant woman at the end. So even the way she walks changes,” says Welch. “The dancer has to be capable of both qualities.”

The stepsisters have hurdles of their own. It may not be new to have the stepsisters danced by men, or even to have these men on pointe, but Welch does ramp up the humor in his choices. It’s here where we see the influence of British Pantomime. “It’s really more of a retro thing, and it’s a pantomime tradition to have characters in drag.” Welch finds that ordinarily elegant male dancers in pointe shoes are simply such an awkward looking sight that it’s funny. “Maybe it’s something about male calves,” he jokes. And then there’s the training part, which begins months before the show. “There’s also a level of pain and blisters,” adds Welch.

The costumes and scenery were designed by the late New Zealand designer Kristian Fredrickson, who created the ballet’s opulent Victorian world. To call Fredrickson’s designs lavish would be an understatement. “I hit the jackpot,” quips Welch. “The opening scene is simply spectacular.” Fredrickson’s 207 fanciful costumes dazzle the stage coming to full splendor when Cinderella runs into a parade of whimsical characters. It’s equal parts dreamy and fantastical.

It’s rare that audiences can experience such an entertaining evening with a powerful message to young women: We can choose our own destiny and still be the belle of the ball. Welch speaks passionately about the end of his treasured ballet. Cinderella chooses love over money, as Dandini tears down a stage cloth to reveal a starry sky, hinting toward a future of love and happiness. “We make our own happy endings,” Welch concludes, “and that is truly happily ever after.”