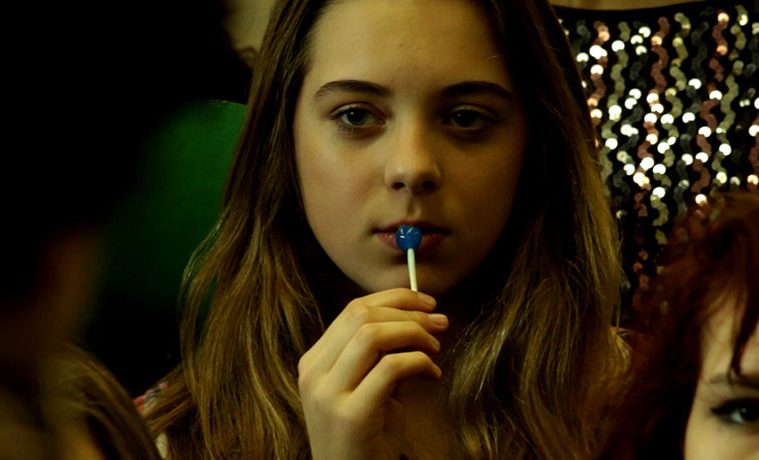 Jennifer Reeder, A Million Miles Away, (still). Courtesy of the artist. 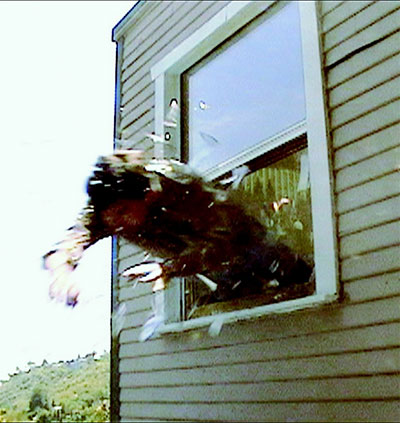 Underappreciated and often misunderstood, at both the local and the international level, “new media” art is best described as art constructed by or amassed from digital or electronic means. In her recent essay, The Digital Divide, Claire Bishop goes into detail on why she thinks the art world has stalled in development over the past decade as artists and audiences alike are reluctant to adopt technological advances in art production.

This year, as a complement to the annual VideoFest, the Medianale will feature film works that are better understood outside of the traditional film screening. Through a combination of screenings and a two-part gallery exhibition, Call and Response,curated by Danielle Avram Morgan and Charles Dee Mitchell, Medianale will highlight cutting-edge, avant-garde pieces in more appropriate settings. 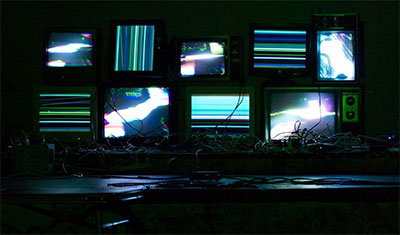 The masterminds behind the Medianale are an amalgam of locals, including Bart Weiss, Director of Dallas VideoFest; arts journalist and curator Charles Dee Mitchell; artist/educator Michael Morris, curator Danielle Avram-Morgan, and artist Carolyn Sortor. Their extensive experience should result in a well-rounded program with a broad perspective on new media as it relates to the collision of the constantly evolving landscapes of art and technology.

Morris has grand visions for the event. Throughout the two-month exhibition there will be several short film screenings and the galleries will have a mid-exhibition rotation. He plans to feature contemporary, local artists as well as showcase historical and international works throughout the eight week run.

In describing the current issues with the art world’s acceptance of new media, Morris states that while universities and other institutions have begun to train and explore digital and video arts, the general public has not had the opportunity to experience the works in the truest sense, limiting the potential commercial success of the field. According to Morris, combining both screenings and gallery displays in one venue should allow for patrons to better understand and appreciate the works in the environments intended.

Among the screenings, one of the more interesting will be a presentation of some early experimentations with digital art and creation, featuring pioneering artists of the 1960s and ‘70s. John and James Whitney, for example, worked with technology companies and research institutions (think MIT) to explore the role of technology in advancing creative expression. 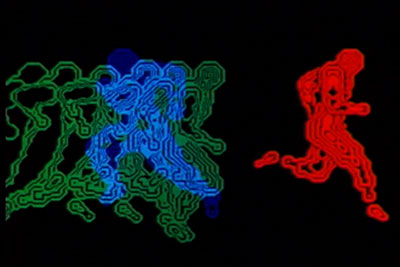 Sortor comments that while the Sony handheld camcorder debuted in the United States in 1965, a lack of access to the historical works of the past 50 years has limited the ability of artists to push the medium forward. By covering a variety of works throughout the past half-century, the Medianale’s screenings will provide a rare survey of new media’s burgeoning history.

Moving to the contemporary, one presenter of note, Cracked Ray Tube, will feature live performances of their “hardware hacking” works, which consist of the hacking of cathode-tube televisions and computer monitors into a cacophonous experience of sound and light. The duo will also expand the impact of the Medianale in the community by presenting a series of workshops at Oil & Cotton.

As for the Call and Response installations, Mitchell and Avram Morgan are at the helm. “When you attend international biennials, you get the impression that video comes close to dominating the art scene,” Mitchell points out. “Any tour of New York galleries will also involve a good amount of video… but once something has a showing, it is unlikely to make a reappearance anytime soon,” something he and Avram Morgan seek to change. 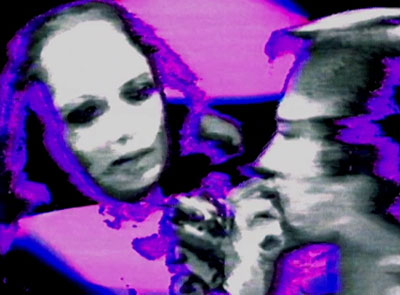 With a two-part exhibition—one portion of the gallery will be reinvented in the middle of the eight-week Medianale—the pair plan to provide Dallas audiences as diverse and rich a selection of new media work as possible. The gallery will include works by well-known artists such as Bruce Nauman, Francis Alÿs, and Gary Hill, alongside artists who will be less familiar to Dallas audiences.

The closing night offering will consist of a special finale curated by Sortor, who refused to disclose details except to tease her intention of engaging a “star list of contemporary artists.”

As human experience increasingly takes place online and electronically, Sortor believes that more of our art experiences will take place in the digital world as well, and the mission of the Medianale is to acknowledge and draw attention to that idea. All hyperbole aside, no other venue is taking the curatorial leap to feature the breadth of new media works that this team seeks to present, and the outcome and reception of this year’s inaugural show should give an indication of the future of new media art in Dallas.