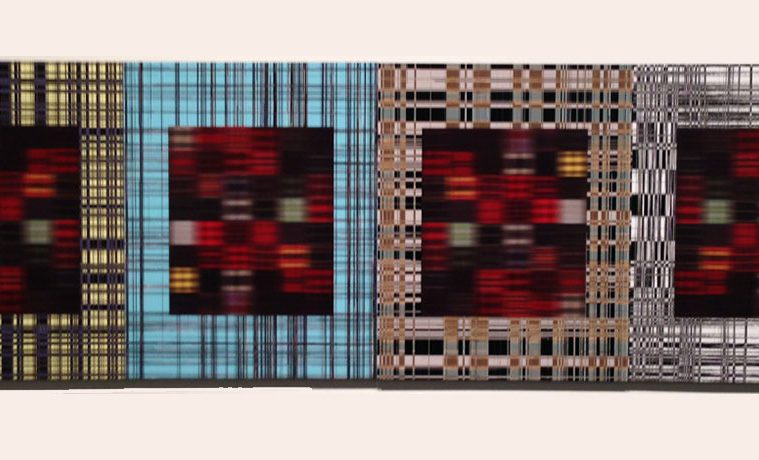 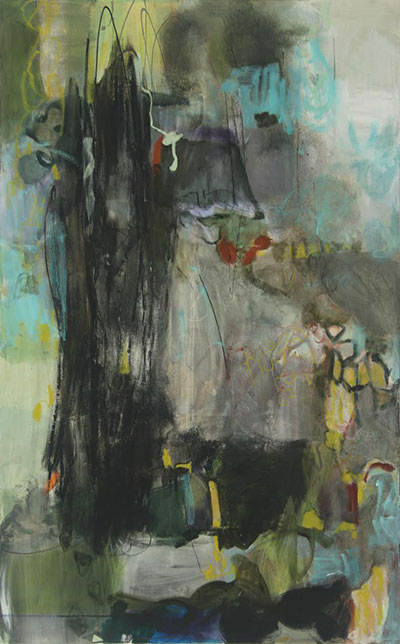 Texas Abstract is a celebration of abstract art in Texas. At Barry Whistler Gallery in Dallas the show fills the entire space with work by six gallery artists. This assembly of some of the best work in the style easily rates as one of the finest group shows at the gallery in some time. It also corresponds with, and gestures toward, the recent publication of Texas Abstract: Modern|Contemporary, an important new book on abstract art in Texas that investigates the origins of the style from the early 20th century to the present.

Co-written by Michael Paglia and Jim Edwards, who contributed a historical essay and artist profiles respectively, the book structures the history into four sections and provides a focus on no less than 33 artists with several color reproductions for each. The show at Barry Whistler Gallery opened on the same night that the Galveston Art Center unveiled their own large selection of work by artists in the book.

At Barry Whistler Gallery work by six of the artists in the book are thoughtfully arranged with clarity and ample room to breath.  With a steady track record and long relationships with most of the artists in the group, the gallery exhibits the curatorial experience necessary to faithfully do justice to an artistic style that, though sometimes simply grouped into the abstract idiom, is actually quite varied and challenging.

For example, one gallery space shares the work of both Leslie Wilkes and Tom Orr, each of whom requires a different approach by the viewer. Leslie Wilkes primarily works in oil on canvas and has three large abstract paintings in the show, the best of which is Untitled 14.P2 (2014), a piece strongly representative of the aesthetic path she has traveled in recent years. Her colorful abstractions derive from kaleidoscope imagery that she translates into large-scale paintings, requiring the viewer take the time to register how the patterns repeat, mirror, and radiate from a central point.

By contrast, Tom Orr uses an array of materials for sculpture and installations that activate kinetics and optics. Viewer participation through vision and movement are essential for appreciating his sculpture Dutch (2014), a three dimensional object which uses a corner space of the gallery wall to invite the viewer to observe a surface image that forms the base of a triangle. Beneath the surface plastic, attached to the wall, is an image of multicolored stripes that vibrate and shimmer as the viewer’s eyesight glides over the surface while walking through the gallery.

Both Orr and Wilkes work in solid geometries and pattern that animate alternate versions of abstraction to meditate on embodied perception and psychedelia. On a different plane, Linnea Glatt’s piece At the Start (2014) uses thread as an exploration of line drawing and Minimalism to form circles and lines of varying length. The result is quiet and austere, evoking emotions that register aesthetically different referents than the play of visual optics.

In the main room John Pomara’s painting Repetitional_Disorder (2015) continues his long-term investigation of media and technology. In this large painting with yellow hues and dark lines Pomara suggests the unreliable nature of the transmission of information and the fallibility of mediated constructs. In the painting the symbolic lines of information become discontinuous and jagged, evoking Paul Virilio’s critique of information society.

Facing Pomara, on the opposite wall, is Lorraine Tady’s Octagon Vibration Series Cloud #3 (2015).  This painting replaces vertical thrust with line, shape, and pigment that take the viewer’s eye on a ride in multiple directions, releasing the grip of structure, as does Terrell James’ Paladin (2011). This large-scale oil on canvas is darker in hue, and easily the piece that most closely resembles mid-century abstraction, with heavy pigment and gesture.

This is a clever and important show that anticipates more scholarship and exhibitions of abstract painting in Texas hot on its heels.