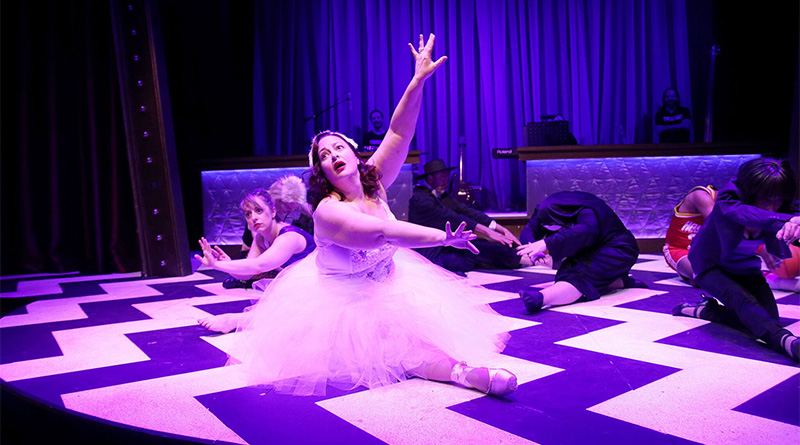 Tamarie Cooper and cast of Tamarie’s Merry Evening of Mistakes and Regrets.
Photo by Pin Lim. 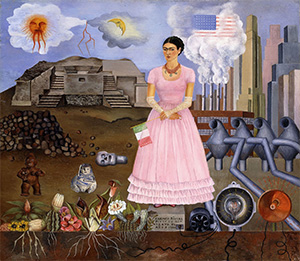 #10: Paint the Revolution at MFAH

HOUSTON—Mexican modern art is having a moment in Texas museums and the Museum of Fine Arts, Houston, is preparing to get in on the act. On view through Oct. 1, Paint the Revolution: Mexican Modernism, 1910–1950 offers its own sweeping history of Mexico’s emergence as a modern art center. 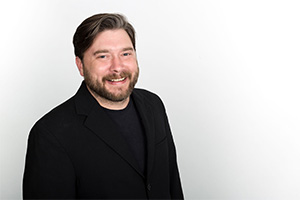 more about the Texas New Music Ensemble on A+C TX 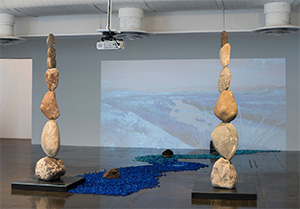 SAN ANTONIO—It could be argued that art is limitless, but is it borderless?   Artpace embraces this question with two solo exhibitions of work by Sabine Senft and Doerte Weber, German artists who are addressing global issues of migration and geopolitical borders. Senft’s Borderline Reality is an exhibition of new, colorful 2-and 3-D works, and Weber’s Checkpoint is an installation of large-scale weavings. Both shows are on view through Aug. 27. 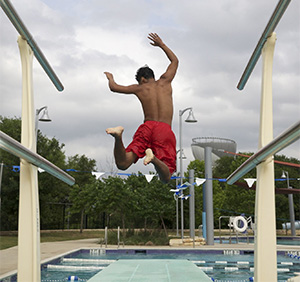 AUSTIN—Forklift Danceworks’ newest project is ready to make a big splash when it launches My Park, My Pool, My City. The first event, Bartholomew Swims, is a dance performance for a public pool and its people, with choreography by Artistic Director Allison Orr and Associate Choreographer Krissie Marty on July 21-22 and 28-29 at Windsor Park neighborhood’s Bartholomew Municipal Pool.

more about Forklift Danceworks & this project on A+C TX 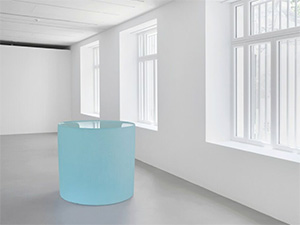 #6: RONI HORN at the Nasher

DALLAS—The Nasher Sculpture Center has been altered to accommodate American artist Roni Horn’s request for additional light to illuminate her seven massive glass art sculptures for her solo exhibition on view in the museum’s main gallery through Aug. 20.  The installation evokes meditation on intimacy, contemplation, and human interaction. 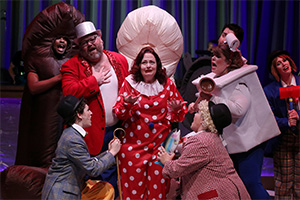 HOUSTON—It’s not summer in Houston without a new extravaganza coming out of The Catastrophic Theatre by the legendary Tamarie Cooper. This summer, it’s Tamarie’s Merry Evening of Mistakes and Regrets, which is also directed and choreographed by Cooper. The show features a live band, cabaret seating, Walt Zipprian in a leotard, and Ms. Cooper in her own fabulous version of The Dying Swan, through Aug. 12 at the MATCH.

Tamarie Cooper and cast of Tamarie’s Merry Evening of Mistakes and Regrets.
Photo by Pin Lim. 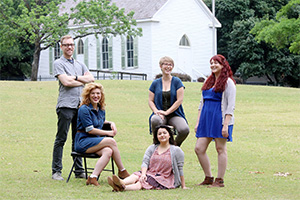 HOUSTON—The immersive experience loving Horse Head Theatre heads to Church this summer when they present Young Jean Lee’s Church, Aug. 4-19 at St. John Church in Sam Houston Park, in a special partnership with Houston’s Heritage Society. Church is part of their new season, which also includes a partnership with MECA for a reading series. 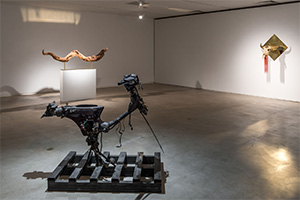 #3: The Propeller Group at Blaffer

HOUSTON—There’s something deceptive about the exhibition on view at the University of Houston’s Blaffer Art Museum. Installed through Sept. 30, The Propeller Group, a trans-pacific collective based in Los Angeles and Vietnam, utilizes the tools and strategies of advertising and marketing—branding, new media, applications—to examine the culture and history of Vietnam as well as its role as a growing capitalist market. 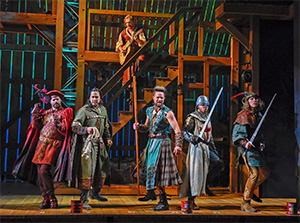 DALLAS—History’s sexy and swashbuckling thief, Robin Hood, finally has his own musical.   Dallas Theater Center, winner of the 2017 Tony Award for Regional Theater, presents the world premiere of Hood: The Robin Hood Musical Adventure, with a book by Five-time Tony®-nominated playwright Douglas Carter Beane and music by Lewis Flinn, through Aug. 6 at the Wyly Theater.

Robin Hood and his Merry Men in DTC’s HOOD.
Photo by Karen Almond.

more about the Dallas Theater Center on A+C TX 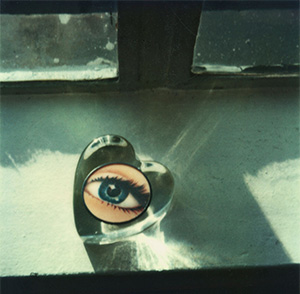 #1:  The Polaroid Project at Amon Carter

FORT WORTH—The Polaroid Project: At the Intersection of Art and Technology has landed at the Amon Carter Museum in Fort Worth, and is on view through Sept. 3. Seeking to explore the revolutionary impact of Polaroid photography since its invention in the mid-20th century, the exhibition is only the beginning of a new chapter of research on the subject.