DALLAS-AT&T’s Off Broadway on Flora series presents the Rude Mechs’ Stop Hitting Yourself, commissioned and premiered at Lincoln Center.

The iconic Austin troupe’s ode to decadence, capitalism and queso (yes, there’s a queso fountain), played to mostly sold out houses for a six-week run in New York City.

The company makes their Dallas debut with this engagement. 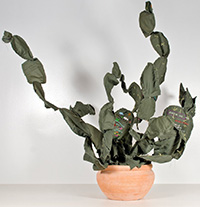 The Other Side  at Asia Society

Treacherous voyages across land and water, crowded conditions in trucks or boats, border officials, detention centers, extreme fatigue, and even death: There is much specific and intense imagery that we can associate with the story of immigration to America. During a visit to the Asia Society’s current exhibition, The Other Side: Chinese and Mexican Immigration to America however, you will be hard-pressed to find many representations of these scenes. Instead, works by six contemporary artists diversely and creatively embody the message of exclusion and the experience of hardship experienced by Chinese and Mexicans since the beginning of their migration to the United States in the 1800s. See the work at Asia Society in Houston through July 19.

DALLAS-Dallas Symphony Orchestra’s first-ever Soluna International Music and Arts Festival is upon us, May 4-24, with guests from all over the world and partnering organizations such as AT&T Performing Arts Center, the Dallas Museum of Art, Dallas Black Dance Theater, the Goss-Michael Foundation, the Nasher Sculpture Center, and even the Perot Museum of Nature and Science. The festival also showcases Visual artists Alex Prager, Pipilotti Rist, Francisco Moreno and Monte Laster, along with a world premiere by Black Dance Theatre and a performance by Dallas’ rising boutique troupe, Avant Chamber Ballet. 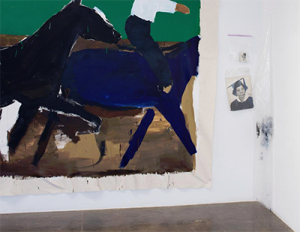 SAN ANTONIO- Los Angeles artist Henry Taylor took his artist residency at San Antonio’s Artpaceto heart. Titled They Shot My Dad, They Shot My Dad, his installation is a complex, multilayered consideration of the gun culture in Texas, inspired by his grandfather, who was shot in East Texas in the 1930s. Taylor depicts his grandfather riding a horse in his largest painting and in another painting, a wide-eyed black chauffeur driving a vintage car appears to be trying to outrun a racehorse, horses as Taylor’s symbols of the elusive freedom granted African American men. The installation is not without its faults, but Taylor undoubtedly used his time in Texas to create thoughtful, compelling work. See Taylor’s work, alongside work by fellow artists in residence Autumn Knight and Oscar Murillo at Artpace through May 17. 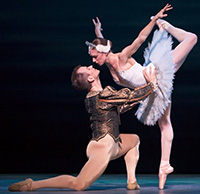 AUSTIN—Ballet Austin wowed us last year with their gorgeous Sleeping Beauty, we can’t wait to see another warhorse classic. The company, known for its cutting edge contemporary work, ends its season with Swan Lake, a cherished classic that gives this company a chance to strut its considerable classical savvy, May 8-10 at The Long Center.

HOUSTON- This month, the Museum of Fine Arts, Houston, will open Cosmic Dialogues: Selections from the Latin American Art Collection, an exhibition highlighting visual explorations of light and the cosmos from the Museum’s collection of Latin American art. Although the show will consist of almost 50 pieces of work in various media, the centerpiece of the exhibition is Gyula Kosice’s immersive, single-room installation La Ciudad Hidroespacial (The Hydrospatial City), last on view at the Museum in 2009. At a time when few paid attention to the physical depletion of the planet, Kosice’s Hydrospatial City was both a sounding alarm and a poetic manifesto for mankind’s survival in space.  Other featured artists include Martha Boto, Gustavo Díaz, HoracioGarcía Rossi, Gego, Julio Le Parc, Gregorio Vardanega, and Pablo Vargas Lugo. The exhibition will be on view May 14–Aug 23. 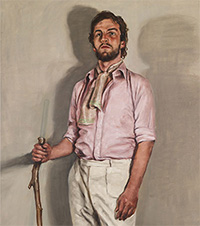 Michaël Borremans at the Dallas Musem of Art

DALLAS- As Sweet as it gets is an impressive and thoughtful introduction to the multivalent work of Belgian artist Michaël Borremans, showcasing more than a hundred works of art, almost half of which are paintings. In Borremans’ world, an iconographic realm informed by Freud’s notion of the uncanny holds sway.

The paintings have a light touch, with an even palette that shies away from hard lines and extreme detail in order to evoke the indeterminacy that Borremans seeks to convey. His paintings more or less serve as an antidote to technological certainty and instant answers, where the first response is amplified and privileged over the slower contemplative reaction, and supports the alternate aesthetic vision he brings to bear on our reality.

MARFA – Ballroom Marfa’s Sam Falls features work created during the artist’s residency in Marfa in July of 2014. The exhibition, which will be on view through Aug. 16, touts an impressive body of media including sound, video, and site-specific work that will be installed to react to the desert’s erratic weather patterns. It is a show that promises to link Marfa’s old-world beginnings with its 1970s heyday while pushing the city’s identity forward.