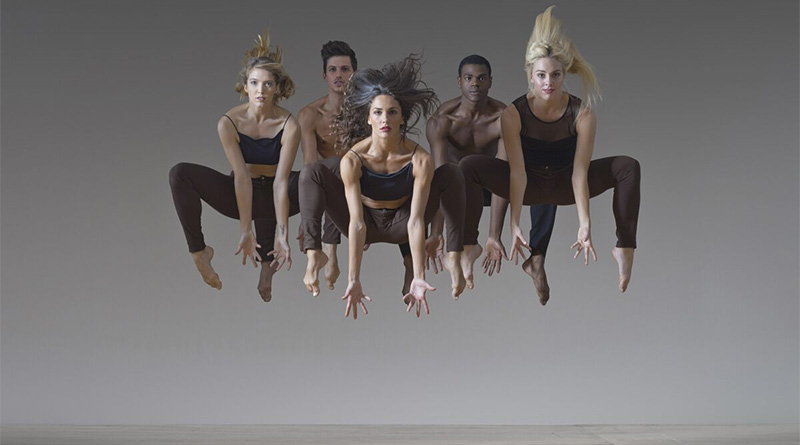 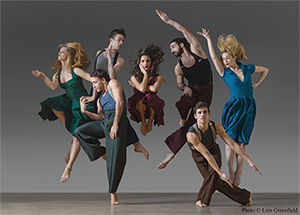 more about TITAS on A+C TX 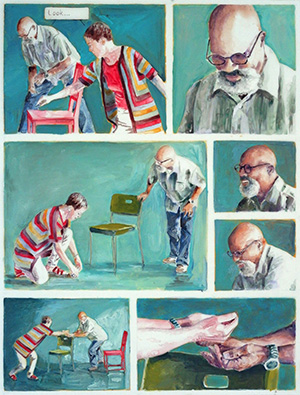 HOUSTON—In the latest paintings, on view at Anya Tish Gallery through June 23, Lillian Warren has engaged volunteers to enact “short improv scenarios” that seem oddly dreamlike. “I tell them to navigate through an imaginary maze, or have a conversation about their least favorite politician, or pretend there’s a strange creature in the corner and you don’t know what to do,” she says.

The resulting scenes, in which characters interact with one another in undefined spaces, sometimes with a chair, ladder, or stool between them as a prop, are pregnant with tension, although what kind of tensions is left for the viewer to decide. The narratives are nebulous, yet Warren’s painting style is anything but. Her luminous painted Mylar surfaces weave the eye in and out between positive and negative space, integrating her “limbo-land” with the figures and their festively patterned clothing. 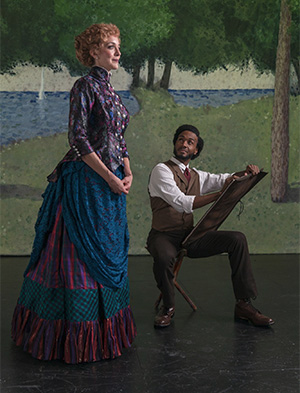 #3: Sunday in the Park at the ZACH

AUSTIN—ZACH Theatre presents Sunday in the Park with George, Stephen Sondheim’s Pulitzer Prize-winning musical, through June 24 at the Topfer Theatre. Dave Steakley, ZACH’s artistic director sets the scene: “ ‘White. A blank page or canvas…’ are the opening lyrics sung by Georges Seurat in Sunday in the Park. In our production, we will tell this story the way that theater artists embark on a creative process, which is to start with a bare stage—the Topfer will be a fully exposed playing space where we see each creative design element made in front of us. The orchestra will be onstage because I want the audience to visually experience the way composer Stephen Sondheim sonically paints with his musical score.”

more about the arts in Austin on A+C TX 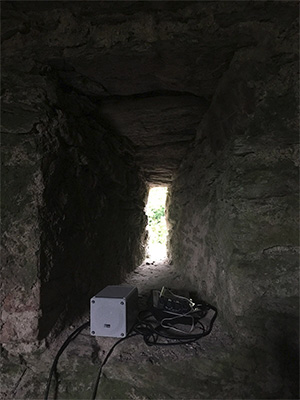 DALLAS— Orchestrating connection alongside a dedicated concern with atmosphere and context are through-lines in Luke Fowler’s diverse work in performance, music, and film. For Gone Reflections (Part 2), a joint commission between the Nasher and Lismore Castle Arts in Ireland, Fowler was interested in what he refers to as the “sonifying” of objects, coaxing sounds out of objects which would otherwise remain, at least to our ears, silent. He essentially “recorded” two different sculptures in the museum’s collection, Naum Gabo’s Constructed Head No. 2 and Barnett Newman’s Here III. To capture and make audible the sculpture’s inherent sounds, he attached signal generators to each and set them to sweep sine waves between two frequencies. Gone Reflections (Part 2) is installed in the Center’s garden through Aug. 19. 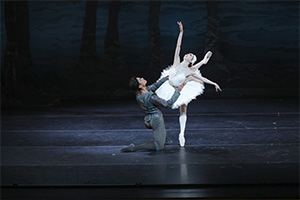 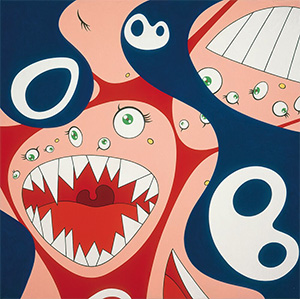 #6: Takashi Murakami at The Modern

FORT WORTH—When we think of the images created by acclaimed Japanese contemporary artist Takashi Murakami, we perhaps can’t help but see visions in our heads of smiling daisies, sleepy-eyed mushrooms, menacing mouse-like creatures with very sharp teeth and cartoon bears vaguely reminiscent of Kanye West. The new exhibition at the Modern Art Museum of Fort Worth, Takashi Murakami: The Octopus Eats Its Own Leg, on view June 10 through Sept. 16, seeks to go beyond the familiar, anime-inspired images to explore the evolution of an artist producing vast, epic paintings while always remaining dedicated to his craft. 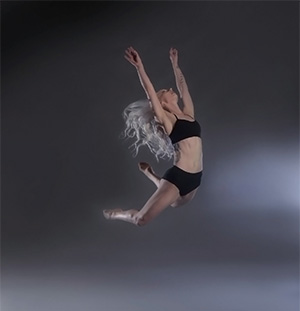 DALLAS—Bruce Wood Dance presents Harmony, a program that includes a world premiere by internationally acclaimed, New York-based choreographer Yin Yue, plus two works by Bruce Wood, The Day of Small Things and Rhapsody in Blue, June 15-16 at Moody Performance Hall. Artistic Director Kimi Nikaidoh states, “Rhapsody in Blue is elegant and joyous and has been an audience favorite since it was created in 1999, and The Day of Small Things is enchanting. Yin Yue’s world premiere for the company is also stunning. Her unique movement vocabulary stretches our dancers and broadens the range of our repertory.” 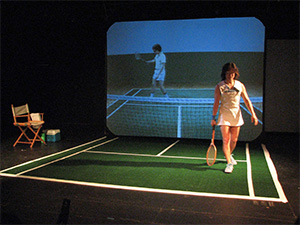 HOUSTON—Once identified as the oldest microcinema in the Southwest, Aurora Picture Show has distinguished itself as a home for cutting edge moving image art (specifically that which often doesn’t quite fit general expectations) and has grown into a full-fledged media arts center. Whether historic, documentary, narrative or experimental, a live performance or installation, events at and with Aurora are not often repeated, meaning these unique experiences are ephemeral. The beloved organization celebrates its 20 year anniversary on June 7 with a party that will feature multiple projections of past event and video footage, highlighting and honoring contributors and supporters of Aurora, making for another unforgettable Aurora experience. 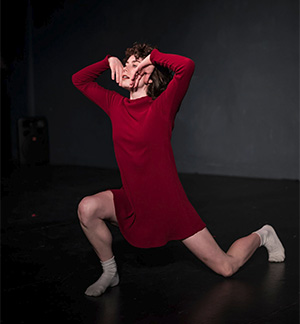 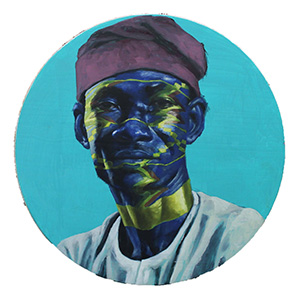 Spencer Evans will present some of his most recent work, which builds from and reflects his CADD FUNd-ed research, at Conduit Gallery in his first solo exhibition I Am Because We Are on view through July 14. Through his paintings, he invites his audience to witness conversations between Black Americans and Nigerians as he portrays the similarities and differences he found. The CADD FUNd event, which takes place this year on June 7, is a funding opportunity for which current or former B.A, B.F.A., M.A. or M.F.A. graduates or candidates from institutions within 100 miles of Dallas can apply with a project they want to pursue in the community. Six finalists, chosen by jury, present their proposals to the audience, who then has the opportunity to ask questions and vote for the project they want to see realized. The winner receives the funds raised that night, which ranges anywhere from $2500 to $7500.