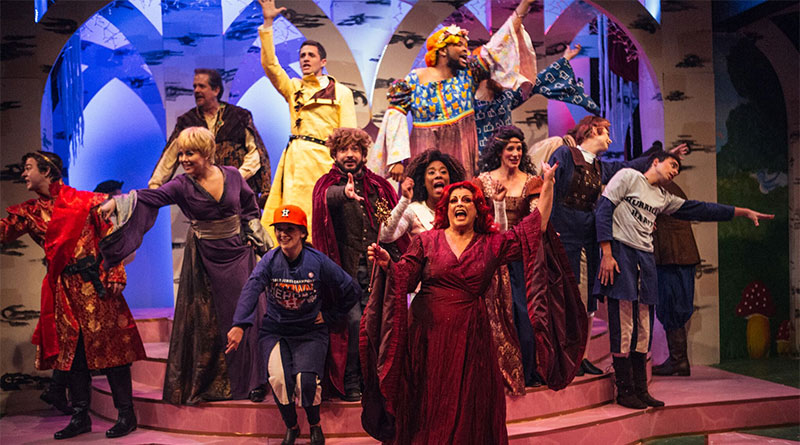 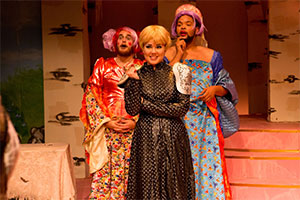 HOUSTON—Stages Repertory Theatre is offering two very different holiday stage experiences for the whole family to enjoy. Panto Cinderella was the very first Panto production Stages presented in Houston and has become a holiday tradition ever since. With a book by Kate Hawley, music and lyrics by Gregg Coffin, originally conceived and directed by Paul Witworth, and fresh choreography by Courtney D. Jones, Panto Cinderella is a ton of fun, through Dec. 31. For those who want a juicy Xmas story go see A Midnight Clear: A Musical Tale of Christmas, with a book by Stages artistic director Kenn McLaughlin, and music and lyrics by David Nehls, through Dec. 24.

#9: Asian Textiles at The Dallas Museum of Art

DALLAS—The Dallas Museum of Art’s next third-floor “focus installation”—a yearlong rotation of works, often drawn from a relatively unheralded part of the permanent collection—might seem an unlikely addition to its list of past impressive firsts. But while the museum’s collection of luxury Asian garments and ornamental hangings has been decades in the formation, Asian Textiles: Art and Trade Along the Silk Road—on view Dec. 16, 2017 through Dec. 9, 2018—marks the first time a selection has been presented in a stand-alone exhibition. 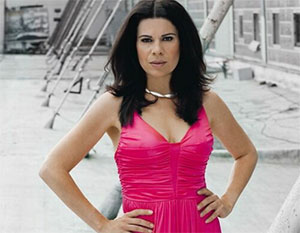 SAN ANTONIO—The great city of San Antonio turns 300 in 2018 and the San Antonio Symphony is celebrating in style with a Tricentennial Festival, where Maestro Sebastian Lang-Lessing leads the Symphony in an evening that includes Beethoven’s Eroica, Ellington’s The Three Black Kings, Elgar’s Enigma Variations, and the world famous soprano Ana María Martínez, Jan. 5 and 6 at H-E-B Performance Hall at the Tobin Center for the Performing Arts. 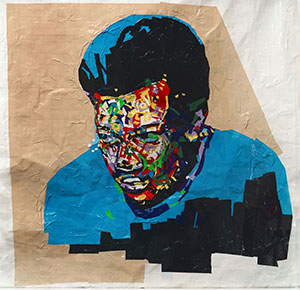 HOUSTON—For Nathaniel Donnett, whose work finds expression in a wide range of modes, the studio has a way of expanding beyond the walls of his art-making space into the larger world. For In One Form or Another; Verse One, his exhibition at Houston’s Art League on view through Jan. 20, Donnett is tying his own work to a long history of vibrant protest movements created by African Americans, while slyly referencing geometric abstraction. 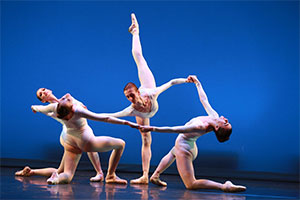 DALLAS—Dallas’ favorite boutique troupe, Avant Chamber Ballet, has a flurry of activity this winter. Next up is the start of the subscription series Dec. 14-15 at Moody Performance Hall with A Ballet Christmas Carol, Katie Cooper’s clever rewrite of the classic Dickens tale, where she turns Scrooge into a bitter old ballet teacher and it contains some of Cooper’s most creative choreography to date. Her Appalachian Spring then debuts in Alexandria, Virginia, on Jan. 28, Avant is accompanied by the Rapides orchestra performing Copland’s original score for 13 musicians. “It’s beautiful, very expressive music,” Cooper says.

more about the Avant Chamber Ballet on A+C TX 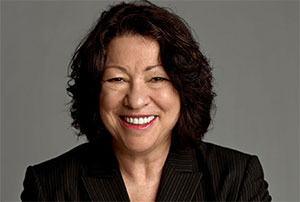 #5: The Latino List at San Antonio Museum of Art

SAN ANTONIO—Timothy Greenfield-Sanders’s larger-than-life portraits of notable Latinos, on view at the San Antonio Museum of Art through Dec. 31, have a commanding presence. The 31 Hispanic men and women in the show are accomplished figures from business, politics, entertainment, media, and sports. Shot in 2011 and 2012, they are part of an ongoing series of groups or “lists” that includes The Black List, About Face (female models), The Out List, The Boomer List, The Women’s List, and most recently, The Trans List. 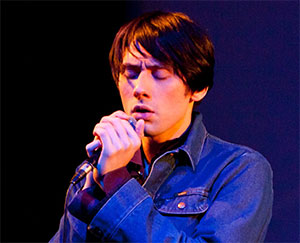 AUSTIN—Last season’s Fusebox Festival introduced us to New York-based singer/writer/entertainer Joseph Keckler. Since then, Texans are getting better acquainted with the sublime but hard-to-define Keckler as he has made several recent trips here, culminating Jan. 23-24, 2018 in two upcoming performances at the Long Center, co-presented by Fusebox Festival, simply titled An Evening with Joseph Keckler. 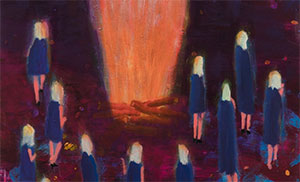 #3:  Katherine Bradford at Fort Worth Museum of Modern Art

FORT WORTH—The selection of recent paintings by Katherine Bradford in the Modern Art Museum of Fort Worth’s intimate Focus show of her work, on view through Jan. 14, overflow with color: Day-glo greens, crystal turquoises, and neon pinks. The figures in most of Bradford’s paintings lack any palpable sense of agency. They’re marching, entranced, toward some unseen goal, or caught, indistinct and almost featureless, under the moon’s delicately illustrated rays. Given the pervasiveness of color, it’s almost as if the violence of the overwhelming surrounding visual experience forces these figures into anonymity. 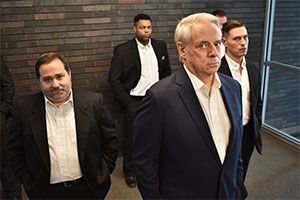 DALLAS—In 2018, Dallas makes room for another theatre troupe, Imprint Theatre works as they launch their inaugural season with David Mamet’s classic drama Glengarry Glen Ross, running Jan. 12-27 at the Bath House Cultural Center. Founded by Joe Messina and Ashley H. White, Imprint has an ambitious first season. “My hope is that we will bring a fresh approach toward collaboration and the ensemble-based mindset in DFW,” says White. “I also think the shows we have chosen are unique, exciting, and represent different aspects of theater that aren’t often produced here.” 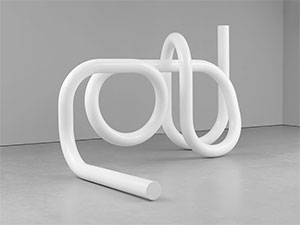 #1: Carol Bove at The Contemporary Austin

AUSTIN—The Contemporary Austin presents an outdoor exhibition of new and recent large-scale sculptures by Swiss-born artist Carol Bove in the meadow of Laguna Gloria through Nov. 2018. For the show—the museum’s first monographic exhibition of a single artist at the sculpture park, and this artist’s first exhibition in Austin in 10 years—Bove “interprets a classical sculpture garden, reinventing it in a multitude of abstract forms in varying shapes, colors, and scales.”