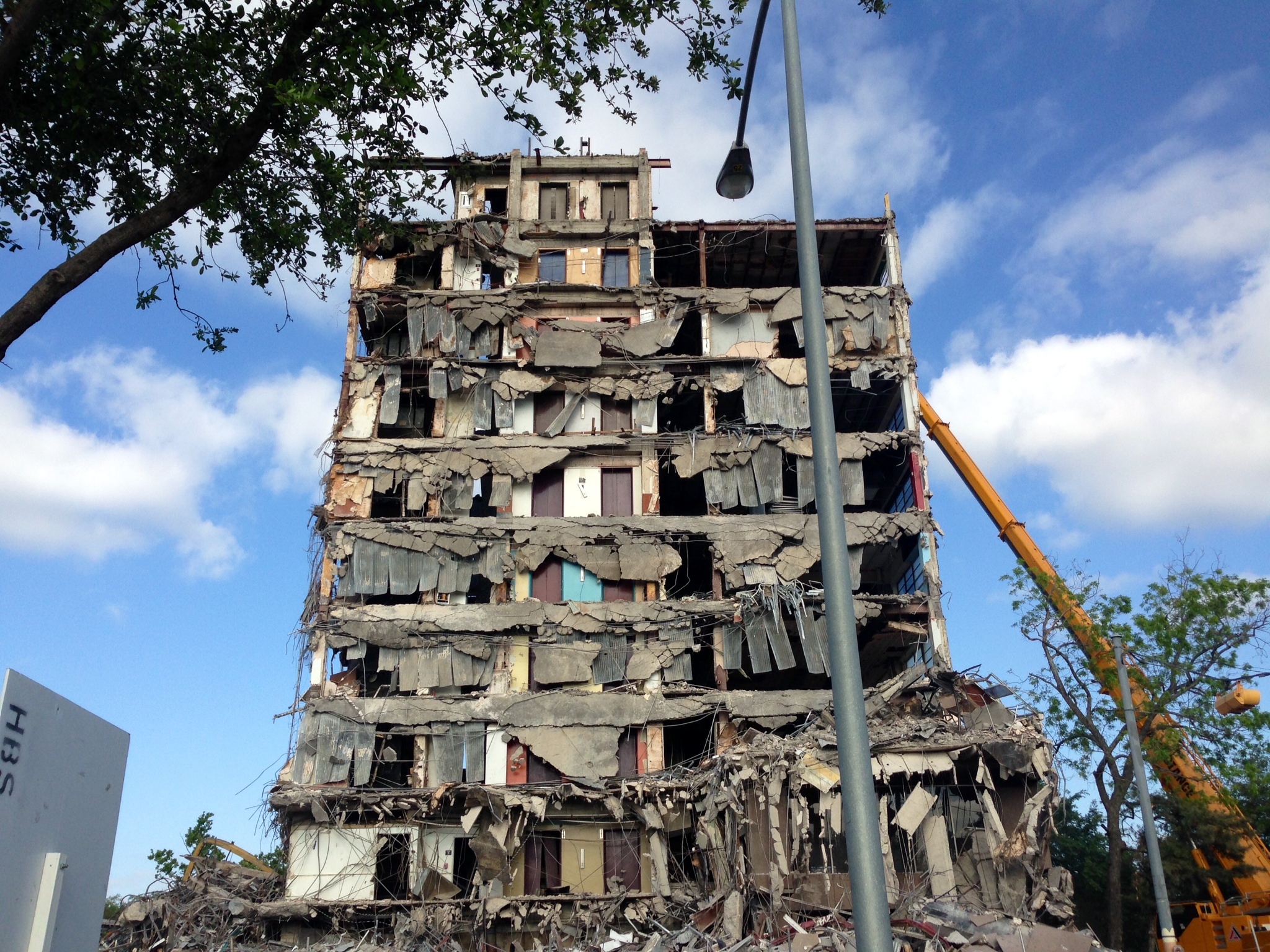 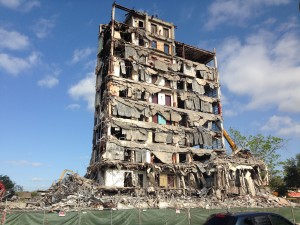 There’s a lot of good public art on view right now, from the sculptures the Hermann Park Conservancy has brought to one of Houston’s most popular parks for its centennial to the Heights installations co-curated by Gus Kopriva and Chris Silkwood. But for sheer scale, raw beauty, poetry and poignancy, none can touch the ongoing top-down demolition of the 10-story building at 3400 Montrose.

Some of Havel Rucks Projects’ most ambitious works, such as Inversion (2005) and Give and Take (2009), can at least compete on the latter three counts, making the duo of Dan Havel and Dean Ruck an astute choice for Art League Houston’s Texas Artist of the Year for 2014. Much of their art is about the aching beauty of the flux evident in these pictures. In the 1960s, the Vancouver-based N.E. Thing Co. photographed intriguing forms in the built environment and stamped the photos with the company seal denoting them as Aesthetically Claimed Things. Nowadays we all do that in our heads.