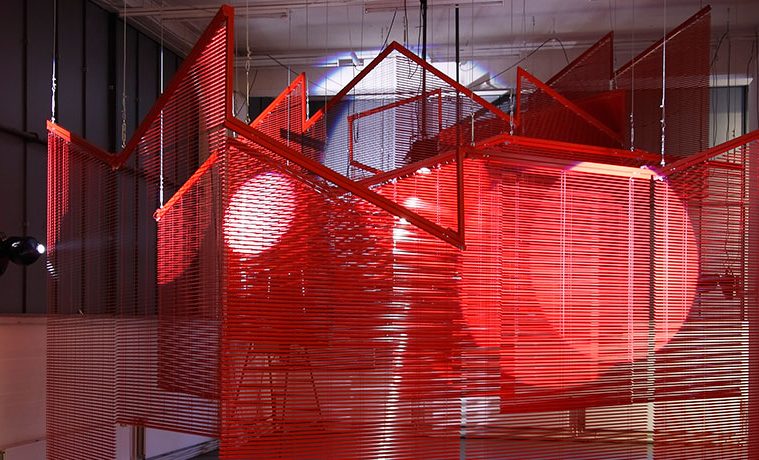 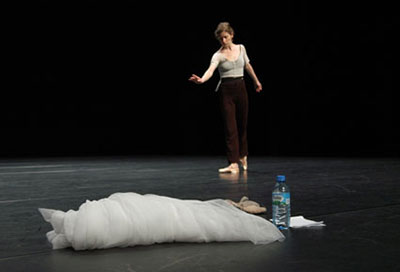 Huddled in front of an Apple screen with Contemporary Art Museum Houston curator Dean Daderko watching Jérôme Bel’s stunning 2004 video, Veronique Doisneau, two things became clear: the power of performance can transcend the size of any screen; and the performer need not be in the room.

Bel’s iconic portrait of the Paris Opera ballerina Veronique Doisneau is a potent reminder that performance exceeds the boundaries of the theater space, an idea that forms the heart of Double Life at Contemporary Art Museum Houston, Dec. 13-March 13. In addition to Bel, the exhibit also includes work by Wu Tsang, and Haegue Yang.

CAMH is no stranger to the performance arena; in fact, in its early years, the museum even had a dance curator. Many recent shows included a performance component. Local dance artists Lydia Hance, Karen Stokes, Laura Gutierrez and Jane Weiner have all moved within the CAMH walls, while Musiqa offers concerts in conjunction with exhibits several times a year, and will offer one of their loft concerts inspired by Double Life on Feb. 26.  It’s safe to say that the CAMH is the most action-based art museum in Houston. 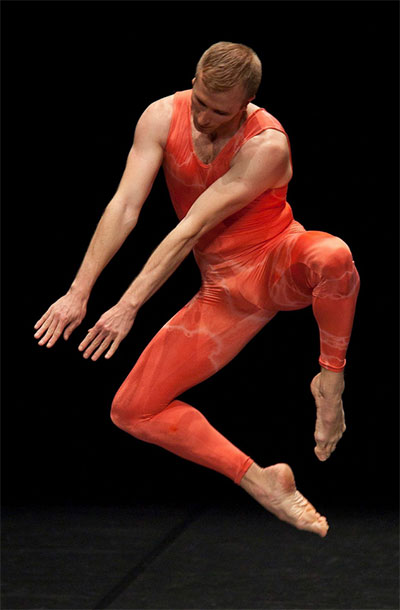 “There so much going on now with performance in museums, yet sometimes there’s a very simplistic understanding of what that is,” says Daderko. “It’s really a much more expansive and subtle field. There’s performing for a camera, or there are ways that a viewer might feel implicated. All of culture can be seen as a performance.” As someone who once accused a painting of performing, I am all over any discussion that hopes to bend, twist and even distort our tradition of what constitutes a time-based experience. And of course, I appreciate it when visual art institutions invite and welcome some aspect of the performing arts. “The idea is to bring together these three artists to conduct a conversation on these issues,” says Daderko. “Each of these artists expounds on the field in creative and inventive ways.”

Bel is a good place to start, because he challenges the very notion of what a choreographer does, which is to make up movement. In Veronique Doisneau and Cedric Andrieux (2009), which will be performed live on Jan. 30 and Jan 31, there will be dancing, but it will not have been choreographed by Bel. Instead, he will direct the dancers in a narrative about their dancing lives.“He gives the agency to the dancer,” adds Daderko. In Cedric Andrieux, —the longtime dancer with Merce Cunningham and Lyon Opera Ballet— reveals the pain, beauty and heartbreak of a life on stage. The fact that his own body and life form the “object” of the work connects to the idea of duality. 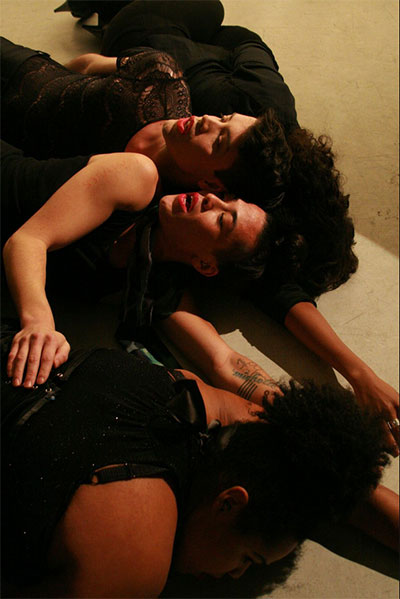 Houston audiences became familiar with Wu Tsang’s work during his DiverseWorks exhibit and CounterCurrent performance last spring. Tsang offers two different pieces: how we perceived a life (Take 3) (2012),  shot by Wu Tsang on a single 400-foot long roll of 16mm film stock, featuring performers lip-syncing to prerecorded footage from Jennie Livingston’s iconic documentary, Paris is Burning, and other source material; and the premiere of  Miss Communication and Mr:Re (2014), a two-channel video installation in which Tsang and Fred Moten, a poet and critical theorist, enact attempts to communicate.  Miss Communication and Mr:Re was created using an interrotron, a device developed by documentary filmmaker Eroll Morris, which allows the interviewee to look directly into the camera, lending a disarmingly honest quality. Both works address an element of re-enactment in their methods and materials, a source-based doubling.  Daderko notes, “By setting the stage for actors—including himself—to interpret earlier moments in documentary filmmaking, Wu Tsang’s works pose questions about identity, agency, representation, and exploitation.”

Haegue Yang’s Mountains of Encounter (2008), a labyrinthine sculptural environment of suspended Venetian blinds illuminated by moving spotlights, creates a visually dramatic space, and may represent the most elusive connection to performance. “The affect of Haegue Yang’s Mountains of Encounter is that of a theatrical stage setting,” says Daderko. “There’s a sense that something is about to happen, and viewers might wonder, “what am I in the middle of?” Yang’s work was inspired by clandestine meetings in the mountains of Northern China between American journalist Helen Foster Snow and Korean national Jang Jirak, a relationship chronicled in Snow’s 1941 book Song of Ariran. According to Dakerko, Yang’s piece transcends its source inspiration, functioning more like an abstract painting.

Each of these works plays with time, source material, and the increasingly  fluid boundaries between the museum and stage setting. Double Life gives the viewer/audience a chance to crack the performance quandary wide open.