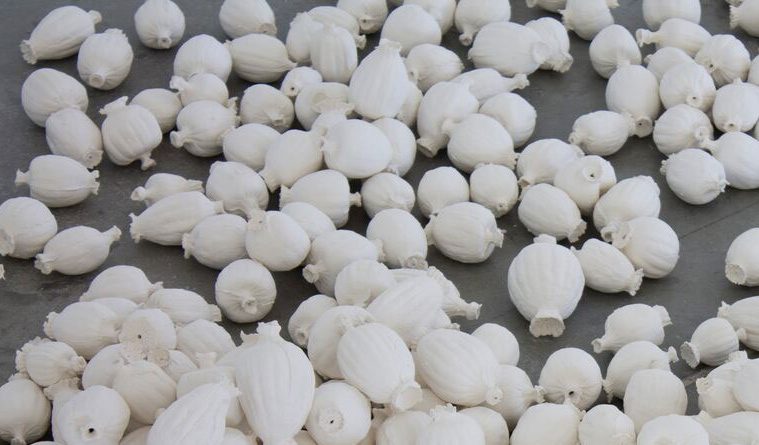 The Harvest of Leisure 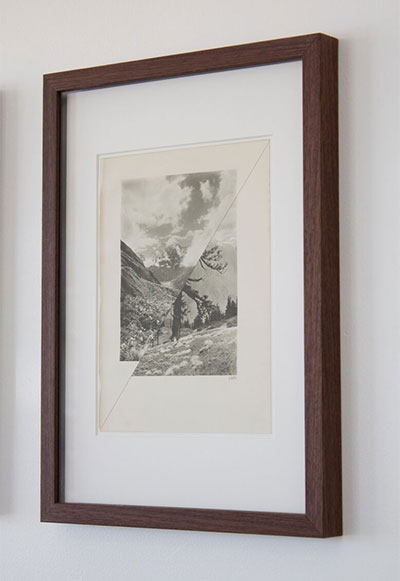 Throughout history, our worldview and therefore our art have often been characterized by either an awe of the spiritual or a faith in mankind’s own capacity for creation and imagination. The work of Sybren Renema stands ambiguously between the two.

For The Harvest of Leisure, Renema’s first solo show at Dallas’ Cydonia Gallery, the artist tries on the persona of Samuel Taylor Coleridge, one of the English Lake Poets and a progenitor of the American transcendentalist movement, allowing the poet’s life and writing to inform his own exploration of our experience of, and alienation from nature in the 21st century, through the concept of the sublime. Renema is steeped in the history of literature and philosophy as well as the more recent landscape-worship that has given rise to a modern state of simultaneous infatuation with, and disassociation from, the world in which we live.

Like many of his contemporaries, Renema is a multi-disciplinary artist, accustomed to assembling installations rather than single works and The Harvest of Leisure is a cohesive examination of his subject matter. He seems to be working from a space between our warring belief systems, neutral in his attitude to both spirituality and humanism, and informed by the concept of the Platonic ideal. His work challenges our perhaps inadvertent “othering” of the world around us and the resultant inability to conceive of the sublime either in nature or otherwise, through our reliance on the forms and rules which have been built up in our collective contexts over time and now serve essentially as stand-ins for reality.

Landscape is a particularly powerful object. The advent of popular and newspaper photography in the 20th century brought with it increased access to the rest of the world as well as the fetishization and inevitable formalization of the majestic landscape; continuous exposure to the majestic built up an immunity to its power. Renema uses Coleridge and the transcendentalists’ belief in the wonder of nature and their practice of actively and constantly participating in it to inform a body of work which portends to force a reconsideration of the landscape through its transformation. The resulting work is simple but powerful.

In one ongoing series, Mountains, a selection of which is on view at Cydonia, Renema splices along the horizontal axis various photos of landscapes from his impressive collection of old National Geographic magazines, leaving one half of the image as is and inverting the other in a falsified “mirror image,” transcending our experience of the landscape by literally “othering” it into an impossible non-space. 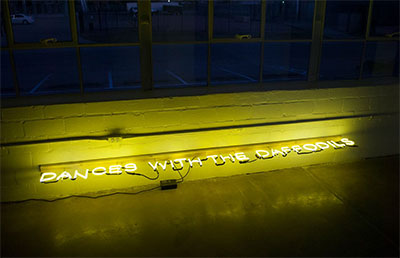 In Chasms, another series of spliced photographs, images of landscapes from an early 20th century book on the Himalayas are spliced down the vertical axis and juxtaposed with images of different vistas. In these works Renema, although imperfectly and with varying degrees of success, creates a new landscape, fantastical yet deceptively actual, in an allusion towards the sublime.

True to his source material, he acknowledges the transcendentalists’ occasionally neutral stance on whether internal or external wandering deserves preference with the hundreds of delicately fired sculptures of poppies which grace a corner of the gallery, an overt allusion to Thomas de Quincy’s Confessions of an English Opium-Eater. Renema too is neutral on whether one form of wandering is better than another, perhaps it is something each individual must determine for him or herself, each liberating in their own way.

Something which has come to define Cydonia shows is the inclusion of text as an integral part of the exhibition. This time two pieces of text rendered in neon serve as delicate guides to the show’s content. One piece features the words “Fancy” and “Imagination” hung haphazardly from an animal skull, the words pointing bluntly to the transcendentalists privileging of both undefined “states” in their experience of the world. The other piece is a phrase from Coleridge, “Dances with the Daffodils,” another ambiguous yet charged reference to nature and our experience of it.

Renema is a collector, as all artists should be. The challenge of course, for Renema as it is for all artists, is the concrete synthesis of influences to which you are indebted and between which you have made connection. The translation of that confluence into an intelligent and cohesive body of work has become the marker of artistic success. In The Harvest of Leisure, although each piece is not equally as poignant, Renema has imbued all of his work with an ambiguity befitting his influences: his objects are at the same time freed of meaning yet existing in conceptual union each with the other thanks to a strong thesis and consistent execution.