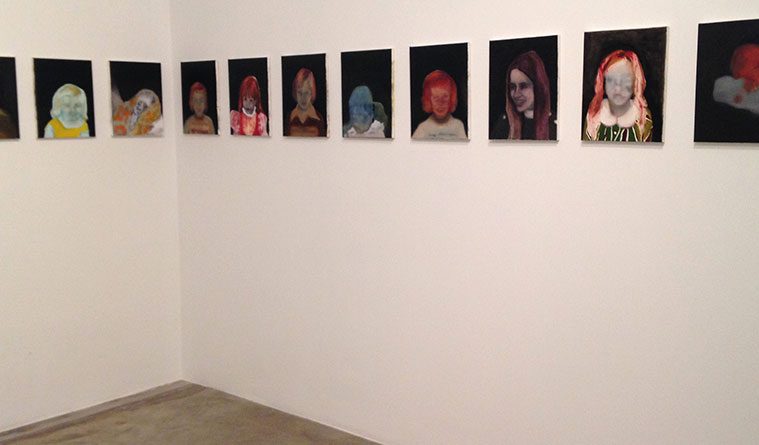 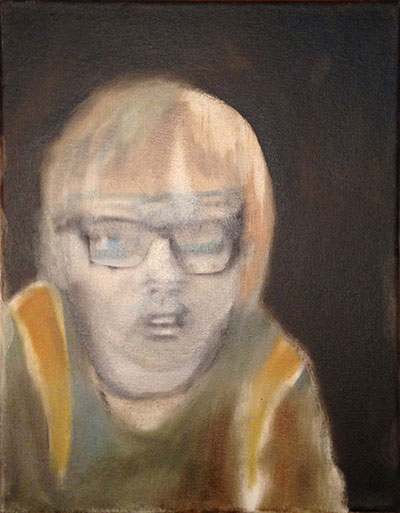 Marjorie Schwarz, Self and Family Portrait Series, Detail. Water based oil on canvas. 2009-2010.

The otherworldly portraiture of Marjorie Schwarz

A new exhibition of paintings by Dallas based artist Marjorie Schwarz recently opened at the Goss-Michael Foundation as part of their (Feature) series.  This newer programing intends to focus on significant artists who live and work in Dallas by having their work share the spotlight with artists shown within the international focus the foundation has used as a model since its inception.  In this case Schwarz’s work has been paired with another female artist, Alex Prager, whose photographs and videos are also on exhibition in adjacent galleries. Each artist addresses the body in distinctly unique ways.

Schwarz’ work seizes on an otherworldly tone that she pulls from her sources to create work that is personal, eerie, and strangely hypnotic.In the Self and Family Portrait Series she remains within the same parameters and format for each work.  All are water-based oil on canvas at an intimate 14X10 inches, with the head and torso of the subjects rendered against a black background. Over thirty paintings from this series are presented in the front gallery space, mostly portraits based on family photos and executed between 2009-10.  In the project room the four pieces are more recent, 2011-13, each including several figures rather than single portraits, signaling a shift toward narrative perhaps, as the figures interact in an actual space. 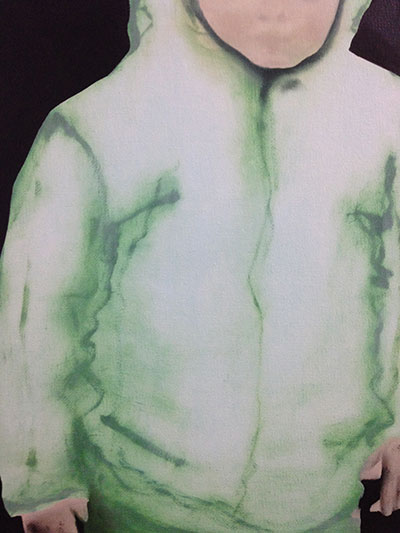 Schwarz’s imagery in this body of work continues to explore her interest in illusive, abstracted images and their introduction into the realm of portraiture.  They range in tone from a rendering of the subject with quasi-accuracy, such that a recognizable person is depicted, to faces that are hauntingly blurred.  She extracts a likeness from the photo source and slowly layers paint, using bright colors that seem to make the subjects glow; they look as if cropped by the black background that frames them and against which they compete to emerge, as if out of that same blackness.  A shimmering halo effect is at play here that triggers a type of visual light metaphysics, revealing an imperceptible essence.

The people become more than what they probably were in the original photos because the seen and the unseen meld together.  They look to be all ages, from infants and children to adults possibly forming a visual family tree.

All of the pieces are fiercely original and compelling in their rigor, they almost defy categorization and bring to mind so many art historical sources. Part German Expressionism, part Neo Expressionism, and intermixed with Marlene Dumas and Lisa Yuskavage, Schwarz looks to have found her mature signature style, it’s only a matter of time before she begins to receive a deeper national interest and a wide collector base.If the pieces in the project room represent an illustration of things to come, this further complexity in composition and format would propel her aesthetic aspirations from the single point portrait to the plurality of social interaction, teaming with dialogue and exchange.