The Language of Allegory: Shirin Neshat at The Modern

Nearly a year into the global pandemic, it’s likely we can all relate to the idea of the imagination as a passport. Psychic freedom has long been important to artist Shirin Neshat, because the borders of her physical world have been especially unyielding. “Dreams are able to cross boundaries,” Neshat explains. “What I dream is a way of approaching reality.” The formative event in Neshat’s life was the Islamic Revolution of 1978-79, which unfolded while she was a student in California. She has never returned home. The effects of this event reverberate through Neshat’s photography and video work, three decades of which will be on view this spring in a retrospective exhibition at the Modern Art Museum of Fort Worth. The show, titled I Will Greet the Sun Again runs Feb. 28 through May 16.

Throughout her long career, Neshat has used the language and imagery of dreams to discover the truth about the experiences of exiles, of women, of religion, and of herself. “A lot of artists living in exile use this style of magical realism,” she says. It’s a way of critiquing the status quo that comes with an innate veneer of plausible deniability. “You could kill someone in a dream and you’re innocent.” Even so, Women of Allah, the oldest work in the exhibition, created quite a stir when the series was first published in the 1990s. “Women of Allah is about the revolution, the role of women,” Neshat explains. It depicts veiled women staring directly at the camera, their gazes as pointed as the firearms they brandish. “Seeing the body is very controversial,” she says. “It was problematic in Iran and also for the western gaze. That became a very controversial series.”

In some of her photographs, Neshat has superimposed calligraphic poetry which snakes and spirals over the face or hands like a tattoo. Much of the text has been appropriated from poet Forough Farrokhzad, an Iranian writer who died at a relatively young age, but who Neshat describes as a personal “hero. The way she speaks is so full of metaphor.” In a reference to these inscribed photographs, the exhibition’s title borrows a line from a poem by Farrokhzad, one full of evocative imagery and references to death and birth. “She did a sacrilegious thing,” Neshat says about Farrokhzad’s taboo-breaking expressions of female sexuality, “but she did it with a profound sense of allegory.”

Neshat has long been more comfortable with the language of allegory, although always in response to real-world events. “I started to move away from Iran,” she says. Her work took her as far afield as Morocco, Azerbaijan, and Egypt. “I have become more of a nomad.” A series of works in I Will Greet the Sun Again come from her documentation of the young protestors of the Arab Spring and their parents after its backlash. Then in 2016, her adopted home country, the United States, elected a president whose first action was an executive order directly aimed at Muslims.

“After Trump was elected and my home became jeopardized,” she realized, “It’s time for people like me to offer my perspective.” The resulting work is the exhibition’s most recent- Land of Dreams—a lush black and white film in which the artist shows her spiritual and physical journey through parts of America. The terrain is vast, and the people are dreaming, both literally and figuratively, creating worlds from their imagination. The film’s main character is a stand-in for the artist, a woman whom the narration describes as “lost.” As an artist living between two cultures, she says “you train your creativity to relate to multiple people. If I was talking to just an Iranian audience I might strategize differently.” The aesthetic is stylized and haunting, but “Land of Dreams is so much about reality,” Neshat insists. It’s about “all of us living together and making it our home.” 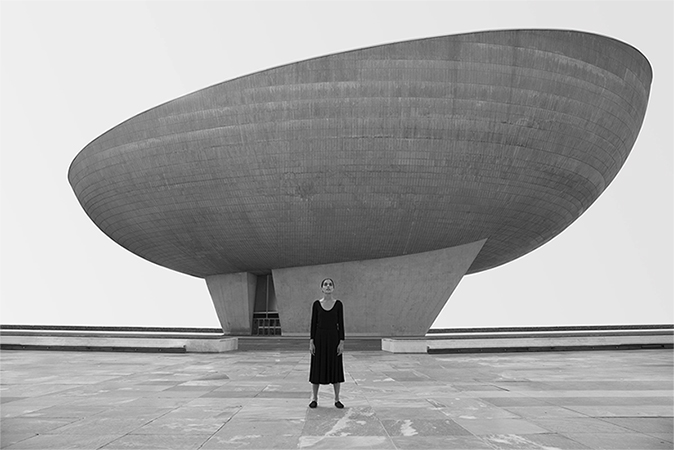 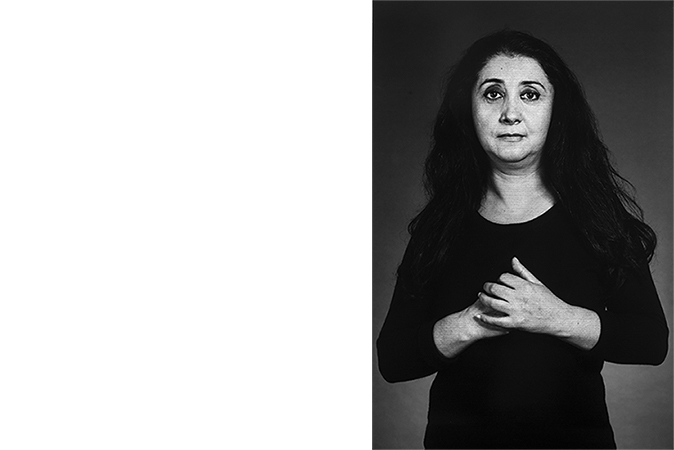 Shirin Neshat, Ilgara, from The Home of My Eyes series, 2015. © Shirin Neshat/Courtesy the artist and Gladstone Gallery, New York and Brussels. 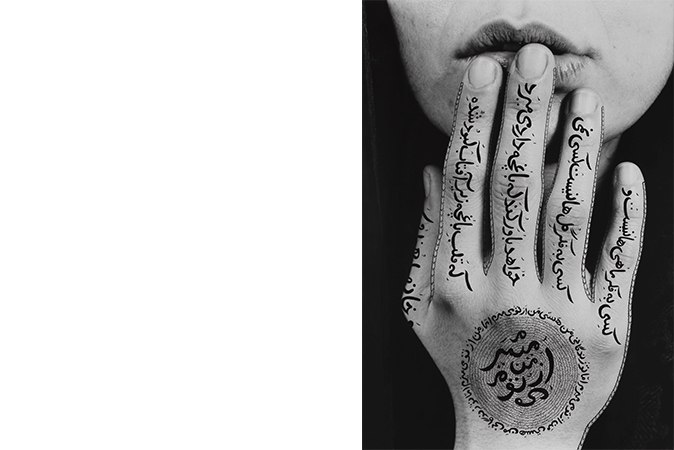 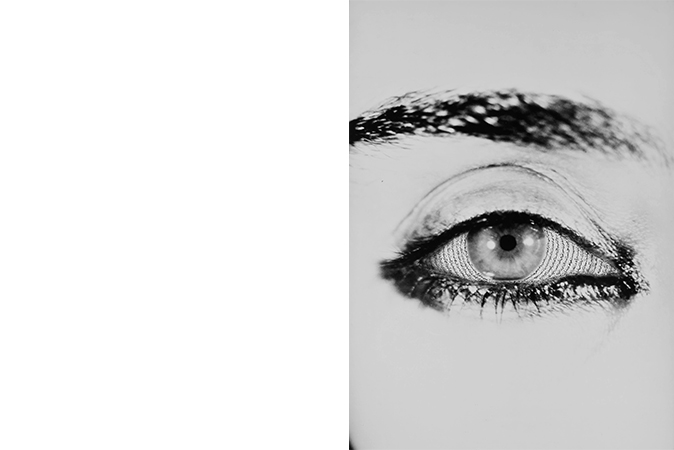 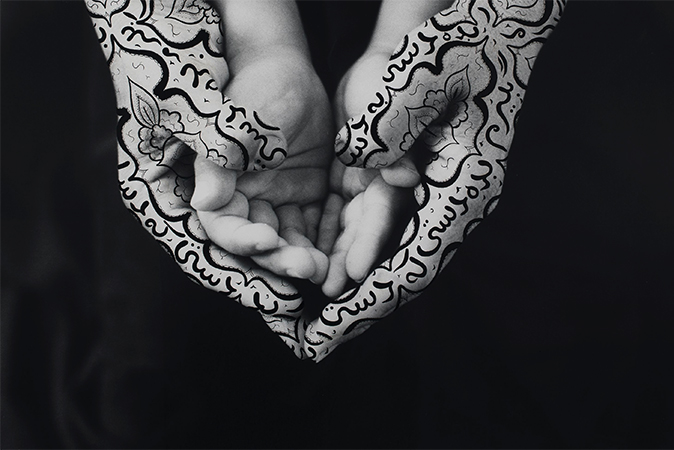 In the narration of Land of Dreams, the speaker keeps confusing the first and third person as she relates her tale. “She was lost…I was lost.” It’s a small gesture that provides a big clue: We can see that Neshat’s images, although dazzlingly realized, are not meant to give us the biography of one specific person. As she explains, “I dream in both languages.” These are not portraits; they are mirrors. Immersed in them, we can try on other homelands and alternate personas. And as in a mirror, we can see things that we can’t from the inside looking out. “The two sides are not that different,” she says. When asked about her own dreams, the artist merely laughs “I dream a lot…too much.”