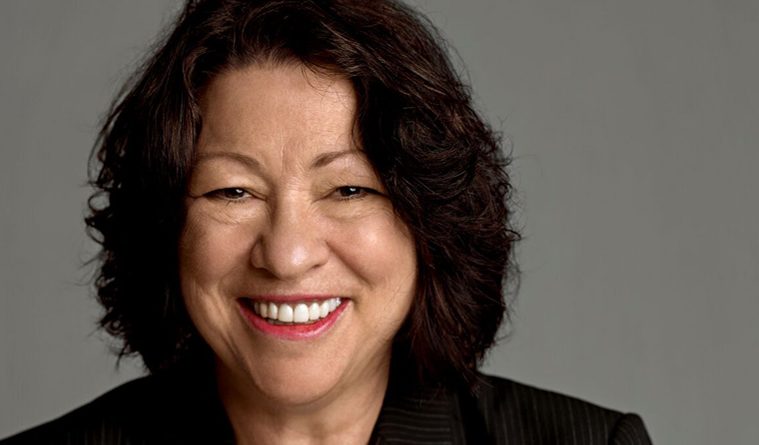 The Latino List: Photographs by Timothy Greenfield-Sanders at the San Antonio Museum of Art 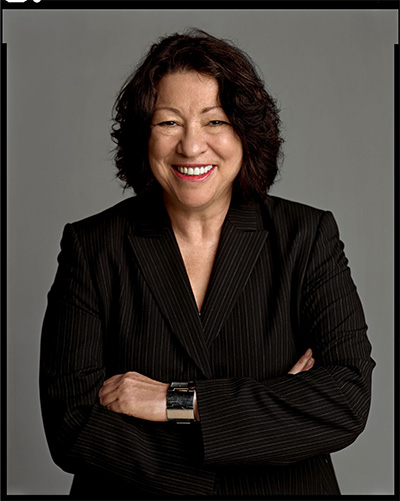 Timothy Greenfield-Sanders began shooting large-format portraits in the late 1970s, using an 8×10-inch camera to capture a certain expression or pose that would reflect something memorable in his subject. His larger-than-life portraits of notable Latinos, on view at the San Antonio Museum of Art through Dec. 31, are presented in two darkened galleries directly behind the main entrance to the museum, and hung somewhat higher than most artwork which gives them a commanding presence. He shoots all his subjects against a neutral background with a single light source to simulate natural light.

The 31 Hispanic men and women in the show are accomplished figures from business, politics, entertainment, media, and sports. Shot in 2011 and 2012, they are part of an ongoing series of groups or “lists” that includes The Black List, About Face (female models), The Out List, The Boomer List, The Women’s List, and most recently, The Trans List.

Greenfield-Sanders only minimally directs his subjects. Actors, models, politicians, and musicians know how to project themselves as they wish to be seen, and he encourages that, shooting them in their own clothing, jewelry, hats, etc. Writer Sandra Cisneros, for example, wore a black top that reveals a large tattoo on her left arm and striking Native American bracelets. New Jersey Senator Robert Menéndez, comedian George Lopez, and retired golf pro Chi Chi Rodríguez all chose suits and ties, while actor John Leguizamo wears a tank top and silver chain around his neck.

During the opening weekend of The Latino List in San Antonio, the museum screened the HBO documentary by the same name, essentially bringing the portraits to life. The subjects speak directly to the camera for several minutes about a range of things, including their childhood, parents, and what it was like growing up Hispanic. Greenfield-Sanders and his team spend up to two hours with each subject, first doing the interview and then shooting the portrait.

The portraits are accompanied by statements by the subjects. San Antonio is represented in the series by former Mayor Henry Cisneros, Sandra Cisneros, and actress Eva Longoria whose wall text reads, “Growing up I didn’t see a lot of images of Latinos. Mostly because I was very sheltered. So you didn’t know that Rita Hayworth was Latino. My role models growing up were my mom, my aunt, my grandma, my sisters.” Pit Bull says, “The strikes I had against me getting into the rap game—being white, blue eyes, from Miami, where nobody thought anybody could rap.” Other images include Supreme Court justice Sonia Sotomayor, musicians Emilio and Gloria Estefan, actor America Ferrera, and supermodel Christy Turlington Burns.

Greenfield-Sanders’s portraits are straightforward but not simple. They exist on several layers—as intriguing photographs of famous people, as powerful images of influential individuals, and as timeless works of art. They raise questions regarding how an increasingly polarized American society is divided into groups based on race, religion, nationality, age, sexual preference, etc. These portraits celebrate the individual while still advancing the concept of community and its increasing relevance.

Today nearly everyone has a smart phone with a camera in their hand, and everyone is a photographer. The selfie, the group party shot, the vacation pics shared on Facebook and Instagram—the sheer proliferation of photographs in the world—tend to render the professional photographer extraneous or, at the very least, undervalued. By using a large-format camera to produce such lush prints, Greenfield-Sanders sets himself apart from the amateurs. And his choice of this particular group of people—Latinos—is particularly intriguing. The Latino population, which was nearly 58 million last year, accounted for half the population growth in the U.S. since 2000. There is no denying the influence of this segment of the population, and in these portraits, the subjects project a growing sense of power after decades of being underrated, unappreciated, and underpaid.

Leguizamo talks about going to auditions very early on, saying, “I went to all these places and got rejected, people telling me to ‘change your name,’ ‘maybe you could pass for Italian,’ ‘stay out of the sun,’ I didn’t care …. Regardless of what this country tells you in the negative images that you see everywhere, we had a big hand in making this country what it is.” Most of the Hispanics who appear in the movie talk about all they had to overcome to be successful, including poverty, discrimination, and isolation.