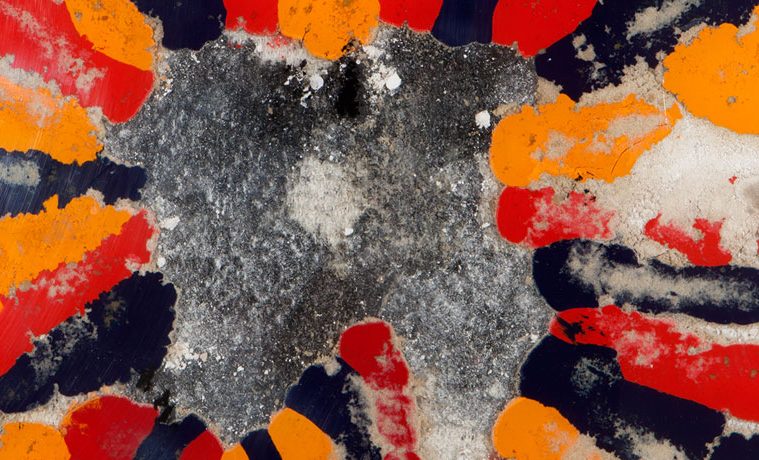 The Phone That Won’t Stop Ringing

Arthur Peña on the Anxiety of Painting 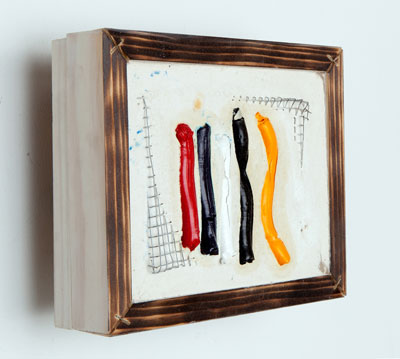 Dallas-based painter Arthur Peña seems to be everywhere these days.  He’s had solo shows at RE gallery + studio (2013) and Oliver Francis Gallery (2012) and has been featured in group shows at the Texas Biennial, the Dallas Museum of Art and elsewhere. He also recently launched the experimental West Dallas space WARE: WOLF: HAUS.   Benjamin Terry caught up with Peña, whose next solo show, slight shift, steady hand, will be on view Jan. 11-March 30 at Dallas Contemporary, to discuss the work in his ongoing Attempts series.

I like to think of an Attempt as a phone forever ringing. The person calling has a clear goal in mind, but without the participation of the person being called, there is no resolution.

Each Attempt is me calling painting and it never picking up. Embedded in this … is an underlying anxiety. Why isn’t the other person picking up? Are they dead? Do they not want to talk to me? Is everything OK? At a very base level, the Attempt speaks to the anxieties of the human condition, of never getting an answer. The space of the attempt is a mode of production, a way of occupying my time.

A+C:  What rules or limitations do you set for yourself?

It could just be a game of semantics, but I’d rather think of my practice as residing within constraints. First and foremost, it is absolutely fundamental that I approach my work as a painter, which I adamantly recognize myself as, and that I understand my work to rest within the discourse of Painting, which is the core constraint. 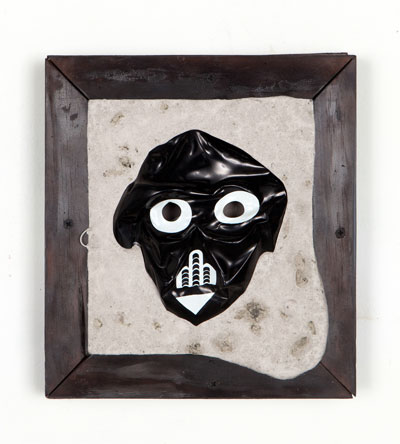 In the beginning there were actual rules that I followed to make the work but the work kept pushing back and I had to give up these falsely-imposed borders. It became very clear to me that paintings are to be discovered. That’s exciting, but also frustrating at times. I can’t tell you how many Attempts I look at and still feel unsure about. But I don’t see my role as a critical one in relation to the work. This is what the Attempt allows. I make something and move on because I never understand it to be the final answer.

A+C:   Over the course of your Attempts, you’ve had a few different shifts. What happened?

(They) were a direct result of paying attention to the work and where it was going. (In other cases) I ran out of some materials, or I had an abundance of other materials, so I used what was available. The introduction of the shop towels, studio rags or a black plastic bag is an example of this. The worst thing I think I could do is be in the studio and not be doing something, so I’ll reach for whatever is around and see what happens when it is forced to exist within/as a painting.

Attempt 66 and the introduction of oil paint was something that I feel like I had been working towards. For the longest time paint never did what I wanted it to do.

I had to find a way back to paint that was going to function within my work. The attempts were always made with the conventions that are specific to painting, the most relevant of these being the frame/stretcher, but did not utilize paint per say. It’s like how Reservoir Dogs is a heist movie without a heist; you just see the aftermath.

It wasn’t painting that needed to change; it was how I was thinking about paint. I needed to understand it as just another material to be used.

A+C:  When making work, to what extent does intuition come into play, and where/when does conditioning or convention start to interfere?

I’ll start by saying that Painting is bigger than me. Within this are the formal elements like color, composition, etc. There is no escaping this. These are the conventions/conditions that one must accept in anything visual. Broken down, Painting has other conventions/conditions such as frame/stretcher, the wall, mark and intent. These are very broad and there are numerous other ideas that can fall under these.

So to answer half of your question, these conventions/conditions are always at play or, as you put it, interfering. It’s just a matter of choosing how to address them, which points back to intent. 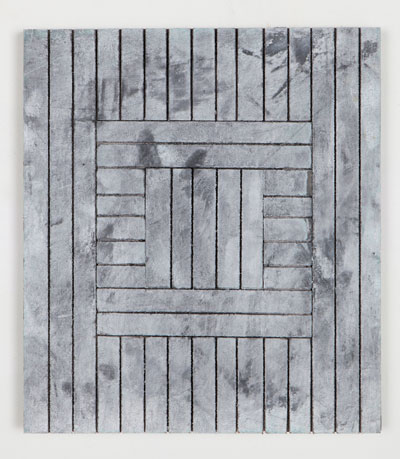 My take on (intuition) is that when I’m working within the visual language I’ve set up for myself and my work for a certain amount of time there is a reflex that builds up, like muscle memory. The problem with intuition is that it relieves the artist of the responsibility that is inherent in intent. There are moments when I can’t explain why something happened in the work or why I chose one material over another, but those decisions come from spending time with the work, thinking about the work, looking at the work and making the work.

It’s like if you spend all your time with someone you come to know what they might do in a certain situation. It’s a sense of familiarity, and just like a relationship, I might come to understand what might happen in the work. This is when I would need to spice things up in the bedroom or move on if it’s not working out. The work shifts according to its responses to my intentions and I must listen. Intuition is a mystified sense of observation.