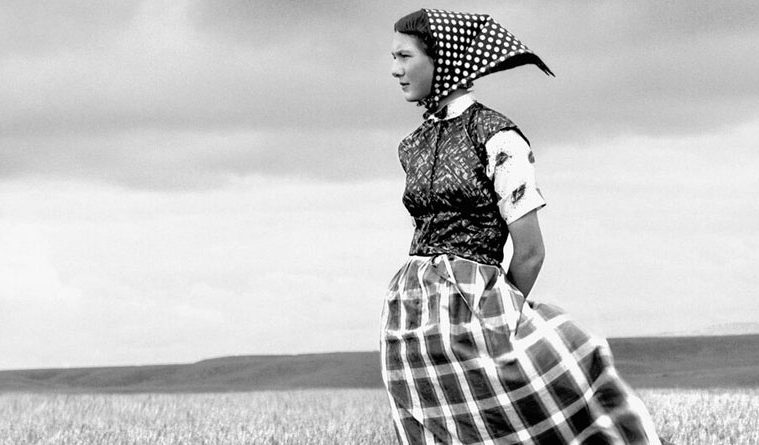 The Reality of the West

The Photography of Laura Wilson 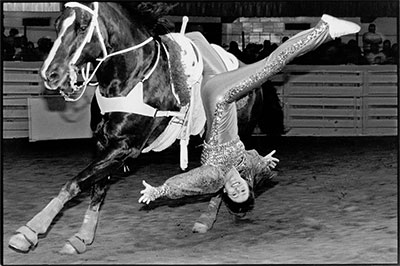 That Day: Laura Wilson, currently on exhibit at the Amon Carter Museum of American Art, features photography that spans three decades of Wilson’s life and work. The subjects of the 74 photographs include Fort Worth rodeo performers, fighter pilots, Texas ranchers, and Native American communities in South Dakota.

Wilson grew up in Norwell, Massachusetts but has resided in Texas since 1966. A painting major in college with a lifelong interest in photography, she turned to the camera in a more serious way after her children were born.

“I came into professional photography quite late, in the sense that I was in my 30s when I began in earnest,” Wilson said. As it turned out, the skills she amassed as an artist–understanding form, color, and the movement of light–would serve her well in her second career.

The current exhibit isn’t Wilson’s first partnership with the Amon Carter Museum. In 1979, the Fort Worth museum commissioned Richard Avedon to photograph an exhibit chronicling the American West. Wilson requested to assist Avedon, serving as something of a cultural translator as the native New Yorker crisscrossed the western part of the country for six years.

Wilson is from a small, close-knit community, and says she feels kinship with small-town subjects.

“I am drawn to people who live in isolated communities, whether by circumstance or accomplishment,” she said. Avedon’s In the American West was an opportunity for Wilson to multitask: She assisted Avedon while photographing him and learning from him, and was also able to occasionally take her children (Andrew, Owen and Luke, now all actors) along with her.

Wilson then continued photographing subjects in western communities. Her work has appeared in The New York Times Magazine and The Washington Post Magazine. That Day: Pictures in the American West is her fifth book.

Wilson’s photographs are a study in contrasts. Some, like the pictures of cockfighting and dog fighting (both illegal activities now), are brutal. The artist asks the viewer in the work to question what he or she knows about the mythology of the West.

John Rohrbach, senior curator of photographs and the exhibition curator, agrees with Wilson.  “Americans tend to think of the West in terms of space, aridity, liberty, and its cowboy heritage,” Rohrbach said. “Laura defines the region as framed by individualism, hardship, perseverance, and violence. Sometimes this means recognizing its outlying cultures and its problems.”

“I didn’t want to just show the romance of the West,” she said. “I was interested in the reality of the West.” 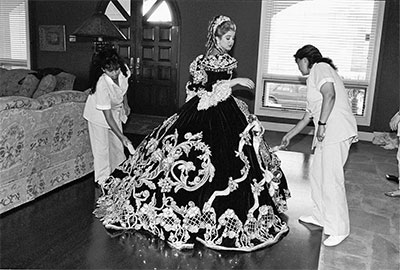 Some are breathtakingly beautiful, like the solemn Hispanic girls in Dallas wearing gorgeously ornate first communion dresses, replete with veils. These photos starkly contrast with desperately poor children in colonias in Nuevo Laredo, Mexico. Wilson writes in the text accompanying the photo of a young girl on the border that she often wonders about what happened to the people in her pictures.

“That’s what I think is so amazing about a photograph,” Wilson said. “It can remind you of your happiest day, or it can break your heart.”

Wilson’s work on the Texas-Mexico border took the artist well out of her comfort zone. In the past, it was easy to go across to Nuevo Laredo, take some pictures, and return. But that’s changed over the last two decades, in part due to the nature of illegal drug activity.

“Nothing has happened to me,” she said. “But you can’t cross the border back and forth and be completely comfortable. There’s real danger there. You’re not imagining it.”

On the Texas side, Wilson photographed debutantes in Laredo participating in the Society of Martha Washington Colonial Pageant and Ball. As far as cotillions go, it’s not your traditional event. Laredo’s society families are multicultural, multi-ethnic: Anglo, Spanish, Protestant, Catholic, and Jewish.  The women wear heavily beaded formal gowns with hoop skirts, which Wilson says can cost as much as $30,000, weigh almost 100 pounds, and take a year to make.

“All of it (the pageantry) reinforces the sense of culture, history and family life that make up this community,” she said. 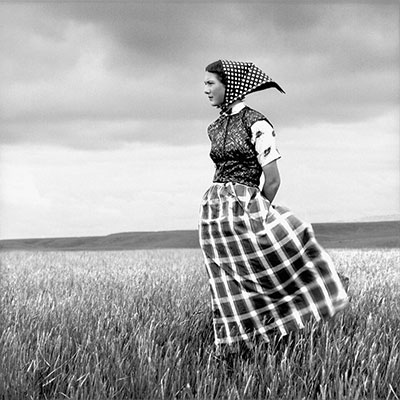 The pictures of debutantes were shot over a brief period of time. In contrast, it took Wilson fourteen years of respectful persistence to capture her stark pictures of Hutterite communities. Hutterites, a religious group living on the northern plains of central U.S. and Canada, are similar in culture to Mennonites and the Amish, although they’re less assimilated than the Amish. Wilson says she made the trek to Montana a few weeks at a time over 14 years, gaining admiration for the way that these multigenerational families live.

“They’re prosperous farmers and ranchers,” she said. “I was impressed by the strength of their family life. There’s a kind of shy politeness, a familiarity country people have with each other. That’s one thing that drew me to them.”

Ultimately Wilson received permission from a pastor to photograph members of the community. Toward the end of the project, a Hutterite woman named Anna Kleinsasser, with whom Wilson had become friendly, said of the pictures  “…that maybe a soul can be saved by… looking at…the way we dress, our modesty, the kind of life we lead. Maybe they’ll be helped. That would gratify God.”

Wilson will present a free lecture at the museum about her work on Thursday, October 1 at 6 p.m. That Day: Laura Wilson will be on display through Feb. 14, 2016
.
—LAURIE JAMES